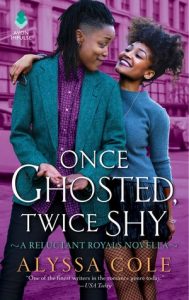 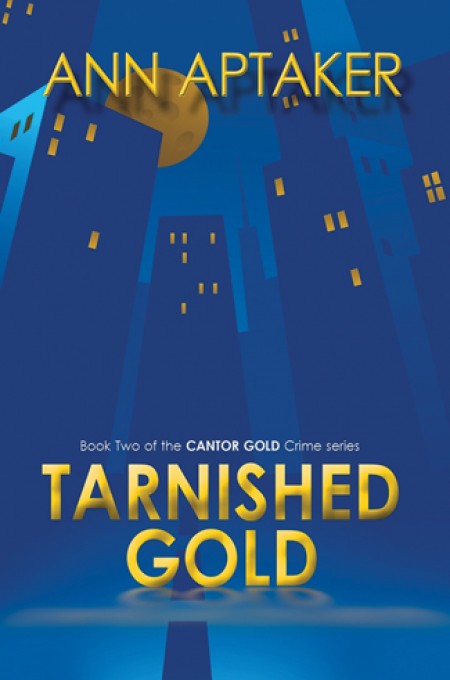 I can’t think of a better time to post this review because Tarnished Gold—the second book in Aptaker’s Cantor Gold series—has just been named the co-winner of the 2016 Golden Crown Literary Award in the Mystery category. It was previously named co-winner of the Lambda Award, making it the only book ever to have won both awards.

Tarnished Gold finds the dapper art smuggler Cantor Gold in trouble not only with the police, but with the New York mob as well. It seems that her client, for whom she recovered a Dürer landscape  painting from a Nazi in Europe, was brutally killed shortly after Cantor made the delivery. A mob boss is suspected, so to stop the cops from nosing around his business, he wants Cantor to find the killer—or else.

I’m a sucker for historical mysteries, so the fact that this book is set in 1950 already makes it a plus for me. But to keep on my right side, it has to sound like it was written in 1950 in addition to being well written and having interesting characters. Well, fear not, this book has all those. It may not be as good as Deborah Powell’s two novels about Hollis Carpenter, set in the 1930s, but it is well on the way. What it reminds me most of, though, is Therese Szymanski’s When the Dancing Stops, whose main character, Brett Higgins, also operates on the wrong side of the law.

Cantor Gold, like Brett, is a pretty unlikable character. For one thing, her face gets so continually banged up that many people’s first reaction would be to wince (she is, in fact, the Tarnished Gold of the title). She is intelligent, but selfish and she treats her women poorly. Her devotion to Sophie—a missing ex-girlfriend—may be sweet and honorable, but not at the expense of others who deserve better. As Cantor herself says, “I was always mystified by what Sophie saw in me.” Well, join the club. She also says, “I can be a cad and I know it.” But having a louse for a main character doesn’t mean a whole lot when the author is able to wield a keyboard as well as Aptaker does. In fact, it seems that she enjoys pointing out Cantor’s flaws.

When her woman-of-the-moment, Vivienne Parkhurst Trent, takes her to task for her ill treatment, Cantor agrees, although silently: “I’m speechless now, as if my tongue’s been cut out with the sharp blade of truth.” It is this kind of self-realization—and this kind of poetic writing—that puts this book in the way-above-average category. And Aptaker is a wiz with a simile. A police squad car—which Cantor loathes—is described as having “a chrome grill that looks like a mouth ready to spit.” It also“hugs the curb in front of my building like a rat claiming territory.” Not only are these descriptions vivid, but they are appropriate both for the time period and for Cantor’s mindset. It’s hard to get any better than a simile that works on three different levels.

I’ve already mentioned Szymanski’s book, but Tarnished Gold also reminds me of the fine novel by Lisa E. Davis, Under the Mink. The protagonist, Blackie Cole, is a 1940s nightclub singer who sometimes finds herself to the left of the straight and narrow. Like Cantor, she dresses mannish—so much so that she is always frightened that her place of business will be raided by the police and that she will be arrested for impersonating a man. The same holds true with Cantor and her friends—and the police in Tarnished Gold are not exemplary representatives of New York’s finest. The main cop in the story, Lieutenant Norm Huber, would do virtually anything to put Cantor in prison or in a psych unit. His vitriol is so palpable that we get the idea that he would gladly kill Cantor just to get such a pervert off the streets. I mean, it was bad in those days. Real bad.

Cantor, with her sidekicks Rosie the cab driver, Judson the information gatherer, and Red the tugboat skipper, have to delve into the very depths of New York’s criminal society to try and find out who is killing people and stealing their paintings. There are several more characters that increase the enjoyment of the story. One of them is Esther “Mom” Sheinbaum, a fence who seemingly can find out info on every piece of stolen goods in New York City. She reminds me much of Mrs. Sucksby, from Sarah Waters’ excellent Fingersmith. Sorry to drop so many names into this review, but I love it when an author pays homage to those who have gone before.

The novel has a few flaws (some of which I have communicated privately to the author), but nothing to bring it down to less than a 4.

Note: I read the Advanced Review Copy of this novel which was kindly provided by the publisher through Netgalley in e-book form.

For 200 other Lesbian Mystery reviews by Megan Casey, see her website atchttp://sites.google.com/site/theartofthelesbianmysterynovel/  or join her Goodreads Lesbian Mystery group at http://www.goodreads.com/group/show/116660-lesbian-mysteries