A dark, haunting, gothic novel, Emily M. Danforth’s Plain Bad Heroines (2020) is a delightfully dark queer book with a complex and fun premise that was right up my alley.

Set across two separate timelines, the first begins in 1902 Rhode Island at the Brookhants School for Girls. Two students, Flo and Clara, are known to be uncommonly devoted to one another and to a writer named Many MacLane and her book. The two girls form The Plain Bad Heroine Society based around their love of each other and the book. But when their secret meeting place in the school’s apple orchard becomes the scene of their violent and startling deaths, a series of bizarre events begin to take place on the campus—haunting the students and staff until the school shutters for good five years later.

The second timeline finds us in the present day. Merritt Emmons publishes a hugely popular book about the darkly queer history of Brookhants School. The book inspires a film adaptation that introduces the reader to a cast of main characters. These three heroines will return to Brookhants for filming, but as they do, “past and present become grimly entangled” and the haunting forces that terrorized the Brookhants Heroines from a century ago may not be quite finished with their curse.

A layered story with multiple timelines and black and white illustrations by Sara Lautman, Plain Bad Heroines is an example of the neo-Gothic at its best. I absolutely loved this book. I ordered a copy as soon as a heard about its release, and I was not disappointed. Dark and Gothic, with characters that are thoroughly compelling and mysterious. The book alternates timelines and perspectives across chapters, but I never felt lost or confused. The narrative of Danforth’s novel is a complex one—it has many clues, red herrings, and conspiracies that constantly kept me guessing. And even then, I couldn’t guess the ending. I loved Danforth’s use of symbol and metaphor, and her investment in making both of her timelines as real and vivid as possible. In addition, the narration—with a cheeky narrator who addresses the reader and draws attention to the ‘storied’ nature of the novel—was fun and exciting and helped to organize the book’s complex plot.

The best part of Plain Bad Heroines is that nearly everyone is queer. Queer people abound across both timelines and I was particularly interested in Danforth’s portrayal of the queer women. Not only does Danforth link her modern and historic queer characters with each other through their shared and haunting experiences, but she also imagines a version of queer life in the early twentieth century that has an element of realism amongst her haunting and supernatural plot.

I could not recommend this book enough for those who love queer historical fiction, horror and the Gothic, or a good and dark mystery!

Please visit Emily M. Danforth on Twitter or on her website, and put Plain Bad Heroines on your TBR on Goodreads. 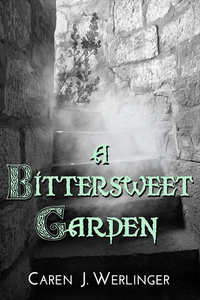