I am in the middle of THE most epic reading slump this summer. I haven’t been reading a tenth of what I usually do, and the genres and storylines that usually capture my attention just aren’t doing it for me right now. But I’ve read these books 3.5 times so far in 2022 and I can’t imagine it won’t be more. There’s something about alien invasion and ultra-mega-creepy levels of instant fame that my soul finds very comforting right now.

This duology follows one 23-year-old woman, April May, as she accidentally makes first contact with an alien life force and then even more (or less, depending on who you believe) accidentally becomes wildly internet famous. With her band of friends and enemies and frenemies (including her ex-roommate/girlfriend), April must navigate these hitherto unreckoned dimensions, trying to save the world without losing herself.

The most remarkable thing about these books, in my opinion, is not the aliens or the internet but April herself (at least in the first book). Hank Green writes with such a strong, precise, compelling narrative voice with a narrow, central first person narrator who is so charming and funny as to make you forget how utterly unreliable she is. Especially when read in audio, the whole experience feels like April is telling you a story, directly into your ears, and the intimacy of that narration is electrifying. Hank writes complex, sympathetic, human characters whose humanity is the crux and core of every terrible decision and beautiful triumph. The story is fresh and exciting and dynamic, and then he breaks open all the doors in the sequel lending nuance and dimension with each distinctive POV.

I found myself so invested in the (beautifully executed) intricacies of plot, but even more invested in the humanness and complex hope of each of these characters. In this story, good conquers evil, but not easily. We see the full complexity of humanity, which makes each choice and each word less wholly good or wholly evil, but rather leads us to the only logical conclusion: that on the whole, human beings are good, and with intention and empathy, we can and must save the world.

April is a bi woman, and her identity feels present and honest without being didactic. And the journey we take with her relationship with Maya, the (very low) lows and the (very high) highs is so central to the complex and well-wound project of this story as a whole. It’s hopeful and messy and honest and absolutely essential.

Every time I think about these books, this story, I long to immerse myself inside it once more and then I remember that I am inside it. I live in a world eerily approaching an alien-invasion-meets-socio-political-internet nightmare. And I know there’s reason to be afraid, but I also know there’s more.

On second thought, perhaps it is the overwhelming hope that my soul finds very comforting right now.

You can read more of Kelleen’s reviews on her bookstagram (@booms.books) and on Goodreads. 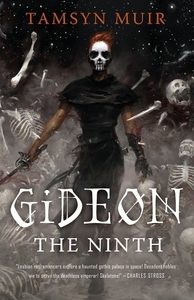 Content warnings (for the book not the review): graphic violence, death, and murder

This review focuses on the relationship between the two main characters and occasionally touches on other story elements. Gideon The Ninth is so many different things at once that it would be impossible to include them all here, and I highly recommend you check out other reviews for their takes–and also because the literary content makes for really hilarious reviews. For slightly more of an inkling you can check out my bulletpoint review over on my booklr blog letsreadwomen. Still, because I am certifiably shit at summarising anything, I will share the lay down as per @droideka-exe: “Gideon the Ninth is about a himbo lesbian swordsman accompanying her sworn enemy lesbian necromancer to a haunted gothic castle to solve a whodunnit murder mystery in space.” It is written from Gideon’s point of view, and is set in a universe of nine planets which may or may not be the future version of our own galaxy. Alright, that should do it, let’s dig in!

The book is divided into five acts, with Act One being the toughest for me to get through. It’s big on setting the scene, worldbuilding, and introducing the main players of the story: Goth Sword Jock Gideon and Goth Necromancer Nerd Harrow. It also comes with a lot of background story for those two characters and introduces a bunch of minor characters who we never actually see again in the remainder of the tale, but who are referred back to on a regular basis–so pay attention. Cramming all of that into Act One means it’s a slow start to a story that immediately picks up the pace and ratchets up tension as you head into Act Two and never lets up from that point onwards. So, really, this is just a general warning to push through if you don’t like any of the elements mentioned above, as you will be rewarded very richly indeed.

Another reason why Act One is a tricky one, is because it seems to give Harrow the upper hand in her relationship with Gideon. It’s stated pretty explicitly in the text that Harrow is keeping Gideon at the Ninth House (their home planet) against her will, as they have literally been fighting each other for as long as they can remember, with Harrow sabotaging every single one of Gideon’s eighty-seven (!) escape attempts. This dynamic creates a clear power imbalance between the two of them. This is always a red flag for me in any type of relationship, but especially when the relationship also happens to be the main backbone of the story. Again, this dynamic changes dramatically as soon as you roll into Act Two, when they go off-world for the first time in both their lives, and are faced with people not from the Ninth House. From that point onwards there’s a lot of ongoing give-and-take between the two characters, but I wouldn’t say that the imbalance is ever truly resolved: even if in certain moments it swings more towards Gideon than Harrow, that is still an imbalance. Still, that continuous back-and-forth of them adjusting their boundaries by using their words makes for fantastic reading.

Which brings me to the development of their actual relationship → there is no explicit (as in graphic) intimacy between the two, and when they are physically intimate it is quite tame in terms of sensuality, but the tension is always there and always on high. Their physical intimacy is similar to that one Hand Flex in the 2005 Pride & Prejudice movie: short-lived but with extensive ramifications and Lots Of Tension. It has multiple sources and is definitely not solely sexual in nature (if it ever really even is), lots of it starts out as unresolved emotional tension and most of it becomes resolved before the end– so expect a number of confrontations and corresponding catharses. At the same time, both characters are absolutely capable of edging up the tension even while they are resolving some elements: it is a wild cocktail, I tell you.

All that said, there definitely is some sexual tension, even if it’s not super explicit. One of the many reasons I enjoyed the story is because in this universe sexual orientation is not a big deal, and not in the way of the straight utopia where it is no longer a big deal and fully accepted and therefore invisible and just another thing in the background you can forget about. No, sexual orientation is not a big deal because everything else is already so goddamn weird, so you might as well be attracted to a female Goth Nerd who you also hate. There are no labels and no one ever explicitly states what genders they are or are not attracted to, but even so Gideon is clearly sapphic and this is never portrayed or perceived as being odd or unusual. Gideon’s sexuality expresses itself as her becoming distracted as soon as a pretty woman walks into the room, as her doing anything said pretty women ask her to do, and also her becoming fully tongue-tied and / or putting her foot in her mouth in those self-same moments. Her sexual orientation also expresses itself through her unwilling bond with her necromancer, who she ostensibly hates and cannot stand but is also bound (in various ways) to protect onto death itself and even beyond (I cry).

In conclusion, it’s everything you ever wanted, go read it now. 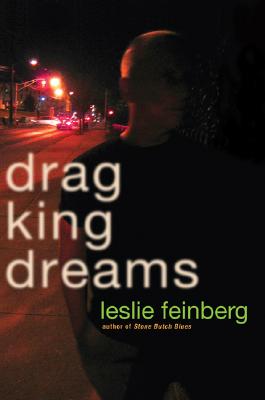