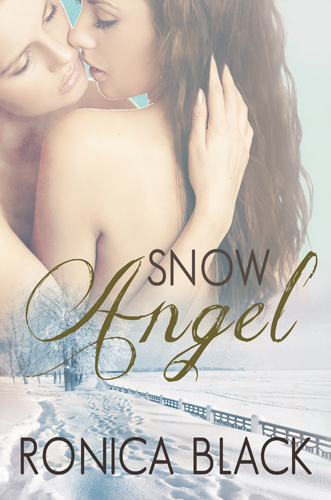 Maggie’s been hurt before. She’s happy with her life out in the woods, with a few close friends and her dog for company. She knows how to survive.
Ellie doesn’t. She’s an actress on an incredibly popular television show, and she needs a break. She and Maggie have a close friend in common. Ellie runs away from her own life to the mountains to seek refuge with that friend, and she runs smack into a brutal winter storm. Her SUV doesn’t cut it. If Maggie hadn’t found her, taken her back to the cabin by snowmobile…
Ellie’s a mess. She’s vulnerable, skittish, in pain, and in desperate need of someone who’ll leave her alone and let her adjust a little. She knows once her agent finds where she’s gone, he’ll send people for her, and she’ll be dragged back to a life that’s draining her sanity.
Maggie, once she’s brought Ellie back to the cabin and back from the brink of death by hypothermia, leaves Ellie alone to acclimate. There’s chemistry, but the only company that’s pushed on Ellie is Lincoln’s–and Ellie’s immediately fond of Maggie’s dog.
Ellie’s also been hurt before, and while she’s warming–literally and figuratively–towards Maggie, she has a reputation to think of. Her agent won’t be pleased if she gets involved with a woman. Will Ellie and Maggie be able to put aside their hesitancies before Ellie’s spirited away? And how will Ellie deal with Maggie’s secrets?
Snow Angel is a novella, and it flies by. It draws characters and scenes in large strokes, and it’s good fun if you’d like a quick read that’s particularly escapist. If you’re looking for a book that takes its time and is concerned more with prose than sketching in background to get some action going, it’s not going to fit those criteria. But it’s not trying to.