Carmilla is a lesbian vampire story that predates Dracula by decades. It’s a story I’ve come back to over and over, in the same conflicted way that I am drawn to lesbian pulp. In fact, I wrote a post about queer culture’s tendency to reclaim toxic representation, and how Carmilla and lesbian pulp fits into that. On the one hand, it’s validating to read about queer characters in classic literature, when our presence has been erased from much of history. On the other, Carmilla is literally a monster. I vividly remember my university Gender Studies class about Monstrous Women, and how the pinnacle of this is the lesbian vampire who lurks in the shadows, ready to pounce on innocent women and violently convert them.

Carmilla is a complex character, though. She’s in some ways pitiable and even relatable. She also seems to love Laura in some way, and their relationship is passionate, if veiled and macabre. I’m not the only queer woman drawn to this flawed but compelling character: it’s been adapted into a YouTube series (with canonically queer characters, including a nonbinary side character) that became popular enough to get its own movie and book adaptations.

I’ve always felt conflicted reading Carmilla, though, because while I could reclaim the character, it was with the knowledge that the author and story was painting her as monstrous—and that her sexuality was just an expression of this villainy. I was both repulsed by and attracted to this story—just as Laura is said to be to Carmilla. When I discovered that Carmen Maria Machado was editing and introducing a new edition, I was eager to get my hands on it. I couldn’t imagine that an introduction and new editor could make a huge difference, but if anyone could reclaim this queer narrative, Machado could: the same person who wrote, “I think a lot about queer villains, the problem and pleasure and audacity of them” (In the Dream House).

I shouldn’t have underestimated Machado. This edition rewrites the entire narrative of Carmilla while keeping the vast majority of the text exactly the same. Originally, Le Fanu published the chapters serially in a magazine, then later bound them together with an introduction which claimed that the story came from Doctor Hesselius’s notes. Machado adds another layer. She claims that Le Fanu pulled this story from stolen letters, disguising and censoring the women’s story. Machado claims that the real letters from Veronika (“Laura”) were explicit about her and Carmilla’s romantic and sexual relationship.

In this version, it isn’t queer women who are trying to alter the author’s intention in order to claim Carmilla. Instead, it’s Le Fanu whose heteronormativity has obscured the real story, which can now be unearthed in its true form. This edition also adds a few footnotes and illustrations, though I desperately wanted there to be more of both. The meta-narrative that Machado creates is one in which vampires do exist—and that’s not all. In one footnote, Laura lingers outside of the woods, and the footnote laments, “Lonely as she was, if only Laura knew the potential friends who resided in those woods! Peddlers, mountebanks, roguish-but-decent thieves and brigands, fairies, wolpertingers…” (Another footnote, after a lengthy description, succinctly states, “If this isn’t an orgasm, nothing is.”) And Robert Kraiza’s illustrations are beautiful and compelling.

It’s so nice to have a friendly (i.e. queer) guide through this unfriendly narrative. It was always interesting to read this classic lesbian text, but it was through the lens of heterosexism. Having a queer author shape this story makes it feel entirely new—not a guilty pleasure, but a triumphant one. Machado brings Carmilla and Laura into the fold. In this version, Laura watches in horror as her male supposed protectors execute her lover in front of her, claiming it is for her safety. Veronika dreams of Carmilla, of her corpse intoning “You are mine.” Veronika writes, “How I fear that sound: that it might be true, and that it might never be true again.”

Unfortunately, shame, guilt, and fear intermingling with desire is still a common feeling for many queer people, especially when they are first exploring their sexuality. Laura is drawn to Carmilla at the same time that she feels “something of repulsion,” which can easily be interpreted as compulsory heterosexuality souring desire. Laura even wonders if Carmilla could be a boy disguised—the only way she can conceive of romance. Under Machado’s framing, instead of being horrific, Laura and Carmilla’s relationship seems somewhat familiar. Unhealthy, sure, and conflicted—but not inhuman.

After reading this book, I was filled with pride for how queer readers throughout time have reclaimed and reshaped the narratives meant to destroy us:

I want to seek out every snide reference to a queer woman in literature throughout time, for the same reason that queer people reclaim monsters and villains. Because we stare our fears in the eye and embrace them. We take the boogeyman stories about us and we invite them in. We make monsters into heroes and the heroes into monsters. We queer the story. Instead of shrinking from the terrible associations that have been put on us, we remake them and show them off. Because we are alchemists who turn shame into pride. And this is a book that knows that so intimately.

I finished that book knowing that Machado understood why I kept reading Carmilla, and she had created a version more hospitable to readers like me. Instead of feeling like I was fighting through the text, I was guided through it with a sympathetic hand. The lesbian vampire has long been the cruel caricature of queer women, a weapon used to portray all desire between women as pathological and even violent. Machado has taken that character, and in the grand tradition of reclaiming queer villains, she has humanized her. After long being the spectre haunting queer representation, Machado has invited Carmilla in, finally bringing the original lesbian vampire home. 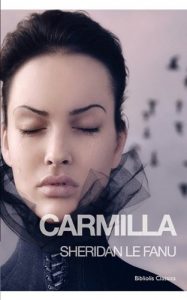 Given that this was written in 1872 by a presumably heterosexual cisgender man, I was not expecting a happy ending. This is the story of a lesbian vampire preying on an innocent young woman and being killed by said young woman’s father and her father’s friends (yes, all men). This isn’t a particularly feel-good type of lesbian literature, and it’s not even particularly well written.

So, why did I read it? Well, I enjoyed the YouTube web series modern adaption of Carmilla, which does have a happy ending for the lovers and doesn’t bury the gay. So, I wanted to see where it came from and it was interesting to see how they adapted the characters. Instead of an old castle, she lives in a dorm room. The main character, Laura, had a nurse and tutor who in the YouTube series were adapted into the RA’s for her dorm.

I also wanted to be more aware and knowledgeable of literature that includes women who are attracted to other women, in relationships with women. Not only did this count towards that, but it is a somewhat well-known part of lesbian novel history (no matter how terrible it is for representation).

Those were the reasons I went into it and I wasn’t planning on getting too involved, as I was also expecting to be bored by the old writing style. However, I quickly found myself engaged and interested in the plot and the characters. I actually did enjoy the story and was hoping (despite already knowing the ending) it would turn out at least semi-okay for the characters in the end.

Overall, I’m glad I read it and would recommend it if you want to see where the Carmilla webseries comes from, or just to read an early lesbian vampire novel. However, you’re looking for a happy ending, you won’t find it here. 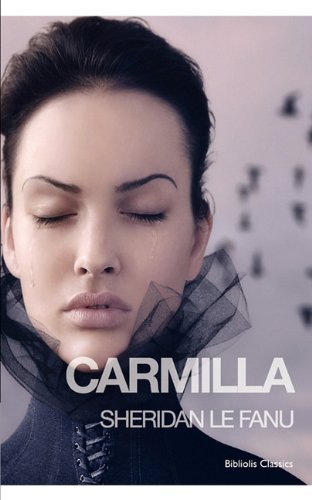 Carmilla is a lesbian vampire novella that predates Dracula by over 25 years. I had been meaning to pick this book up for years, just based off that description, but I wanted to save it for an October read. This year I finally got around to it, and I think it makes the perfect quick sapphic Halloween read.

If you’re anything like me, you probably expect Carmilla to be pretty subtextual. This is the Victorian era, surely this isn’t a blatantly lesbian book? As I began to read it, though, I found more and more passages that were fairly straightforward. As the two girls meet, Laura and Carmilla, they hold hands, smile, and blush. Carmilla fawns over Laura, calling her darling, and making Laura confused and uncomfortable.

Sometimes after an hour of apathy, my strange and beautiful companion would take my hand and hold it with a fond pressure, renewed again and again; blushing softly, gazing in my face with languid and burning eyes, and breathing so fast that her dress rose and fell with the tumultuous respiration. It was like the ardor of a lover; it embarrassed me; it was hateful and yet overpowering; and with gloating eyes she drew me to her, and her hot lips traveled along my cheek in kisses; and she would whisper, almost in sobs, “You are mine, you shall be mine, you and I are one forever.” Then she has thrown herself back in her chair, with her small hands over her eyes, leaving me trembling.

Living in such an overwhelmingly heteronormative time, Laura can’t fathom why Carmilla would act like this. She asks whether they’re related, and muses that maybe Carmilla is a man in disguise trying to seduce her, like sometimes happens in storybooks. (This was a time so heteronormative that Boston marriages and romantic friendships were seen as totally acceptable for straight women.)

So how did a book so blatantly queer get published in 1872? Because Carmilla is a monster. Laura is simultaneously repulsed and attracted to this queer monster. But because she is a vampire, Carmilla’s actions and attractions are unambiguously cast as bad, therefore letting the story get told. (Lesbian pulp followed this formula: the ending had to punish the gay characters, to make the whole book seem like a warning, despite anything that happened beforehand.)

As Carmilla proves, vampires have been associated with lesbianism for more than a century. And this book shows how those fears can be tangled together in a straight society. The idea that the charming young woman your daughter is associating with could be the enemy, that she could invade your home under the guise of something as sweet and pure as female friendship: what a terrifying thought! The lesbian vampire is a monster in disguise, a monster that can appear as angelic as a young, fragile woman. Like lesbian pulp, this image is something I find hilarious now, but in the context of the time period does show the overwhelming homophobia of the environment. (Though even this iteration of vampire lore does offer some sympathy to Carmilla.)

This is a great read for a look at the beginnings of vampire lore as we know it now, as well as having the allure of being able to read a Victorian lesbian story. Unfortunately, the compromise is that the plot of Carmilla relies almost entirely on the reader not already knowing that Carmilla is a vampire, which is pretty impossible to miss as a modern reader. Luckily, this is a short book, and still well worth the read even with that caveat.