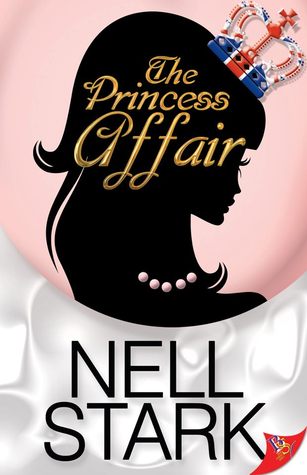 “You deserve a princess, Kerry, but a princess who will hold your hand in public” – Harris

I admit that I am not much of a romance book reader, but this summer I was travelling and wanted to read something light that didn’t get me hooked, so I could drop it if I needed to. The Princess Affair, for being a romance story was quite good. I was in the awkward position of liking a few clichés but disliking others and I think that this book, did well with that.

This is a romance story between sporty, nerdy and American Rhodes scholar Kerry and Princess Sasha (Alexandra) from the house of Carlisle. The chapters varied in POVs between them. The Royalty factor is the cliché bit, but I have to admit that I could be a bit of a romantic and the idea of a royal romance story leaves me with a warm feeling. I wanted the story to be realistic; to be romantic because it was do-able and I think this book succeeded in that.

Princess Sasha comes off as pretentious and wild (“the princess seemed wild around the edges”) but there is more to her and she had depth, she’s not perfect but she’s human. Kerry is quite likable and I could relate to her a lot. Sasha and Kerry learned to see through each others’ masks and see the baggage the other one had. I liked the chemistry that the two women had together it seemed genuine. They also talk about their relationship and though at times there are misunderstandings they work for the relationship to work but they have trust issues. Sasha doesn’t think she can have a real relationship while Kerry doesn’t think Sasha will stay with a women for the long run.

A thing that I liked was that they did not have sex from the start; at first not for lack of trying but then they decide to take it slow so it was towards nearly the middle of the book when it happened. It was not insta-love although there was insta-attraction.

As usual, I have a tendency to like side characters. I liked Ian and Harris as characters and what they gave to the plot. I liked that they were gay and their friendship and working relationship with queer women. I also like how Ian warms up to Kerry while still being protective of his charge and how Harris helps Sasha and still being on Kerry’s turf. However, I didn’t particularly like Miranda. In her scene with Kerry in the club towards the end, she was less annoying but I still do not think she was redeemed from haven proven that she was not a good friend to Sasha.

The cherry on top was their trip to (North) Ireland. I was reading that bit when flying to (South) Ireland so that gave it more perspective for me.

In the end I love how Sasha stood up for herself and all she represented. How she stood up for gay rights (though I think she meant this as an umbrella term for queer people considering her previous comments) and learning (dis)abilities. I liked the tidbits of politics and architecture thrown in and media assumptions and affects. It has a good ending I think and worth a read if you want to read a queer women romance.