Did you know I (Danika) have a booktube channel? Along with the Lesbrary, the Bi & Lesbian Literature tumblr, and Book Riot, I talk about books there, too! Apparently I can’t say enough about them. Most of my content is about queer women books, and I even have a playlist of just my sapphic book videos. Consider this video my review of Going Off Script by Jen Wilde (suffice to say, I loved it).

For exclusive videos and to be entered in monthly queer book giveaways, support the Lesbrary and this channel on Patreon! 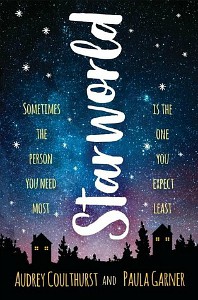 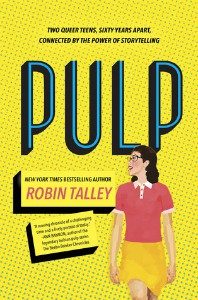 I have been anticipating this book for a long time. I collect lesbian pulp, and I’m fascinated by the history of this period of lesbian literature. Pulp is a YA novel from two perspectives: Abby, a modern day out and proud lesbian, and Janet, a 1950s teenager just discovering that she’s a lesbian, and what that means for her life. Both of them discover lesbian pulp at the beginning of the novel, and it inspires them and their writing, though in different ways. I had very high expectations for this, and I’m happy to say that it lived up to them.

First, I have to talk about the pulp aspect. This is something that I really nerd out about, and it’s not often that I bump into someone else as interested in lesbian pulp as I am. So I was delighted to read about Abby discovering pulp–the wonder at the over-the-top but incredible covers, the initial disdain then growing appreciation for the genre as a whole, and the fascination with how these books fit into real people’s lives, authors and readers alike. I could relate to Abby’s obsession, is what I’m saying. There are also great easter eggs, if you are a lesbian pulp fan. Not only are real pulp titles name dropped (including Satan Was a Lesbian, which I have as a canvas print in my living room!), but a ton of the characters have the last names of famous lesbian pulp authors/pen names, including Aldrich, Sloane, Hastings, and Bannon (“Bannon Press” is the publisher’s name). And no wonder: not only did Ann Bannon (author of The Beebo Brinker pulp novels) have a blurb on the front cover, she also gave notes on an early draft of this novel!

But enough about my own obsession. Into the actual story! I thought it was balanced nicely between the two perspectives. They mirror each other in some ways (both lesbians, both authors, both enamored with a particular lesbian pulp novel), but they have very different personalities and settings. In Janet’s timeline, I appreciated learning more about the Lavender Scare, particularly in Washington, DC. I had heard of it before, but seeing how it infiltrated every aspect of these people’s lives was chilling–the smallest thing could mean being outed as a “homosexual” and therefore a threat to the nation. You could lose everything, just because someone thought your haircut was too short or that your friendship was too close. You could never let your guard down. Although I liked both main characters, I was particularly drawn to the present day protagonist, Abby.

I should have known I’d like Abby, just from all the reviews that mentioned hating her. I’ve found that any female character who expresses pain is usually seen as annoying by reviewers. Abby is in a horrible sense of stasis: she’s about to graduate, but she can’t even think about college. College means change, and change means acknowledging that her family is falling apart. Abby’s parents are barely home–always travelling for work–and they’re never home at the same time. Meanwhile, Abby’s girlfriend broke up with her last summer, and although she assumed it would be short-term, they don’t seem to be getting back together. When Abby discovers lesbian pulp, she latches on to one particular novel with a happy ending, becoming obsessed with it and the author. This is the kind of love that lasts forever–and what’s the point of love that doesn’t last? Abby is in a lot of pain, and as long as her parents refuse to acknowledge what’s happening, her and her brother can’t begin to process it.

I also enjoyed a lot of the side characters in Abby’s story. She has an out lesbian teacher! (I’m about to become a teacher, so that stood out to me.) One who is knowledgeable about lesbian pulp and can advise Abby on her project revolving around that topic! Abby also has a queer group of friends, including bisexual and non-binary characters (one who uses they/them pronouns). Abby is Jewish, and there are Black and Brazilian side characters as well. And one tiny thing I liked: Abby and Linh (her ex-girlfriend) bonded over reading m/m fanfiction before they dated! That’s how me and my high school girlfriend got together!

I really appreciate this book. Lesbian pulp is something close to my heart, so I hope that this novel introduces queer teens to it, so they can discover the ridiculousness and appeal of it themselves. Personally, I loved Abby as a main character. She is hurting, so she may not always make the best decisions, but that just means that when she does finally break through–when she does begin to face the difficult changes in her life and even embrace them–it’s all the sweeter. Highly recommended!

I mean, sure, we watch lesbian TV shows and movies, read lesbian books, hang out with lesbians, and date/have sex with women… but is that enough? Isn’t there any way to do more things gay? Not to worry, I am here to help. 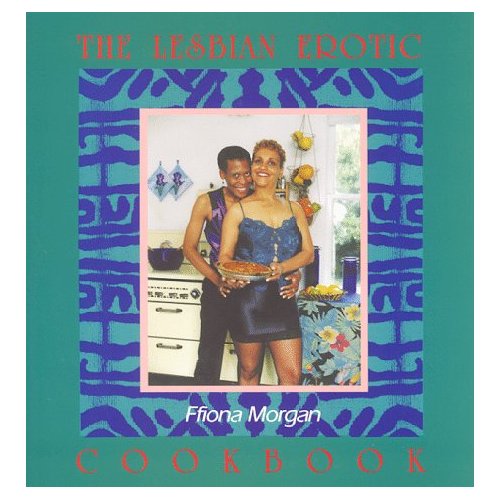 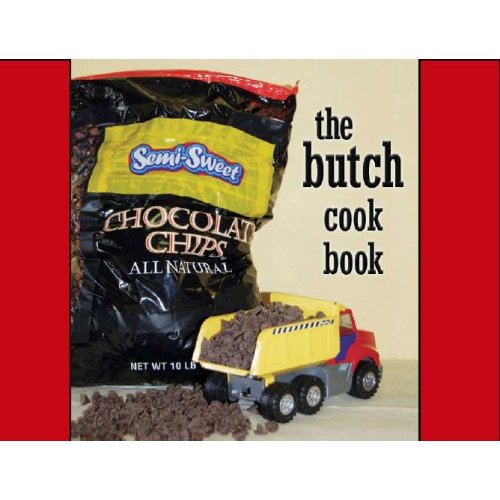 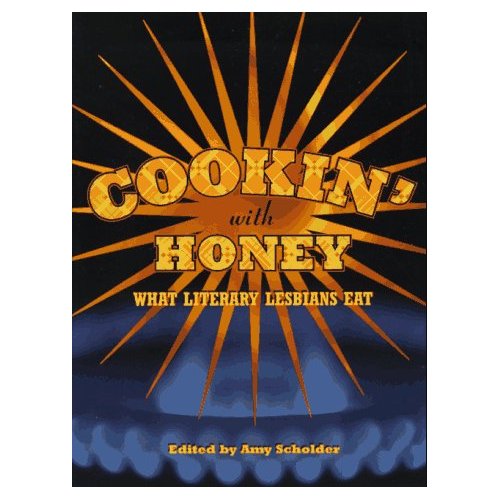 The Queer Cookbook: A Fully-Guided Tour to the Secrets of Success in the Homosexual Kitchen! by Donna Clark (Author, Compiler), David Shenton (Illustrator)

Okay, so you’ve mastered the art of lesbian cooking/eating. You know how to make gluten-free, fair trade, vegan chocolate-chip cookies. But there has to be more! Of course there is. 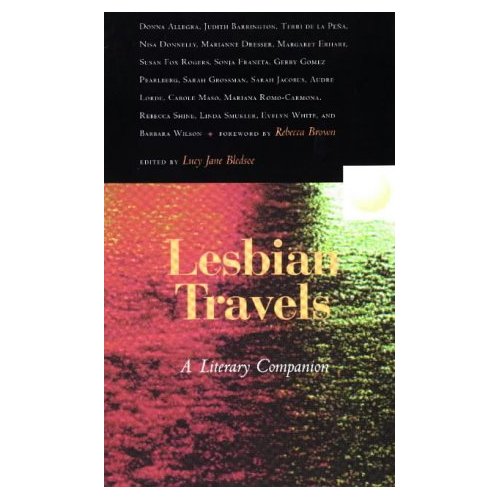 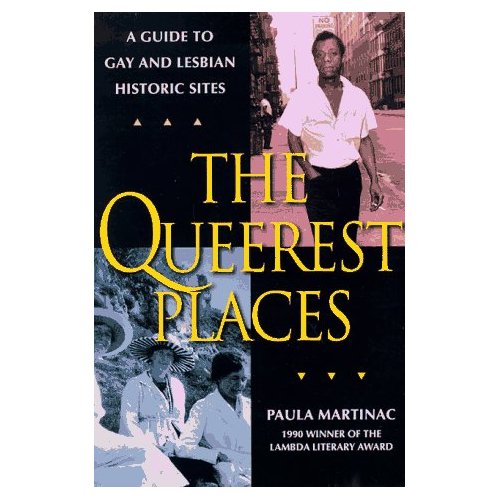 The Queerest Places: A National Guide to Gay and Lesbian Historic Sites by Paula Martinac 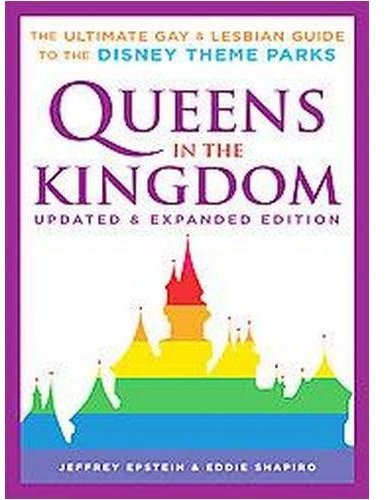 Queens in the Kingdom: The Ultimate Gay and Lesbian Guide to the Disney Theme Parks by Jeffrey Epstein and Eddie Shapiro 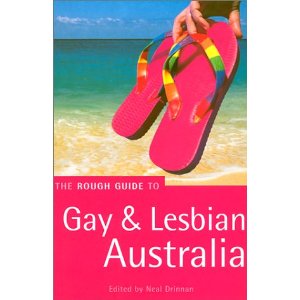 Nothing but the Girl: The Blatant Lesbian Image edited by Susie Bright and Jill Posener 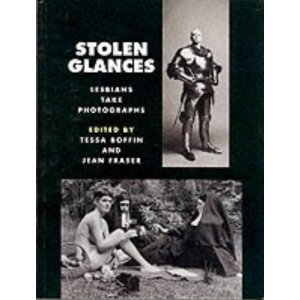 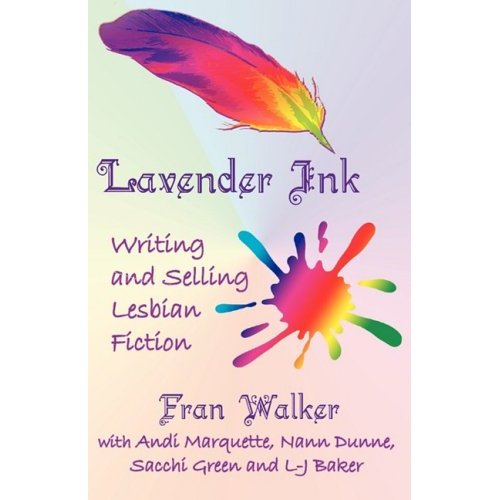 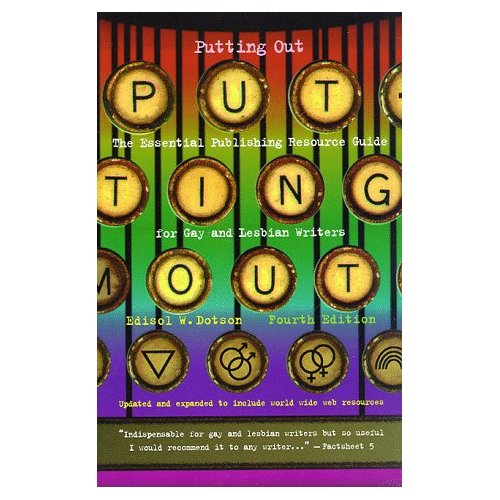 Putting Out: The Essential Publishing Resource for Lesbian and Gay Writers by Edisol W. Dotson 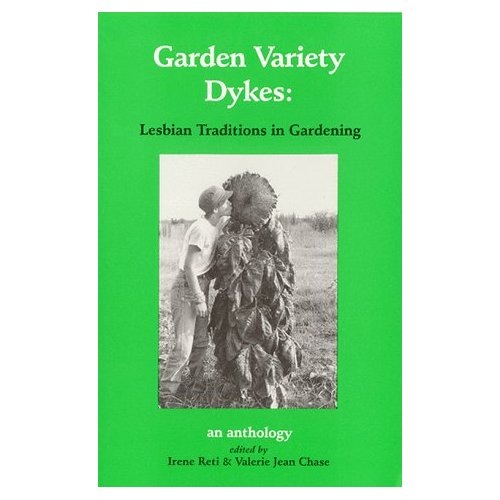 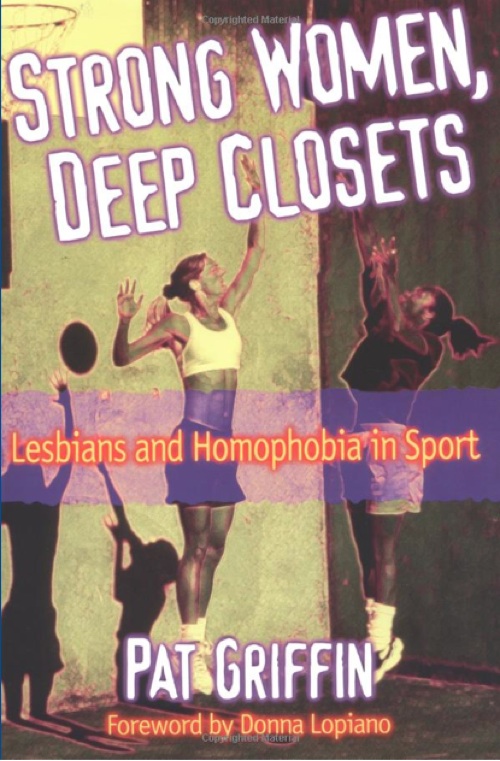 And, of course, you need your mandatory lesbian haircut. 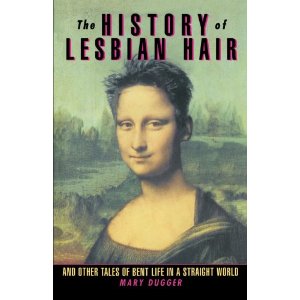 The History of Lesbian Hair by Mary Dugger

Now go! Gay up your life! I love that obscure lesbian books like this exist.