There aren’t many stories that can truly say they’ve done time travel in a unique way. Going back to the past or ahead to the future have already been done dozens of times. A fish out of water, or out of time, is going to make for an interesting story. But Radiant Days does time travel differently, and in a way that felt very compelling to me.

Radiant Days takes place in two different time periods. The 1870s storyline follows French poet Arthur Rimbaud through the trials and tribulations of his youth. The other storyline takes place in the 1970s, and follows Virginia art student Merle as she develops her craft and explores the street art scene. Merle is exploring her sexuality and Arthur is trying to survive as an artist in an oppressive time. One night, somehow, they meet and connect over their shared love of art. In terms of plot, there isn’t anything too major beyond that.

Still, I found this book really compelling. Merle’s voice feels very authentic, and I wanted to see her make it out okay despite being in a bit of a toxic relationship. I also appreciated the unique perspective of a queer woman from Appalachia. Merle’s sexuality wasn’t at the forefront of the novel, and I think that was quite refreshing. She was also trying to deal with her complex family dynamics, recovering from the abuse she grew up around, and trying to make it in the art world. At the same time, the storyline following Arthur was also entertaining and kept me reading. Hand mixes historical events with humor and fun in a way that clearly showed how much respect and admiration she had for Arthur Rimbaud. As a Young Adult book, I thought this story structure was a clever way to get young readers interested in what from another writer might be a drier historical story.

That being said, I would have liked to have seen a bit more plot in this novel. Merle exploring the graffiti subculture of the 1970s was very interesting, but I think the story could have used a little more of a driver. Similarly, I wish that Arthur had been given a chance to develop more as a character, I found myself wanting to read more of his inner thoughts and feelings and connecting more with Merle than Arthur. It was clear that both protagonists were impacted by their meeting out of time, but I think the story could have benefitted from spending a bit more time describing the impacts on both of them. With that being said, I thought that this was an excellently paced novel that is fantastic for younger readers.

If you know a young person that is looking for a book about the power of art and what it means to break the rules, and is interested in historical fiction, this is a great option. I found myself feeling genuinely connected to both characters by the end of the book, and I can only imagine that it would be even more powerful for a younger reader. More queer historical fiction, especially about artists, is something I definitely want to see. 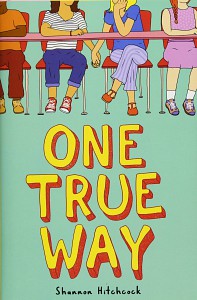 It is so exciting to experience the current burgeoning of middle LGBTQ fiction: it feels absolutely amazing (not to mention freeing) to have enough books out there to be able to pick and choose and categorize, and set aside what misses the mark in favor of reading the good stuff. Shannon Hitchcock’s One True Way is the good stuff.

After the death of her brother and her parents’ subsequent separation, Allie moves to North Carolina with her mom, hoping for a fresh start in the fall of 1977. Despite being the new girl at Daniel Boone Middle School, she quickly finds her footing, thanks to the kindness of Sam, the easygoing star basketball player who is friends with everyone. As an intrepid would-be reporter writing for the school newspaper, Allie is no stranger to asking tough questions–but she has to turn her gaze inward as her deepening relationship with Sam brings up questions she must ask herself–and Sam–and new feelings she has to navigate, while trying to figure out what kind of support they can get from the adults around them.

Coming out stories may be more oversaturated in fiction and pop culture geared toward adults and young adults, but a middle grade story like this (especially one that is so well-written, thoughtful, and tender) is nothing less than stunning–especially one starring a 12-year-old girl, set in the 1970s, and in North Carolina no less. This kind of historical fiction is sorely needed representation for today’s queer youth–and One True Way is all the more special for the representation it skillfully weaves in for its protagonist. Allie has a strong network of adult queer role models, from her Uncle Jeffrey, who is mentioned in passing, to Coach Murphy and Miss Holt, two teachers at her school who are quietly in a relationship with one another (and are friends with her mom). Hitchcock has built a world that reflects a possible reality–one that is neither maudlin nor saccharine, that showcases beautiful, unabashed queerness in many forms without shying away from depicting the existence of harsh realities (unaccepting family members, intolerant religious institutions, an inability be out for fear of losing one’s job…) for her queer characters.

Today’s queer youth deserve tender historical fiction about a girl and her new best friend realizing they have crushes on one another–with all the ensuing teenage angst, and a decent portrayal (without being gloomy or heavy-handed) of some of the serious aspects of being a queer middle schooler in the South in the 1970s. And even more than its portrayal of a queer love story, One True Way’s portrayal of queer community is a bold and important statement to share with queer and questioning middle schoolers. While I so wish I had had books like this growing up, I am so grateful that today’s kids have works like this to read (and have even more to choose from, depending on what tickles their fancy!): One True Way fills a much-needed niche, and beautifully so. 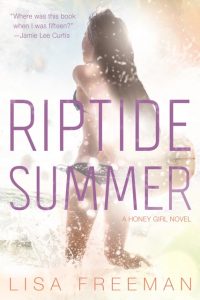 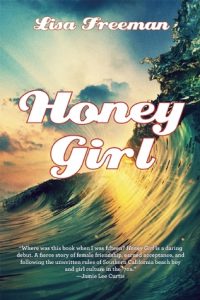