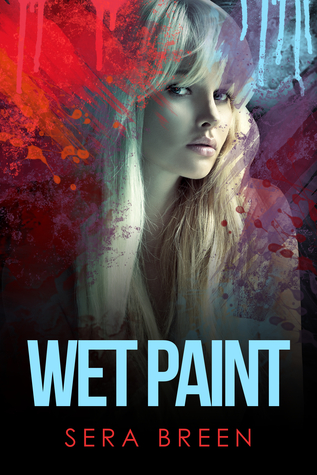 Wet Paint is a fun, light romance novella, which would be perfect for a beach read (too bad that’s a bit out of season now). It plays into typical romance tropes, describing characters’ appearances in detail (who are all breathtakingly beautiful, of course), and sets up the free spirit artist who has just gotten out of a bad relationship with the “bad girl” soccer star who leaves a trail of broken hearts in her wake. But of course, our heroine makes her question her womanizing ways. Sure, it’s not unheard of, but it’s fun, especially in that it’s a lesbian romance novel that follows typical romance novel tropes, not getting bogged down in coming out stories or dealing with homophobia. It’s the same slightly contrived reasons for staying apart that drives straight romance novels, that is pretty much exactly what you’re looking for in a fluffy weekend read.

One thing I appreciated in Wet Paint was that both the main characters, Savannah and Dulce, have lesbian best friends. Lesbians being friends! Lesbian community! Hooray! They also seemed like whole characters, with hobbies and passions and backstories and family. As much as they may fall into tropes, they also seemed realistic.

I did have a couple of issues. For one, a couple of times Dulce is referred to as “the Latina” or “the Hispanic” in a way that seemed exoticizing and making her race seem like her most important identifier. I’m not saying that the narrative shouldn’t state that she is Latina, just that calling her a “flaming hot Hispanic distraction” seems weird. Also, as much as I was swooning for the bad girl soccer star, Dulce can get a little over-the-top sometimes, seeming possessive and dominating. It’s made worse by Savannah having another even more over-the-top admirer in Jillian, perhaps to make Dulce seem better by comparison, but instead made me feel nervous for Savannah. And yes, they also fall into overpowering lust at first sight, but that is also pretty typical of the genre. The thing that disappointed me in Wet Paint, however, was the ending. It felt inconclusive. Even if there is a follow-up, the ending to this one seems unsatisfying [spoilers, highlight to read] they don’t even kiss! [end spoilers]

I know that I listed off quite a few faults I found with the book, but I actually really enjoyed reading it. It was fun and light, the writing was good and the characters were engaging. I would recommend this one.