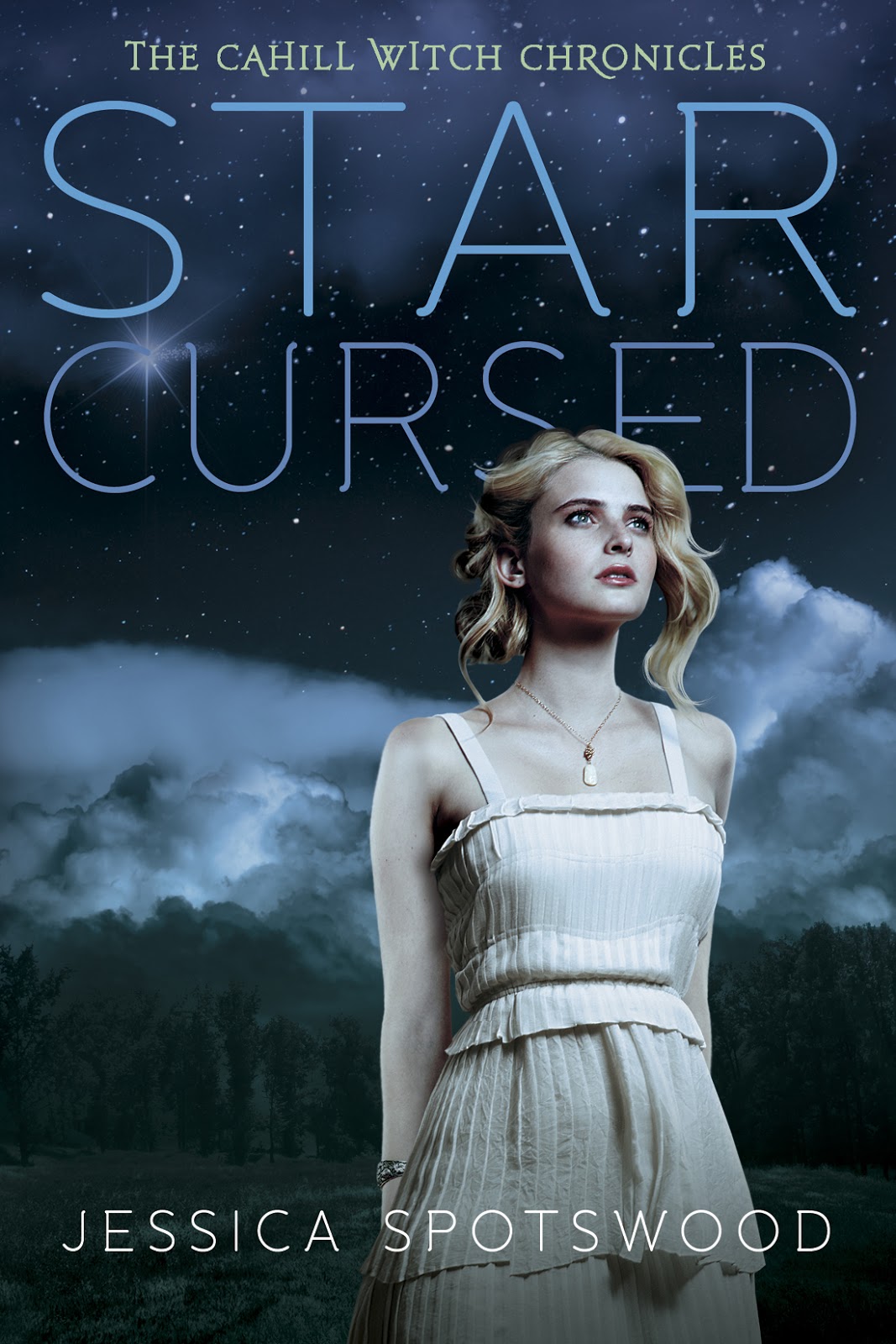 I was more than a little excited to pick up my copy of Star Cursed, the sequel to Born Wicked and book two of The Cahill Witch Chronicles by Jessica Spotswood. After Wicked‘s climactic ending — involving a serious choice and the chaos of discovering manipulation — I was sure that the Cahill sisters would have another thrilling adventure. And I wasn’t wrong, not exactly.

Part of what drew me to Wicked in the first place was the lesbian content — one of the few things I read about the book before diving in was that one of the main characters was queer. And since I have the bad habit of not reading about books before I have them in hand (so as not to spoil them, understand), I assumed (wrongly) that Cate Cahill’d had her chance at narration. Now was, naturally, the time to hear Maura’s story from her point of view.

It’s not that I don’t love Cate — I do! — but much of her story is preoccupied with her heterosexual love interest who, in addition to being heterosexual, almost seems incidental to much of the plot. And while Cate is a perfectly serviceable narrator, a lot is going on that doesn’t involve her. What about Maura? What are her motivations, here?

After Maura’s experience at the end of Wicked, her behavior and motives take a dramatic turn — but what she’s thinking is as much your guess as anyone’s. Despite the influx of new female characters, Maura’s queerness seems to get shoved into the back of her — and Cate’s — mind. There are even a few scenes where Maura flirts with boys. For manipulation, Cate suspects, or not. So, for someone whose initial draw into this universe was queer potential, Star Cursed is a bit of a let down. If Maura were written as bi- or pan-sexual, I would have no problem with this — but it comes off feeling like Maura’s sexuality is a plot point, rather than something integral to who she is.

I did, however, enjoy the book. Typically, the middle editions of trilogies are the lesser regarded “siblings” to introductions and conclusions, simply existing to bridge the gap between the two and build character and tension. Star Cursed has moments where it falls into this category, but for the most part, the story feels as alive and thrilling as it did through my lightning marathon of Born Wicked. We learn more about this alternate history, hate more of what the Brotherhood edicts, explore more magic, and bear witness to some pretty spectacular “her”story.

Aside from the lessened presence of Maura and her queerness, the same things bugged me about Cursed as did in Wicked. Because Cate’s narration is first person, and because she so frequently makes choices I disagree with, there were a few times when I ran up against an I and became so frustrated I had to put the book down. “Just talk to your sister!” I grumbled, more than once.

For those familiar with the female-driven fantasy genre, there are certainly aspects of the plot that can be seen coming. But there are also expectations that turn on their head. I’m not sure if the last of the trilogy will fall under the former or latter — and I’m looking forward to finding out. Gathering evidence from Cursed reveals that the finale will either [potential spoilers follow] give in to the lazy trope of evil lesbian witch (huh, have you heard that one before?) or something entirely different. I’ll be keeping an eye out, Jessica Spotswood. Here’s hoping that Sisters’ Fate lives up to the amazing universe it takes place in, gives readers a thrilling ride, and respects queer identity. A full hand to play, perhaps, but I have faith. Expect Fate to hit stores in August 2014.