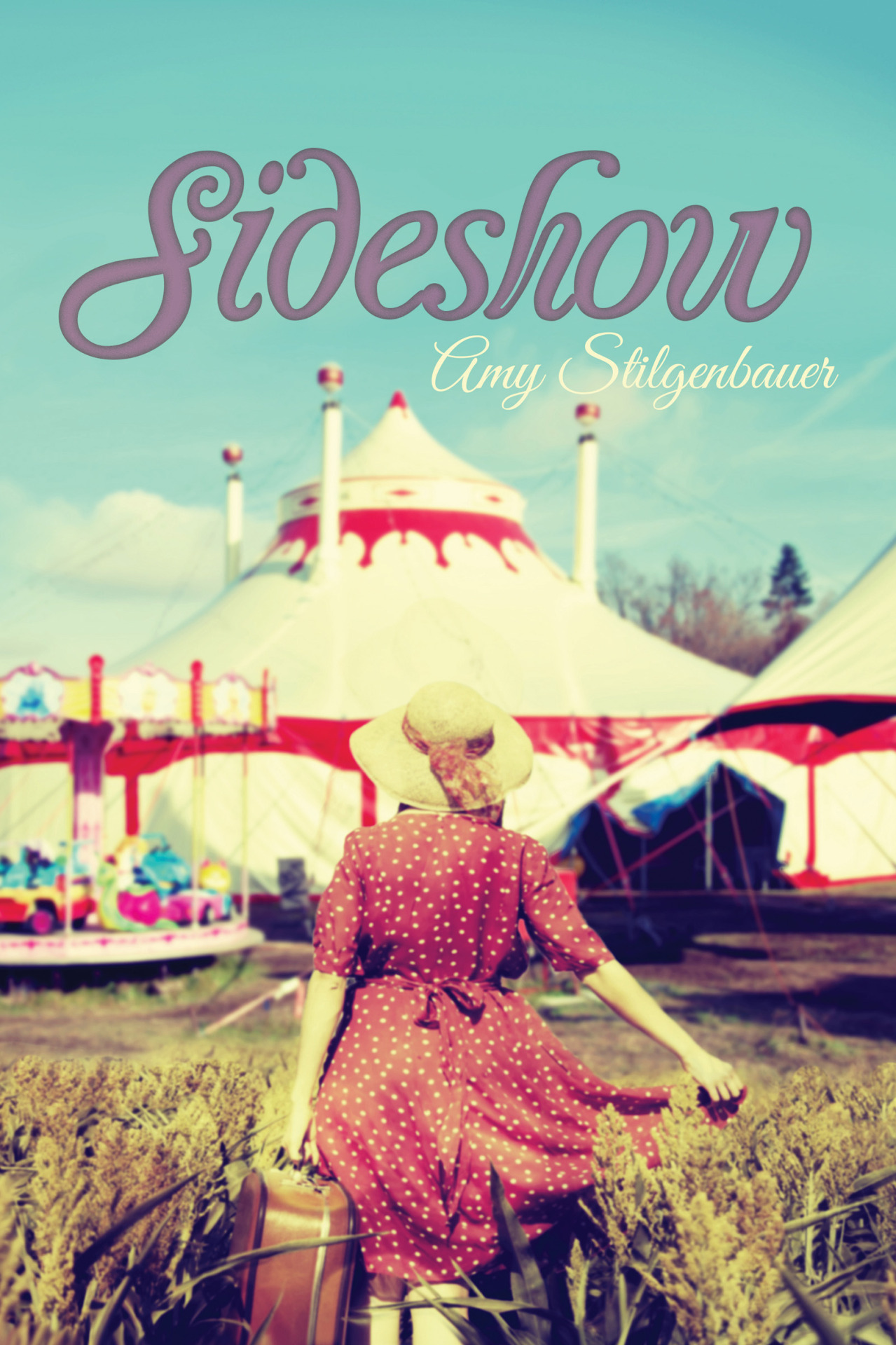 If you’ve been craving midcentury f/f, if you want that old-timey vintage movie aesthetic– I mean the sweet, wholesome type rather than noir — Sideshow by Amy Stilgenbauer is a solid example, with fade-to-black scenes of intimacy that to me added to the period-appropriate feel (since m/f romance from that era wouldn’t have been graphic, either.) I wouldn’t so much call this lesbian romance as lesbian fiction, because Abby’s other relationships are just as important to the plot as her romance–her new friends at the carnival, her relationship with her blood family, etc. It’s a story about a girl finding her place in the world, which includes a girlfriend, rather than the story of a love affair

The prose moves swiftly and held my attention, and the worldbuilding was vividly period and evocatively cultural. Abby is an Italian-American with family from Sicily; other members of the carnival are Polish, Greek, or Jewish (Ruth, one of the book’s other lesbians, is the daughter of a Shoah survivor but you’d only know that from reading “The Fire-Eater’s Daughter”, Sideshow’s short story prequel focusing on how Ruth met her partner Constance.)  Against the colorful backdrop of a traveling carnival, the adventures of Abby and her friends and family show a juxtaposition of strength from hardworking immigrant determination and diversity with  the way those same immigrants suffer under suspicion and paranoia about foreign ideologies (in this case, communism) or being mistaken for “foreign agents.” These are both still very timely themes, so despite feeling tangibly 1950’s, with that strong midcentury aesthetic I mentioned, it feels current and relevant in 2016. Meanwhile, Abby struggles with more personal, intimate concerns like will she ever find a way to make herself useful to the carnival, and how will she fit in with the rest of the carnival’s population?

I can’t tell if the author did this on purpose but the Tragic Queer Trope (an older gay man who shares Abby’s Italianness) in the story is literally a sad clown. I didn’t even realize this until I’d finished reading because his backstory–a partner who had died years ago–didn’t stick out as exceptional in a story with two happy and stable f/f couples, which should be a lesson to anyone wanting to know how to write someone tragic who is queer without having them be a Tragic Queer. But by making the tragic gay man a sad clown, i.e. this exaggerated parody of human suffering, she points out–probably unintentionally, but who cares, nobody’s grading these reviews–that when cis/het people are writing our stories sometimes they make us suffer in such exaggerated ways that we might as well be the Sad Clown figure, with frowns literally painted on by external forces. Speaking of queer politics, I loved the part where Abby defends her strong-woman love interest’s right to use her stage name instead of whatever she was born with; Abby says “if she wants me to call her something else she can tell me herself” and then the writer never actually tells us, or Abby, what that name was, which is a good lesson for everyone, not just weightlifters. Hint hint.

The one part where Stilgenbauer lost me was on the resolution of a villain’s arc. I’m a bit confused why someone would go through all that trouble and then give up, especially in the way she depicted. This person didn’t seem to be the type who would be capable of a change of heart, at least not for the reasons presented. But the book is about so much more than this one specific plot thread that for me it was easily overlooked.

Read this story if you’re big on found families that include a lot of queer people and people from immigrant background sticking together, or if you like stories where the Everygirl gets to be part of the Thing after worrying that she’s not good enough–this is the kind of environment where being lackluster is unacceptable, but that doesn’t mean you get thrown out on your ear, it means they will find your luster and bring it out of you, by hook or by crook.