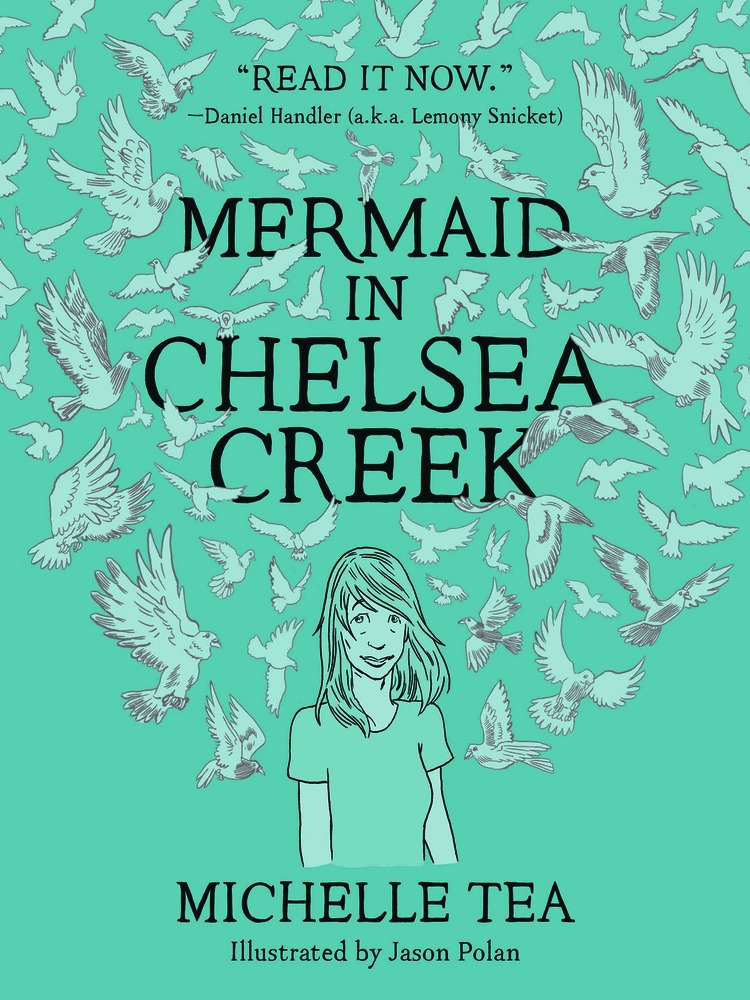 Mermaid in Chelsea Creek is yet another book I have been meaning to get into and the hype did not disappoint. This young adult fantasy book is set in Chelsea, Massachusetts and follows Sophia a teenage girl with Polish ancestry.

Sophia and her best friend Ella like to play the pass-out game because it’s the only thing to do in Chelsea. One day, when they are playing the game near the filthy creek, Sophia has a vision of a mermaid. Sophia’s mother Andrea is neglectful yet worried when Sophia admits to playing the game because she was freaking out. Something in her was coming forth. Sophia eats a lot of salt- this is a big element in the book.

At face value, this book is about Sophia coming into her powers and the people around her changing and being seen in new lights. Ella changes, people she saw often take on a new light and pigeons start to mean something nice, wonderful. On a deeper lever, this book tackles evil and sadness and the wrongness that’s in humanity- it treats elements like pollution and pain and sadness of both the oppressed and the oppressors. Humanity is caged, with seemingly no way out. This book plays on the readers understanding of these topics and offers lightness and hope. Sophia is supposed to help heal humanity from its corruption; her power allows her to see inside a person’s emotions and heal them. To heal humanity, that’s her mission.

Sophia discovers that she is a legend. She always knew she liked salt but now she understands why. Salt is an ancient preservative and measure- it makes sense to incorporate it into the story. Speaking about legends, this book beautifully incorporates different cultures and their ideas on witches. Chelsea is very multicultural.

This book also explores family dynamics: how generations can help each other or destroy one another. In Sophia’s case, it’s the latter; her mother is neglectful, her grandmother is worse. There are other positive family representations though. There’s Angel- who Sophia’s grandmother introduces as a guy but is in fact a girl- and her mother. There’s also Sophia’s lost relations which were in front of her the whole time.

This book features elements that at first you think are weird. Whoever thought that pigeons could be helpful main characters? Or mermaids making use of sea waste? All elements mash up well together. The sentences are constructed exquisitely, things like ‘She would submit to the grime, become like a feral cat wandering the heaps of trash’ offer a sense of aesthetic pleasure which Sophia, with all the awareness of her surroundings also shares with the reader. The illustrations, done in a simple style add more to the book experience.

The queer elements in this book do not focus on blatant relationships – although Angel for sure has a thing for Syrena the mermaid. Sophie is 13 but unlike Ella, she is not boy struck. She just values her friend.

I cannot wait to read the second book and see where the story goes. I definitely recommend this book to people that like fantasy, mermaids, pigeons, magic, character development and family dynamics and philosophical themes with some constructive criticism to the world that we live in.