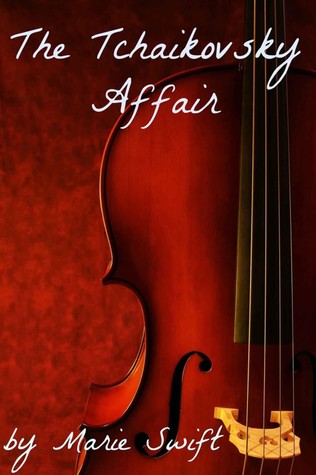 The Tchaikovsky Affair by Marie Swift is a romantic novella about two musicians in the New York Philharmonic orchestra. It starts more like a romantic comedy then evolves more towards drama but in between there is a lot of fluff and probably some of the sexiest sex scenes ever!

The two musicians are paired together in a duet, of course they are playing Tchaikovsky and for a while, their relationship mirror’s his and Kotek’s relationship- don’t you just love historically queer relationships in other books?

I learned a bit about music. For sure I knew that music is sexy and sensual but after reading the first intimate sex scene…I see music in a new light. I’m not one that reads books just for the sex, I find that usually it’s the same descriptions over and over again. Not so much with this book!

Shannon has been hurt before and had promised to put her career first while Jackie has had many relationships mostly due to her music but because of her music, they tended to fizzle out. There is of course some drama in the book, from the middle of the story onwards but don’t worry, it’s worth the wait!

As this book is so short, it is mostly about the two with side characters acting as support (or hindrance) for their relationship. The two balance each other, even in their music. They must harmonize technique with passion, in their personal and professional lives.

I had been meaning to read this book for a while, and I’m glad I finally read it. At first, I thought it was going to be a light average read but after two chapters it got so much better! There was sexiness, fluff, drama, comedy and music- all done well if sometimes a bit trope-y.

I’d definitely recommend this book to anyone with a passion for music, or to those that want to read a romance that is a bit different.

One Reply to “Marthese reviews The Tchaikovsky Affair by Marie Swift”