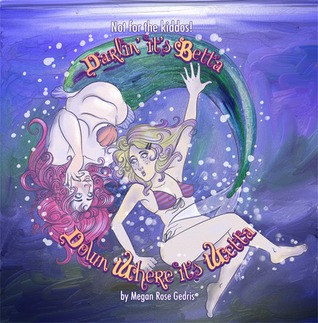 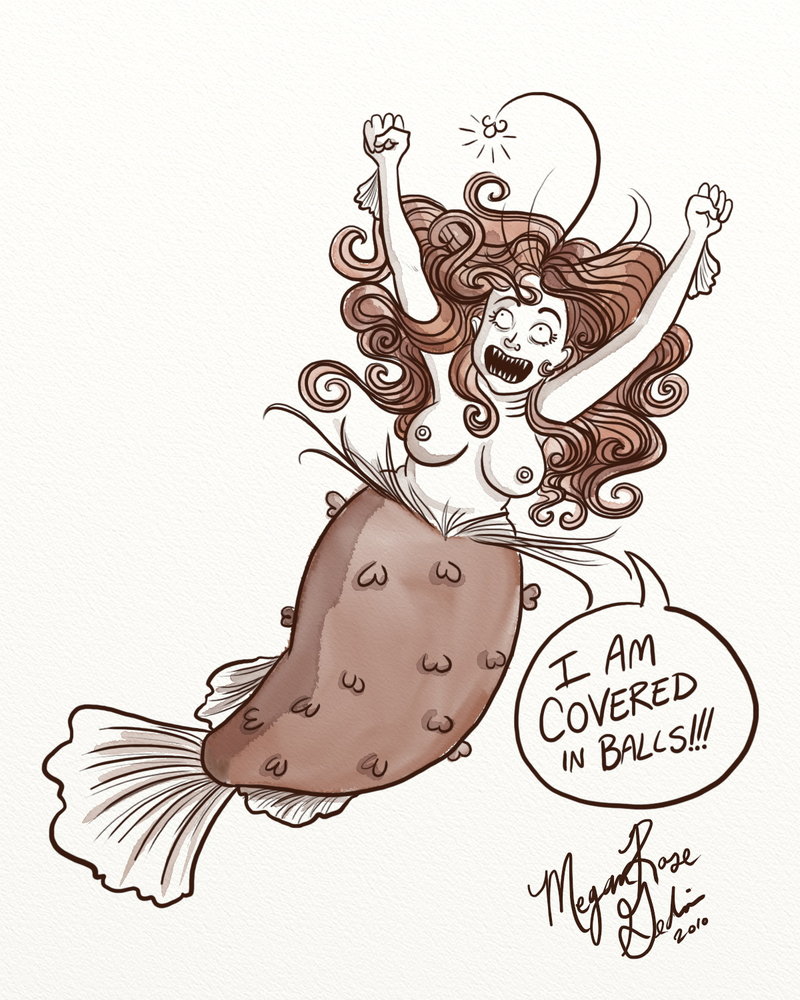 Like this anglerfish mermaid. Is it included in the comic? You’ll have to read to find out!

After that, the plot mostly compromises of Pearl and Chloe (the human) trying temporarily to be responsible and quickly deciding to have sex instead. It can get a little repetitive read as one volume (instead of the individual spaced out, as they were originally on the site), but they’re still enjoyable.

I love Gedris’s artwork, and this volume is no exception. The subtle watercolor-like shading in the full-color edition really adds interest to the pages, I thought. Although the focus is definitely on sex, I also really enjoyed the humor in Down Where It’s Wetta. The author makes a few appearances in the pages, including defending her use of a half-page detailed illustration of shoes as definitely pornographic. Chloe, especially, makes for a ridiculous (and entertaining) character to read. She makes the kind of choices that you wouldn’t be able to stand in a friend but lap up in a fictional landscape.

For a fun, quick, and sexy read, I really enjoyed this collection. My only complain would be that there isn’t much of a variety of vulvas in this collection: they all look pretty much the same. That’s a shame, because Gedris excels at representing many different body types in a more general way. That’s a pretty small drawback, though, so it’s still definitely one I’d recommend.

Buy the book from Rosalarian, or subscribe to Filthy Figments to read it online!