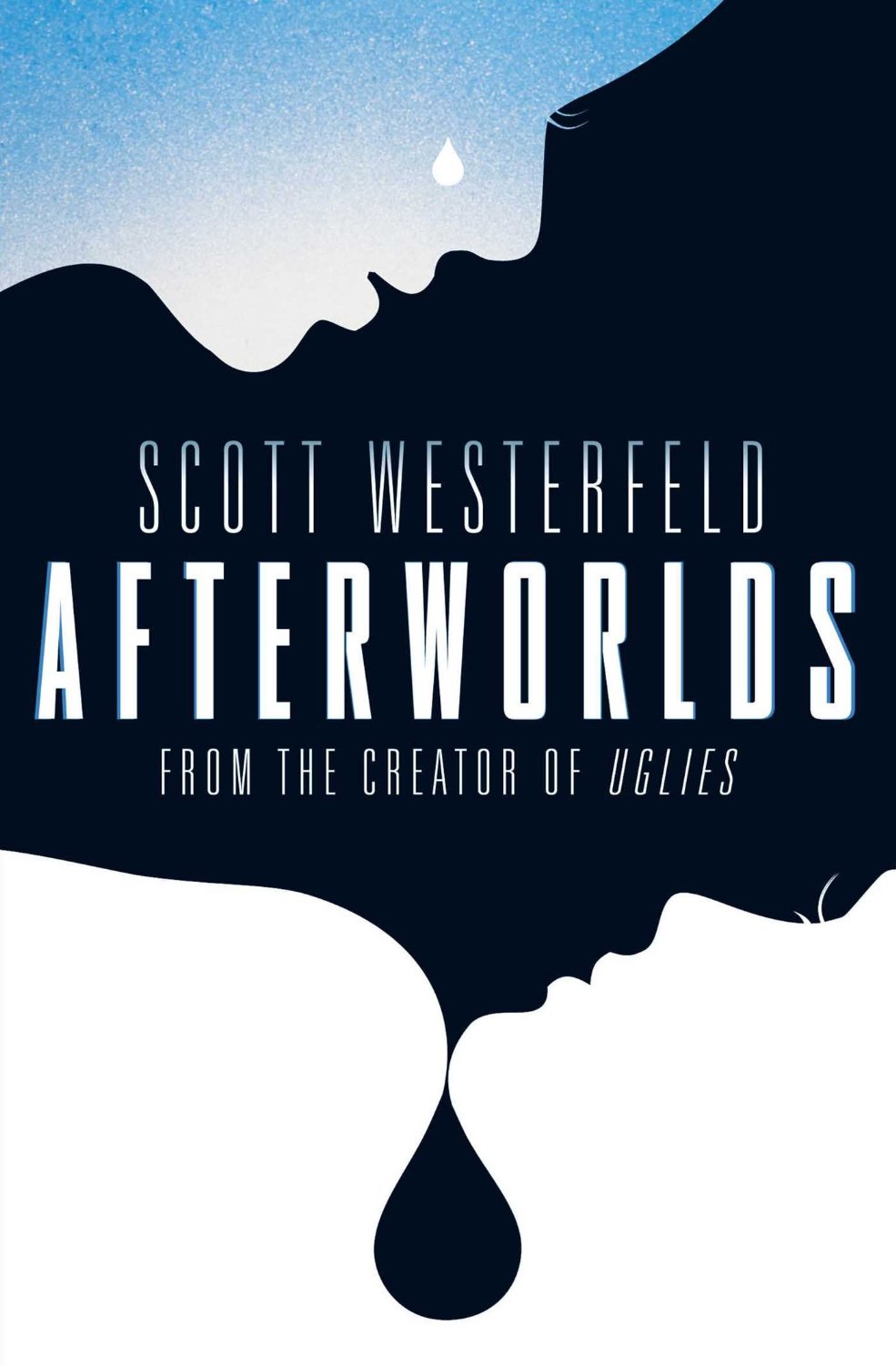 This book is all about the flipside.

Two interlocking stories, Darcy Patel, YA wunderkind, whose NaNoWriMo romance has catapulted her into a whole new world, and her creation, Elizabeth Scofield, whose brush with death gave her access to the afterlife and a whole new purpose for her existence.  Told in alternating chapters, the young women’s stories unfold.  The navigation of the new, the weight of responsibility both to people and circumstances, the shock of self-discovery, and the risks of new romance. Darcy’s tale is as real as Elizabeth’s is supernatural, but both girls share more than they might realize.

Lizzie’s story is Darcy’s, the book she wrote and sold for a staggering sum.  Launched by this success, Darcy defers her college acceptance and moves to New York, throwing herself into the literary life.  It’s a dizzy ascent at first, meeting idols as equals, learning how to live and work entirely on her own.  But Darcy has luck as well as skill, and the people she meets are good and helpful, some even better than others. Fellow debut author Imogen Gray is friendly at first, but the two are drawn together and Darcy finds herself caught up in a first love she never even knew she wanted. But romance with a fellow writer has hidden challenges, especially when you both have secrets.

Lizzie’s life is much less serene.  When terrorists attack the airport lounge where she waits for a flight, Lizzie survives only by magic, phasing into the Underworld, the middle land where ghosts roam, kept alive by the memories of the living. From a beautiful young man named Yamaraj, Lizzie learns she is a psychopomp, a living guide of the dead who can pass between worlds.  With this newfound knowledge, Lizzie determines to do good, avenging the deaths of murdered children, even as she navigates the powers and politics of this new realm and the lives within it.  Lizzie learns from Yamaraj, connecting with him on many levels, but their dedication and attraction may not be enough when their world is threatened with a killer of the dead.

As I said before, this book is all about the flipside. That’s what Lizzie calls the Underworld, and it’s the perfect metaphor for the story itself.  Darcy’s tale is delightful.  The brilliant, colorful world of the living, with love, friendship, money and a dreamy career won with hard work and genuine talent. There’s  vicarious living and wish fulfillment, tempered with enough struggle, enough sacrifice, to keep it from being saccharine and unrealistic.  Her romance with Imogen blooms and flourishes, and even their setbacks aren’t too upsetting. The book is also wonderfully meta, with lots of discussion about the ups and downs of writing YA novels, of the writing life, and of the difficulty making edits and revisions on the story we are currently reading.

Lizzie’s story, on the other hand, is the world of the dead: grey and flattened, chill and draining.  Perhaps it is simply down to my taste, but the “Afterworlds” within Afterworlds didn’t work as well. The story of Lizzie’s newfound supernatural life and romance is adequate but unremarkable. I never skimmed, but I was often impatient to get past it and back to Darcy’s story.  The romance with Yamaraj seemed like it was included because there’s supposed to be romances in stories like this. Unlike Darcy and Imogen, there wasn’t much chemistry.  Lizzie doesn’t think or feel about him in romantic ways, just gets with him occasionally to make out. The world building is fairly unique, based on Hindu mythology, and Lizzie’s quest to find the killer of her mother’s childhood friend is enough plot to move the story forward. Even the climactic showdown seemed like it was there because it was time to wrap things up.  It’s not a bad story, it’s just not as good as Darcy’s story.

Ultimately, this is a book I recommend. It’s not a challenging read, but it is enjoyable, and as Imogen herself says, who doesn’t need the occasional happy ending?