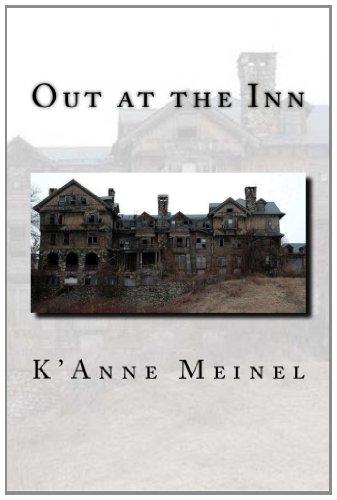 Yes, that title is a pun.

Unsure what I was in the mood to read, I started this book because from my cursory glance at the description I thought it was a mystery novel. It quickly became apparent that it was not. However, I was pleasantly surprised to find that I was enjoying the novel, a modern drama set in central California. An update on the rags-to-riches story, at first this book almost reads like a slice of life. The writing style is casual (and could use some editing, but if you’re not a stickler for grammar or irked by improper punctuation, it is perfectly readable). A huge portion of the book is basically a how-to manual on refurbishing an abandoned mansion to turn it into a working inn. It brought back fond memories of Extreme Makeover: Home Edition, but without the professional crew. Instead, the work was mostly done by one woman: the main character, Leah Van Heusen.

Leah starts out as a simple delivery woman with a dream. But we soon find out that she has a surprising past. Her parents were unbelievably rich owners of a huge corporation. When they died young, however, Leah was left in the care of her unscrupulous Uncle Chet, who eventually cheated her out of every penny her parents left her. Leah escaped dependence on him and began to make her own way in the world, holding down a job and leading  a simple middle-class life. However, when he needs a favor from her, she suddenly has leverage to demand payment from her uncle for services rendered. With the sum from her uncle, Leah feels closer to realizing her dreams of buying, fixing, and re-opening the inn she discovered hidden away on a cliff overlooking a beach. She decides to name it Windswept Inn of San Simeon.

As Leah goes through her adventure meeting new people (some long dead – for the Windswept Inn, like all good old inns, is haunted) and receiving invaluable help from all of these wonderful new acquaintances, her thoughts occasionally stray from her entrepreneurial dreams to different dreams: of love. And although she still primarily focuses on the project of fixing the Inn, her uncle makes a repeat appearance as the antagonist, trying to get his claws back into her life and bank account. After this interruption culminates in a hairy legal battle, things go back to business as usual at the inn… Until a Hollywood star books a few weeks at the Windswept Inn and becomes interested in Leah. Over the next year they grow close. And to make it interesting, apparently the ghosts of the Inn approve of their growing relationship!

Out at the Inn was a pleasant read, good for idling a rainy day away or reading in the chilly autumn evenings to come. The premise requires some suspension of belief, but at the same time fits a certain realm of possibility that is not too far removed from the familiar. Leah’s status as a super-rich heiress was a bit surprising, but not too unusual for a work of fiction. Her chance meeting with a Hollywood star makes sense in context considering Hollywood stars need a place like the beautiful and discreet Inn to vacation from their hectic schedules. The two beautiful women meeting and falling in love is not that big of a stretch after that. Yes, the ghosts are a bit much, but they serve as a garnish to the story. If you think about it, they are quite appropriate for the subject matter. What’s a huge, abandoned turn-of-the-century building without ghosts? It’s practically unheard of. Overall this was a good read, though maybe a little tedious at times if home improvement and gardening isn’t the sort of action you look for in a novel. Personally, I found it relaxing and even comforting to read. It was a feeling like watching an episode of “This Old House” with my grandparents. Maybe that just depends on one’s personal upbringing. I recommend this book for light reading for someone who has a bit of free time on their hands.