I was ecstatic when I heard that Malinda Lo was writing a loosely connected follow up to Last Night at the Telegraph Cub because Last Night at the Telegraph Club is a hugely important lesbian coming of age novel set in 1950s San Francisco Chinatown that A) I wish I had had access to as a teenager and B) I’m so happy the youths have access to today. In A Scatter of Light, Lo attempts to recreate that same sense of teenage discovery and feelings in a more recent decade and succeeds wildly. I listened to the audiobook and had a fantastic experience. I cannot recommend this book highly enough. Lo is unparalleled at invoking the teenage experience, where your feelings are huge and undefined and you don’t yet have the life experience to have perspective.

In A Scatter of Light, when recently graduated Aria West arrives at her eccentric artist grandmother Joan’s house in California for the summer, she’s upset that she’s not spending the summer on Martha’s Vineyard with her friends as planned and doesn’t expect the summer to come to much. But Joan, rather than judging her for the high school scandal that landed Aria in California, encourages her to pursue her interests, interrogate her own perspectives, and look at things in new ways, leading Aria to both connect with her past and push her boundaries with art while she’s there. Aria’s summer is further derailed by Joan’s gardener Steph, an aspiring musician, who invites Aria into a community of working class lesbians and queer events that Aria had previously never thought about. What started out as just killing time until she could leave for college turns into a life-changing summer as Aria learns several new things about herself. Dyke marches, art history, music festivals – Lo balances the nostalgia-drenched coming of age experience with real emotion for a surprisingly solid teenage narrative.

What I loved best about this book is that Aria’s beautiful emotional queer journey happens with all the grace of getting tackled by a football player and all the emotional subtlety of a fireworks show. It’s perfect and wonderful and great fun to read because Aria feels and loves with all the explosive power of a teenager who doesn’t have the experience to put her emotions into context. And many times her narration had me screaming with glee and with the experience of an adult perspective. It was an absolute blast to watch Aria have her hot lesbian summer, I had the most fun time listening to the audiobook.

Alas for Aria, not everything is as simple as getting flirted with by several lesbians and slowly realizing her feelings are not just friendship. For one thing her grandmother Joan, her ostensible reason for being in California to begin with, encourages her to explore art, something that Aria had never considered but starts mixing with her passion for astronomy and her history with her deceased grandfather. Her mother delivers some family news that sends Aria into a minor tailspin. (spoilers) And Steph, the object of Aria’s newly awakened queer desire, comes with an established relationship, albeit one that is making both halves of it miserable. It all comes to a head when Joan’s physical condition abruptly worsens, bringing Aria’s summer of awakening to an emotional close. (end spoilers)

A Scatter of Light is a dramatic, and fun ode to early 2000’s queer culture, coming of age, and teenage feelings, and I am so, so glad that youths today can just pick it off of any shelf. The characters feel deeply, the decisions are messy, and the open mic nights are queer. And journeying along with Aria while she had a wild summer awakening was the highlight of my fall. I appreciated the masterful way Lo handled themes of growing up and reaching new emotional maturity and dealing with life’s complicated circumstances. I especially appreciated that the summer remained what it says in the title – a scatter of light, a transient experience, a bubble of time that changed everyone involved but was not a lifetime commitment at 18. This book was amazing to read as an adult, would have absolutely given me new thoughts and perspective if I had had it available as a teen, and would be a great addition to your to-read list. 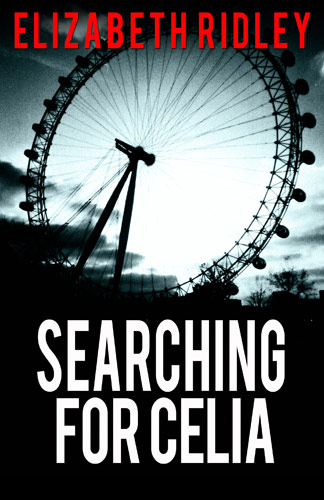 Searching for Celia by Elizabeth Ridley is a fast-paced mystery about identity. It starts with our American narrator, Dayle, on a plane to visit London and deliver a keynote speech at a writing conference, and more importantly, to visit her lifelong friend and one-time girlfriend, Celia. Dayle and Celia meet as young teenagers when Celia’s father was working in the U.S., and Dayle and Celia have been friends ever since. Six years before the novel begins, Celia and Dayle completed a writing graduate program together in England. During that time, they were briefly a couple, sharing dreams of writing serious, important fiction.

Celia and Dayle both succeeded in getting some of their serious, important fiction published shortly after graduating. Both women ended up experiencing tremendous commercial failure with their fiction in the years that followed, and were devastated by this failure. Dayle handled this by adopting a pen name, dying her hair, and writing a bestselling series of over-the-top spy novels and buying a Chicago condo with her profits. In just half a dozen years, Dayle’s gone from idealistic would-be writer to wealthy blockbuster novelist who worries about being a sell-out. Celia, on the other hand, started off with some success in her chosen field, followed by a flop that was also ripped apart by critics, and quit. Instead of writing, Celia’s been single-handedly running a nonprofit out of her London apartment, serving refugees and asylees, especially women and girls trafficked in sex trade. Not surprisingly, they’ve drifted apart. When Celia invited Dayle to stay with her during Dayle’s visit for the conference, Dayle hoped to revitalize their lagging friendship. A heartbreaking personal loss Dayle has recently suffered only fuels her longing for someone she knows so well.

Unfortunately, Celia doesn’t greet Dayle at the airport. Dayle goes to Celia’s address and she’s not there either, but she lets herself in. Soon she learns that Cecelia’s car has been found on a bridge and it appears Celia has died by suicide mere hours before Dayle arrived. This shock launches Dayle into an investigation of her friend’s life. While staying at Celia’s apartment and meeting with Celia’s recently dumped girlfriend, Edwina, Dayle discovers sides to Celia she never expected, casting doubt about everything she thought she knew from twenty years of friendship. Dayle suspects that the police account of Celia’s disappearance is not the whole truth, and her search for answers raises even more questions. Did Celia die or fake her death? If she’s dead, was it suicide or murder? Was Celia’s nonprofit broke, mixed up with organized crime, or both? Was Celia keeping the nonprofit afloat with her own money or using it as a personal piggy bank? Who was the real Celia? Dayle keeps digging, even when it begins to put her own life in danger.

The plot moves along at a quick and engaging clip, with menacing themes of terrorist threat and mistaken identity woven throughout. I read the whole thing over a weekend, eager to find out what would happen. This novel is suspenseful without being gruesome or gratuitous, and deftly avoids gore and sexual violence. Dayle and Celia’s friendship feels real, complicated, and fluid the way long-term queer friendship often is.

Searching for Celia isn’t perfect. Dayle’s launch into literary success seems too quick and easy. Edwina is underutilized, and too many characters–such as Celia’s therapist–offer up crucial information that should be private, seeming just because Dayle asked. Some of the most interesting questions are never answered, even when the rest of the story comes to a fairly satisfying end. For example, we never learn why Celia chose to work with refugees, asylees, and trafficked women when she faced difficulty with fiction, or why she revised an unpublished novel and asked someone to keep it safe when it seems she’s given up on writing. Celia’s nonprofit and the characters it served seemed two-dimensional, holding up the plot well enough but not doing much else. In the final chapters, Dayle jumps on theory after theory with little evidence, trusting people with secrets and then regretting it as soon as she hears a different theory. Not surprisingly, this leaves Dayle, and others, vulnerable to manipulation and harm. I like my heroines a little more savvy, especially because at that point Dayle is deep in her investigation and knows some of the dangers she may be facing.

Limitations aside, Searching for Celia sucks you in. It’s a great read for mystery fans. It digs into deeper questions about what it means to know someone while keeping you guessing about the story. If you’re intrigued by the premise, give it a try.