This Poison Heart by Kalynn Bayron follows Briseis, a Black teenager who lives with her two moms in Brooklyn, helping them run their flower shop. Briseis has plant magic and can grow plants from a touch, but she doesn’t know the limits of her powers or how to control it. Unlike a lot of YA fiction, Briseis isn’t trying to hide her abilities from her parents, but she is hiding that her plant affinity is drawing her strongly towards poisonous plants, something hard to hide or experiment with while in Brooklyn. A surprise inheritance of an estate from an aunt Briseis never knew she had seems like the answer to a lot of their problems – they can get out of city for the summer and re-examine their struggling finances and Briseis will have plenty of room to experiment with her powers. But small town New York state is a world away from Brooklyn and Briseis’s birth family has a way weirder, and darker, backstory than they can ever imagine. When Briseis discovers a poison garden on the estate and strangers start showing up to ask her for magical remedies, she realizes there is more going on than meets the eye. Bayron weaves Greek mythology and magical realism into a fun coming of age story that is pure Black girl magic, with a bonus queer crush on the rich and mysterious girl who knows more than she’s letting on.

What I enjoyed most about This Poison Heart was the mix of YA sensibilities and gothic/mythological atmosphere. Briseis banters with her mothers and worries about her social life, but the location is a decaying mansion, a poison garden, and a small town where they don’t quite fit in yet. The poison garden she finds on the estate is so poisonous that literally no one else can get in without Briseis shielding them with her powers, but the plants leap to be near her like eager pets. There are teenage dates, but also a letters full of cryptic clues from her aunt. Briseis worries about how her hair looks and researches Greek legends with equal fervor. At one point, there’s a showdown in an old graveyard. It’s fun, but spooky. I had a fun time reading it, and I also had to urge to find some youths to recommend it to.

The heart of this story though is Briseis’s relationships. She has grown up knowing she’s adopted, and she shares a deep and loving relationship with her moms. She worries about the sacrifices they make to keep their shop open and help Briseis live her best life. They worry about if her powers will hurt her, or if she’ll make friends. The decision to move to her aunt’s estate is one they make together. Briseis has become estranged from her Brooklyn friends, but she (and her moms) are thrilled when she immediately meets new people. Carter knows his way around town and fills the friend void in her life. Briseis also develops an instant crush on Marie, a mysterious and rich girl who seems to know an awful lot about Briseis’s birth family (Briseis’s moms are especially delighted by this development). But Briseis is not fated to sit back and enjoy a summer fling in her new country estate – rather, the more she discovers about her family’s past, the faster developments happen, until not only Briseis but also her family and new friends are caught up in a web of mystery, magic, and mythology.

In conclusion, This Poison Heart was an exciting and fun YA novel. I greatly enjoyed the magical realism and gothic setting, and the Greek mythology was a fun addition and not too heavy-handed. As usual, I delight in books where the queerness is casual – Briseis’s two moms are presented as a loving fact and not a plot point. Briseis’s crush on Marie is overwhelming to her because that’s how teen crushes feel, not because she’s a girl. There’s Black family history in an estate where they’ve lived for generations but also culture shock in moving from Brooklyn to small town life. I had a great time reading, and I can’t wait for the sequel, out in June. Have a fun romp yourself, or pick it up for the magical-loving teens in your life today. 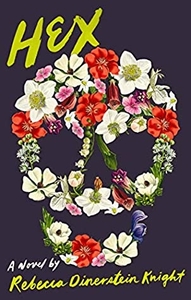