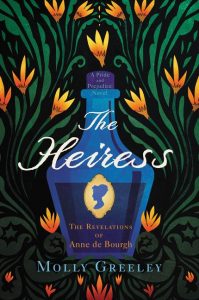 I’m not a big Pride and Prejudice fan, but for some reason, I’m drawn to P&P retellings–especially queer ones. The Heiress is a Pride and Prejudice novel: not exactly a retelling, a prequel, or a sequel, it fills in the story from one of the minor characters of the book: Anne de Bourgh. In case you forgot, Anne is Mr. Darcy’s original fiancee, and Catherine de Bourgh’s sickly daughter. In the original book, Anne doesn’t leave a strong impression. This novel gives her centre stage, and makes her a compelling and empathetic character.

Anne was a fussy baby, and she was prescribed laudanum drops to quiet her. She continued to be lethargic and delicate, and when she missed her drops, she had horrible reactions (shaking, sweating, sensory hallucinations, etc), so she stayed on these drops her whole childhood. Essentially, Anne has been drugged on opium her entire life. Any time they try to stop, she goes into withdrawal, which they interpret as her sickness getting worse. This leaves her, understandably. listless and easily overwhelmed. She’s never known anything other than this, though: at no point in her life has she been able to be clear-headed and sober for more than an hour or so at a time.

You might remember the character of her mother better. She is controlling and has very strong opinions, not allowing Anne to do anything that might strain her, like learning to play an instrument or reading novels. She is more like an object in her own life: she is often ignored or pitied by guests, and even in her twenties, her mother treats her like a small child. She mostly just watches the people around her. Although she has no agency in her day-to-day life, she is the heiress of their estate, which is extremely rare: she doesn’t have to marry to keep the land.

She loves the house and grounds–and she feels like it loves her back. She can hear it whisper to her after she’s had her drops. But she also lives under the shadow of the estate that will one day be hers. She feels incapable of managing it: she can’t even manage a conversation.

One of the only people who treats her like a human being is her governess, who tries to tell her that she is capable of more. She attempts to warn Anne about the medicine, but Anne doesn’t want to hear it, and her governess knows that pushing too hard will leave her without a job. Anne gets a crush on her, naturally, but the governess leaves and is replaced by a bland woman who acts as a puppet of her mother.

Eventually, Anne begins to internalize what the governess told her, and she realizes that the drops that she has been depending on may be the cause, not the cure, for how she feels. Impulsively, aware that her life is in danger, she dumps her medicine and flees to her cousin’s house in London, one of the few people who has ever treated her like a person. There, Anne tries to learn how to be independent, and how to fit in.

This is also where the book turns into a lesbian historical romance! It’s exactly the kind of excruciating historical lesbian slow burn you love to see. As Anne tries to fit into London society, she becomes fast friends with a woman who is a little too loud and boisterous for Victorians, but Anne can’t pull herself away from her. Eliza introduces her to novels and takes her shopping for fashionable clothing. Soon, they are spending almost all of their time together.

This is a book that fits together with Pride and Prejudice, but could also completely stand on its own. Without the references, it would still be a fascinating look at a woman who lived most of her life in a haze and the struggles of coming out of it. The last half of this book is also a beautiful, absorbing F/F romance. It manages to be both a Victorian historical novel and feature a drug addict lesbian main character with no apparent clash between those ideas!

I highly recommend this for fans of historical fiction, whether or not you are a Pride and Prejudice fan. 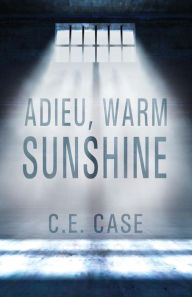 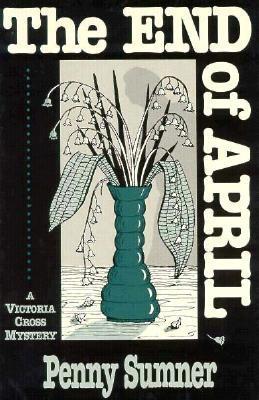 Tor Cross is a special kind of private Investigator: one who is trained to authenticate and preserve documents. Her great aunt—an Oxford professor—hires Tor for both of her skills. Not only does and want Tor to validate the authenticity of handwritten Victorian-era erotica, but also to investigate a series of threatening messages received by a law student at Oxford—a beautiful law student, named April Tate. But April dismisses the threats and Tor has to go into overdrive to make sure that April’s complacence doesn’t get her killed. And that means finding whoever is sending the notes.

The setting conjures up Dorothy L. Sayers’ Gaudy Night. In fact, one of the characters even mentions that iconic title. But it also brings to mind other books in this side-genre of lesbian mysteries: murders in the halls of academia. A few come to mind: Report for Murder by Val McDermid, Angel Food and Devil Dogs by Liz Bradbury, Hallowed Murder by Ellen Hart, and even Agenda for Murder by Joan Albarella. I happen to like this motif; the educational settings seem to give the books a grounding in the literary.

The End of April is constructed differently than many other lesbian mysteries in that Tor gets the girl right away—without having to wait until near the end of the story when the mystery has been wrapped up and the love interest is no longer a suspect. And unlike the relationships in some books—in Stoner McTavish, for instance—the attraction between the two women is easy to understand. Both Tor and April are intelligent, outgoing, and immersed in their own special talents. It is a rather spare, easy-to-read novel and because Tor is likable, her first-person narration makes the novel smooth and enjoyable. The writing is always adequate, but in places—like when Tor thinks she has lost April for good and waxes poetic about love—it is both exquisite and wise.

One problem, though, is that it is a chore to remember the actual perpetrator even a day or two after finishing the book. This seems to indicate that the criminal was not really a major character. That’s all right; I don’t believe that the criminal even has to be part of the story at all. What I argue with is that, if the criminal is present, he or she should be memorable. Another small peeve is that Tor’s job transcribing Victorian-era porn gets a way-too-brief mention. Neither the job nor the author of the manuscript she is transcribing is adequately described. It is not impossible that Sarah Waters, in her dazzling Fingersmith, took it upon herself to finish what Sumner started. Kudos to Waters but not to Sumner.

This 1992 novel is part of the second wave of Naiad Press mysteries. As such it has historical significance in the LGBT publishing world. It was even edited by two of Naiad’s shining lights—Katherine V. Forrest and Clare McNab, who wrote the popular Kate Delafield and Carol Ashton series of mysteries respectively. The End of April is a better-than-average mystery with better-than-average characters. Give it somewhere between 3 and 4 stars and add it to the burgeoning list of mysteries set in academic surroundings.