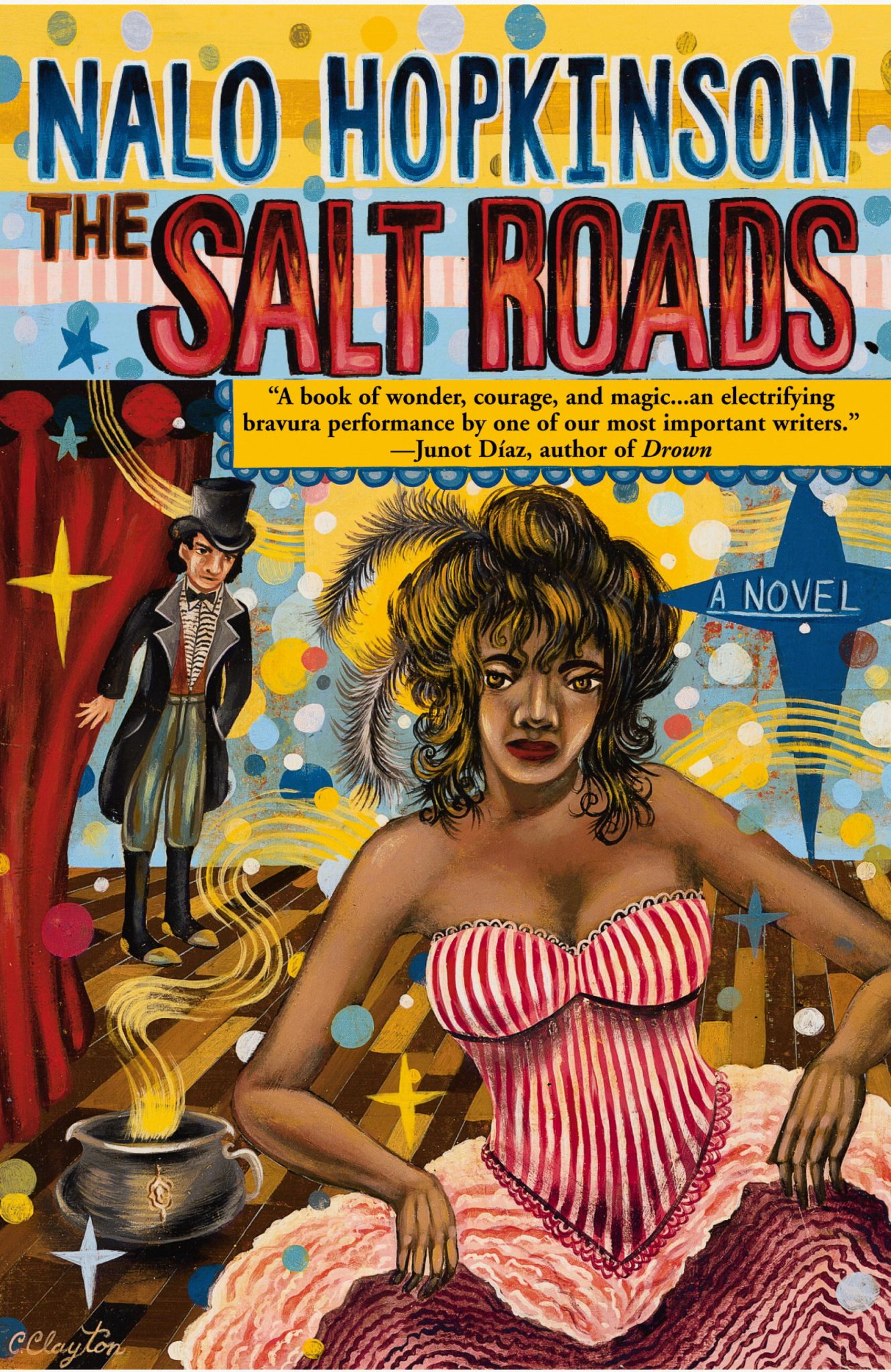 First of all, how amazing is that cover? Doesn’t it make you want to pick it up just by itself?

Amazingly, this was a book I was assigned in a class. I very reluctantly put down Inseparable by Emma Donoghue (which is also amazing, and I will be reviewing it later) to read The Salt Roads, but by the time I reached page 15 and there was a f/f sex scene, I changed my tune.

My library put a sci-fi sticker on this book, which is clearly incorrect, but I think the label of “Fantasy” wouldn’t be much better. Fabulism sounds closer, but I hesitate to use that either, since I am fairly sure I wouldn’t say that about a book that was rooted in Christian religion as much as The Salt Roads is rooted in West African religion.

The Salt Roads bounces between many characters and times, and each has their own distinct voice. A god has her own voice and storyline, and she and other gods make physical, observable impact on reality. The queer content is mainly in the beginning of the novel, with more of a focus on colonialism, racism, oppression, resistance, slavery, etc, but it still definitely has an impact on many of the characters.

I’m not sure how exactly to describe The Salt Roads. It goes all over the place, sometimes rocketing between characters and sometimes remaining in one place for a long time.  I was rarely ever irritated by that, though, and it was easy enough to keep the whole cast of characters straight. There was perhaps no coherent plot arc, but… with some books, it just doesn’t matter. It didn’t need one. It was about ideas, about the people. I really liked it, and I recommend it to anyone who is looking for queer literature featuring women of colour (or more accurately, literature with WoC that also has queer content).

7 Replies to “Danika reviews The Salt Roads by Nalo Hopkinson”