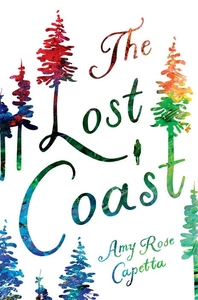 This was my most-anticipated book of 2019, and it lived up to the hype. I knew from the time that I heard about a YA novel featuring six queer witches among the California redwood forests, I was hooked. This is such an atmospheric, encompassing read. It’s told in a way that mirrors the fantastical events: we see the story through different time periods and perspectives (Danny–the main character, The Grays–the witches, the Ravens, the Trees, the students at their high school, etc), giving a piecemeal account that advanced remarkably organically. I found that I had to let the story wash over me, without getting too bogged down with the details.

I still get a little thrill out of seeing books that actually use the word queer in the description, so that’s always a plus, but it exceeded my expectations on the representation front. It’s no coincidence that this is the queerest YA book I’ve read since Amy Rose Capetta’s Once and Future. With a few exceptions (Anger is a Gift and Down to the Bone come to mind), I still don’t see a lot of YA (or books in general) that feature a queer friend group. To have 6 queer witches that celebrate their identities is–I hesitate to say–magical to read about. The group includes a grey ace non-binary character, a black bisexual character, a main character who identifies as queer, a character with synesthesia, a character with a limp, and a Filipino character. These characters discuss their labels and identities freely and without shame. This book includes a character casually using the phrase “femme as fuck.” Not only that, but Danny is a queer teenage girl who enjoys her sexuality. Kissing is her favourite thing to do, and she usually kisses girls. Before moving to Tempest, she spent her time finding all the girls in the school who wanted to kiss her, and kissing them. I feel like sapphic YA often shies away from explicit sexuality, while The Lost Coast celebrates sexuality/sensuality, and includes an on-the-page f/f sex scene.

I found myself partway through this book, impatient to reread it. Because there are so many central characters as well as perspective and time period shifts, I felt like I couldn’t keep track of it all the first time through. It wasn’t a problem, because this has such an eerie, dreamlike feel that this disorientation just added to the experience. Although I am Canadian, I live on the west coast, and the magical, foreboding, awe-some power of the forest described in The Lost Coast really spoke to me. By the end of the book, I did feel satisfied that I understood the crux of the plot despite my initial confusion, but I am still excited to read this again on a breezy October evening, diving into this magical and encompassing story with a better understanding of the personalities contained there.

There were a few moments that really made me stop to appreciate and process them. At one point, Danny realizes that although her mother loves her, she doesn’t understand her: “there are parts of me–maybe the best parts–that she will never see, because they’re too strange.” Despite the flack that The Well of Loneliness gets, I still find that one line from it echoes through queer lit even to the present, where the main character declares that her love–which she has been shamed and hated for–is the best thing about her. I see this in Danny, too, this confusion/shame/outrage that the qualities others may resent or want to change about us may be our best qualities, what we most have to offer to the world. Later on, Danny realizes that part of the reason that the Grays touch so much is that they recognize that people like them have been denied this in earlier times, that every kiss is also in tribute to the queer people who were not able to openly kiss the people they wanted to. Especially in the conclusion of this story, there is a real recognition of queer people through time, which I really appreciated.

This is a beautiful book that I feel like so many people have been asking for. It’s an atmospheric Fantasy story. It has diverse queer representation. It’s whimsical and has a big queer cast, all of whom have their own magical specialization. I think this deserves so much more attention. Amy Rose Capetta has really pushed queer YA forward, between this and Once and Future. I’m so glad that 2019 is bringing us the stories we’ve been craving for so many years. Please pick up this story of chosen family and finding your own magic, and spread the word, because I know so many readers have been waiting for a story just like this.