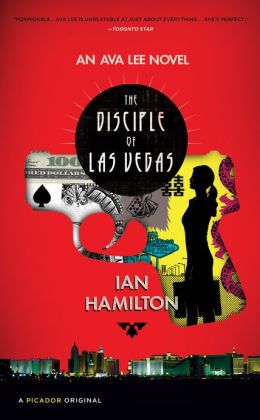 I was recommended this book (and subsequently offered it by the publisher) while putting together a list of Asian lesbian books. Ava Lee is a Chinese-Canadian lesbian forensic accountant (she tracks down millions of dollars) and a certified bad-ass. I actually just realized when looking this book up to link it that this is the second book in the series. (The first is the Water Rat of Wanchai.) Oops. But you can definitely start here, because I didn’t feel like I was missing anything. She starts out with an injury from a previous job, but that’s about all to indicate that you might have missed something. I think what I most want to say about this book is that if you’re looking for a mainstream thriller that just happens to have a lesbian protagonist, this is it. She exchanges some flirty emails with a woman throughout the book, and that’s about as significant as that subplot gets. It isn’t revealed that she’s gay until 50 pages in (though maybe you’d already know if you read the previous book…) I worry that this sounds negative, but I actually felt the opposite! This is a book of the future! When people’s race or sexuality are layers to their character, not the center plot of the novel.

Again, this book reads like what you’d expect from a mainstream mystery/thriller: the writing is not especially remarkable, but not distracting (though there is a lot of brand name dropping, which I think is pretty typical of the genre). There is a lot of description of things like scenery and outfits, so if you aren’t a visual reader, that might be a little distracting. For the plot itself, Ava is trying to track down millions of dollars that have been cheated out of a very wealthy CEO of a company in the Philippines. Ava communicates with her partner (an older businessman with never-ending connections) in Hong Kong as she travels around the world following leads. And I mean travel. The book hops from location to location extremely quickly. Ava often spends less than a day in a country before booking a flight for the next one. (But it was cool to see her visit my city!) Characters pile up as she follows the money, gaining new enemies and allies on the way. Occasionally this got a little dry, because it is a financial mystery, and there are discussions of paper trails and bank transfers. Still, because Ava starts the book with bruises from her last job, you know that her line of work can get ugly, and there is some graphic violence at the end.

If you like the thriller/mystery genre, and especially if you’re looking for more mainstream books with lesbian or PoC (or Canadian, or PoC lesbian!) characters, definitely check out the Ava Lee series. If you’re not really into thrillers/mysteries, there isn’t a significant enough lesbian romance to overcome that, so don’t go in expecting a romance novel. I really am impressed with this novel for having a PoC and queer main character when it isn’t dictated by the plot and is professionally published (I shouldn’t have to be impressed by that, but I am), but I did have a minor quibble: at one point Ava is asked out by a guy and she says that she’s a lesbian and then says something like “from my first sexual impulse” (also she then kisses his hand?). That didn’t ring true for me. Would someone really say “From my first sexual impulse” to an acquaintance while outing themselves? Also, it assumes that being a lesbian is based in sexual “impulses”, when it’s just as much (if not more) a description of romantic attraction. Still, pretty minor.

2 Replies to “Danika reviews The Disciple of Las Vegas: An Ava Lee Novel by Ian Hamilton”