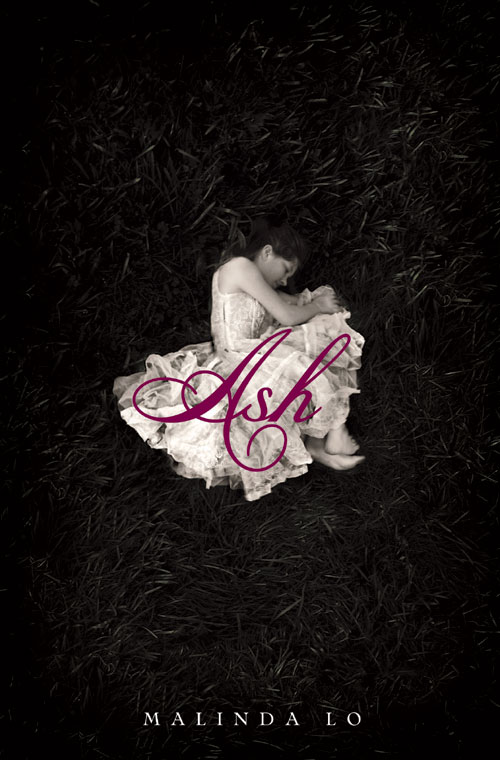 I’d encountered numerous mentions of Malinda Lo’s Ash, a retelling of Cinderella, long before I bought a copy. It’s always on lists of fantasy fiction with lesbian protagonists and from what I’ve seen, it enjoys a lot of popularity and good reviews. I bought it hoping to find a professional, lush retelling of a fairy tale, and I wasn’t disappointed.

Ash draws inspiration from all sorts of European mythology, particularly stories of the Wild Hunt. The story follows the usual Cinderella plot but is wound through with several sub-stories that added depth and allowed me to empathize more with the characters than I do when I read traditional fairy tales. From the beginning to the end, one of the things that drives Ash is the memory of her deceased mother, and many of the story’s significant mysteries involve her mother both in origin and resolution. In fact, all of the major pieces of the story in Ash are woven together skillfully. There are two people with whom Ash has significant relationships – Kaisa, the King’s Huntress, and the fairy Sidhean. Though the nature of these relationships is very different, they’re intertwined and each relies on the other to hold the plot together.

One of the things that really drew me into the story was the landscape. I tend to fall in love with landscapes in fantasy stories, and sometimes they end up being what brings me back to a book again and again. The settings in Ash were no exception. Much of the story takes place in forests, and they were all vividly realized with vibrant and contrasting details. Among the various settings were the deep, wild northern forests near where Ash grew up; the sunny, Sherwood-like woods where she met with Kaisa; the moonlit and gossamery faery glades that seemed to flicker in and out of reality; the bleak, stone-hard houses where she lived under the oppression of her step-family; and the resplendent garden-ringed palace of the royal family. All of them felt real enough to me that I looked forward to each setting change.

Ash’s relationship with Kaisa was satisfying but uncomplicated; I definitely rooted for Kaisa as Ash’s love interest even though Ash’s relationship with Sidhean could be considered more complex. The normal Cinderella “prince looking for a bride” plot took a backseat to Ash’s developing love for Kaisa and navigation of her bond with Sidhean, and I definitely preferred it that way. The prince was more of a backdrop, a reason for the celebrations at which Ash and Kaisa were able to meet. I felt that the resolution to all of the plot’s mysteries was somewhat sudden and vague, but I cared more about the journey anyway, and the journey was definitely worth it.

One Reply to “Katie Raynes reviews Ash by Malinda Lo”