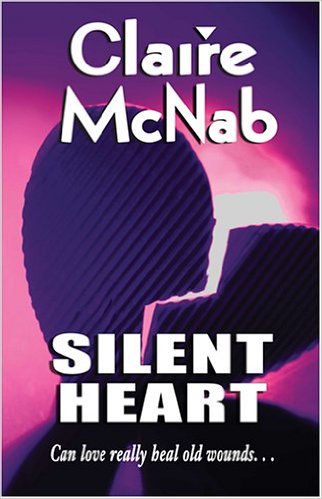 When I visited New York for the first time, I knew had to take a look at The Strand. It didn’t disappoint, but I probably got the most enjoyment out of perusing the sale racks out front of the store. When I found an old lesbian romance for a dollar, I couldn’t resist, especially given the premise: an up-tight professor’s academic book on Victorian erotica becomes an unexpected bestseller. (And when she’s interviewed by a pushy, maddening, lesbian reporter–sparks fly!) I picked it up during the 24 readathon thinking that a fluffy, cheesy romance would be just the thing for a light read. That is probably true, but Silent Heart is not that.

What I wasn’t expecting from this book, though, was the darkness and complexity. Victoria is unaware of her own queer desires in the beginning of the novel, but she does acknowledge her lukewarm relationships with men. They don’t use the word “asexual”, but she is uncomfortable with sexual contact with any gender. It begins to come out that she has repressed some trauma in her childhood that makes any sexual contact triggering.

The romance between Reyne–the reporter–and Victoria wasn’t something I was completely sold on. At the outset, Reyne seemed more pushy sexually and romantically than I felt comfortable with, though she becomes more understanding by the end of the novel.

I don’t think Silent Heart got a fair chance with me, because I was expecting (and hoping for) something light and enjoyable, and this narrative can be bleak and unsettling.