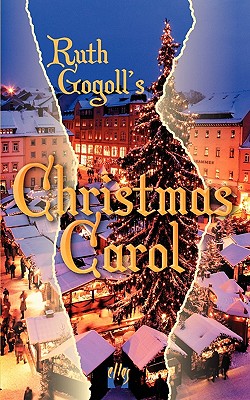 A Christmas lesbian book! How exciting. And it’s a retelling of A Christmas Carol. I love retellings! Unfortunately, I’m not sure it’s a story that can be easily told as a lesbian romance.

The original A Christmas Carol is a novella, but Ruth Gogoll’s retelling expands it into a novel. The first half of Christmas Carol is a pretty straightforward retelling of the original, changing most of the characters to women and bringing it into the 21st century. It seemed a little bit padded to me, though. I think she could have done this more concisely. The second half of the novel is where most of lesbian plot comes in, and it’s a romance. I guess I should have expected a lesbian retelling of A Christmas Carol to include a romance, but I hadn’t really considered it.

The first half of the novel stays close to the original, and it’s a storyline most of us know pretty well, so it’s flexible. I would’ve preferred that the romance was mostly handled in this half, because the traditional plot is so familiar that it can take additional subplots being added, or having the slow revelation be more implied. Instead, the romance comes after, and it ends up feeling like two separate stories stuck together: A Christmas Carol, and the post-Christmas Carol love story.

To be fair, I did mostly enjoy the love story. Mike and Ramona are both sweet characters, and they interact well. I didn’t enjoy that one always seemed to be pushing and the other retreating in their relationship, though.

It’s a little silly, but one thing I really liked about the book is the cute little border around each page. It’s Christmas-y, and not distracting.

Do you have any favourite lesbian winter/holiday stories?