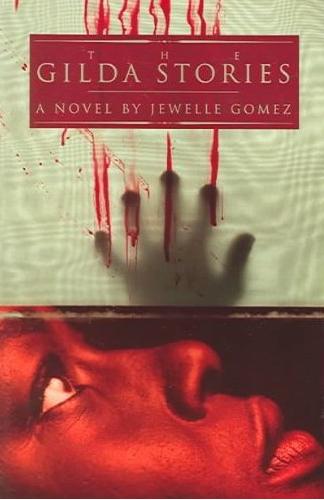 This October I decided that I wanted to devote some time to Halloween reads. My top pick was a lesbian vampire classic (no, not that one), The Gilda Stories. It’s not the first lesbian vampire book I’ve read, but this one stands out for being neither horror nor erotica. It follows a vampire from just before her change, when she is escaping from slavery, to two centuries afterwards (yes, to 2050). It is almost like a collection of short stories, each set a decade or two after the previous one. I found this a fascinating structure, because for one thing, it really imagines the scope of being immortal. You get an idea of how many different cities and time periods she’s lived in and adapted to, in a way that a one-off sentence about being centuries old just can’t encapsulate. It also is just as much a history of racism and slavery in the United States, with Gilda noting the patterns that emerge through time, and her attempts to be involved in progressive change.

Another thing I appreciated about The Gilda Stories was the vampire mythology. As I said, this isn’t a horror book. Vampires in this novel need to feed on human blood, but it’s ideally not a violent act. Gilda and her family have a strict moral code, involving giving something to everyone they feed on. Vampires are able to manipulate people’s thoughts, and Gilda and her ilk read what a person needs (comfort, decisiveness, hope, etc), and leave that with them. They also heal the wounds they cause, making it, in their opinion, an even exchange. In addition to being able to influence thoughts, these vampires also have super strength and, obviously, are immortal. In the “noble” vampire sense, they remind me of more current-day vampire mythology, who aside from brooding and not dying, don’t differ much from humans. On the other hand, they have to carry around earth from their birthplace, a tradition most modern vampire stories drop. (They weave it into hems of clothing and into their shoes, and sleep on a pallet of it.) This helps protect against indirect sunlight and being around bodies of water, though both can still weaken them. And yes, they sleep in the day.

I really loved this book. The writing is great, the characters are so interesting, and I loved this queer, black take on the vampire story. It’s definitely neither horror nor erotica, and Gilda’s lesbianism is basically a non-issue, but also not brushed over. If you’re looking for a different take on the vampire, definitely pick up The Gilda Stories, even if you’re not usually the “scary story” type!

2 Replies to “Danika reviews The Gilda Stories by Jewelle Gomez”