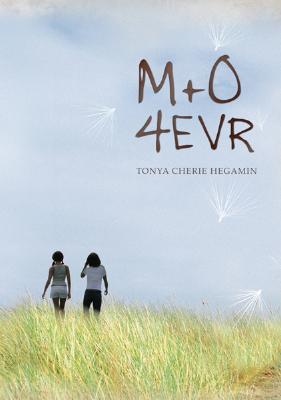 This book was not what I thought it was going to be. It’s a young adult novel, and it’s only 165 pages long, but it’s not a light read. Because this is such a short book, I feel like it’s easy to spoil, so I’ll keep the description short. This is about O (Opal), who’s just finishing up high school and is madly in love with her best friend M (Marianne), but M is more interested in being a cheerleader than in her. O has plans to save M from this small town after graduation, but what happens when those careful plans fall apart? This book reminded me strongly of two others: [spoiler, highlight to read] Bridge to Terabithia by Katherine Paterson [end spoiler] and another short YA book I read recently, The House You Pass On the Way by Jacqueline Woodson. The writing is fairly simple, but I found it to be evocative:

Throughout this story there is another narrative, a folk tale about a runaway slave named Hannah. The two stories interact with each other, and the resulting whole is thoughtful, subtle, and heart wrenching. It has a lot to say about racism (and its progression from Hannah’s time to today), homophobia, and family. All the characters seem fully formed, all with their own pasts and motivation. I especially loved how O’s family informally adopted M, treating M and O as a pair, and M’s grandmother’s understated defense of O’s identity. There is a lot going on in this novel, including O’s struggle to find her own identity and motivation. It wasn’t the light, YA lesbian love story I thought it was going to be, but it was really well done, and I think it’s one that would benefit from rereading.