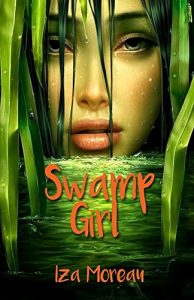 There was a recent article in The Washington Post about young adult novels written from the queer perspective. The gist of the article was that these novels “have begun to feel mainstream.” I’m sure that this is true to some extent; that a queer point of view is becoming increasingly more accepted by today’s readers, especially if these books are being published by traditional publishers. For some queer readers, finding a romance or a fantasy or even a mystery novel with queer protagonists comes as “a happy surprise.”

This last phrase—a happy surprise—is probably the most important idea in the article. Queer teens—or teens who are questioning their sexuality—need these types of books desperately. And not just coming-out stories or romances that end in tragedy—but books where the main characters just happen to be gay and live lives that are as normal as possible in our current society. That’s why Iza Moreau’s first Lesbian YA novel is so refreshing and, yes, important.

First of all, the book is a boisterous adventure that features a cast of almost Dickensian characters. The protagonist, “Sixteen-year-old Trixie McQueen—called Sixteen by her friends—wends her questing way from an abandoned subway tunnel in New York City to the mangrove-wild expanse of the Florida Everglades, where she is threatened by poachers and saved by a group of odd swamp dwellers—some of whom spent hard time as circus acts. Much of the plot involves the attempt of Sixteen and her new friends to uproot the criminals and drive them back to where then came from.

One of the oddest of all the characters is a bangle-and-short-shorts-wearing Valley girl named Raven, who is visiting her estranged mother. Sixteen—who has always accepted her orientation as a lesbian—and Raven—who has not—immediately bump heads, and Sixteen’s attempt to straighten her out—while combating her increasing attraction for the girl—round out the plot.

The first-person point of view is—I doubt if this is accidental—reminiscent of Tom Sawyer or Huck Fin, who have their own adventures to relate and crooks to foil. And, with the help of Voodoo-savvy Burundi, alligator-wrestling Large Lurleen, ex-Marine Big Ned Briscoe, circus-geek Señor Skin, Dorie the philosophy professor, and her other new friends, she manages to do just that. And in doing so, she not only rids the Glades of unwanted vermin, but provides a good, clean adventure for lesbian and questioning teens to enjoy, put on their shelves, and take out again occasionally throughout their lives.

Moreau has announced on her website that she is putting the finishing touches on the first three books in a new lesbian teen mystery series that will give lesbian and questioning teens a Nancy Drew type of hero. It should be interesting because, as far as I know, it will be the first such series. Until then, though Swamp Girl is as thoroughly enjoyable an entertainment as you could want.

Note: I received a review copy of this book that was kindly provided by the publisher in e-book form through Lesbrary.

For over 250 Lesbian Mystery reviews by Megan Casey, see her website at http://sites.google.com/site/theartofthelesbianmysterynovel/  or join her Goodreads Lesbian Mystery group athttp://www.goodreads.com/group/show/116660-lesbian-mysteries