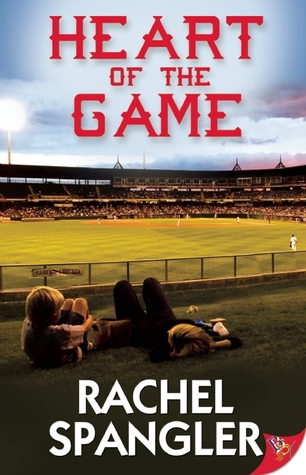 Sports journalist Sarah Duke lives for the crack of a bat and a deep hit caught at the wall. After years busting her chops reporting college baseball games on up, dealing with sexist locker rooms, fans, and colleagues, Duke finally scores her dream job: covering the St. Louis Cardinals. At the season opener, she meets a young fan with as much passion for the game as she. Duke also becomes smitten with the boy’s mother, Molly Grettano. The single mother juggles career, family, and the expectations that she deals with from others and herself. While she dances with the idea of dating as a newly out lesbian, Molly’s long hours balancing managerial aspirations at her restaurant job with her two young sons come first.

Throughout the story, the fierce loves that Duke and Molly live and breathe conflict with how they want their romantic dreams to play out. Both women have worked their asses off to get where they are and compromise doesn’t come easy. Duke exudes easy charm and her enthusiasm for baseball is infectious. She breaks down all of life’s ups and downs into baseball terms, which might wear thin for some readers, but comes across as natural for Duke. Molly worries her kids, especially precocious baseball super fan Joe, might get too attached to Duke. The kids are an integral part of the story, not a tacked on afterthought. One of my sister’s recently started dating again and she can attest that it isn’t easy, especially with kids.

Towards the end of the story I wondered if an Happy Ever After was really in the cards. And then, because of Spangler’s skillful storytelling and respect for her characters, I realized that any way it ended would satisfy. As Duke would say, this story reveals more than its box score indicates. Friendship, family bonds, and love resonate in this contemporary romance.

I haven’t followed baseball since the Seattle Mariners’ golden era (1995-2001). Rachel Spangler’s sports romance, Heart of the Game, however, gets me excited for the start of Major League Baseball at the end of March and for local minor league games where every seat is a good one. Fresh cut grass, peanut shells underfoot, and the swell of the crowd, and everyone dancing the latest craze in tandem (the only time I’ve ever seen a thousand people of all ages do the Macarena). What could be better?

For anyone participating in Lesbian Book Bingo, this novel satisfies the Sports Romance square.