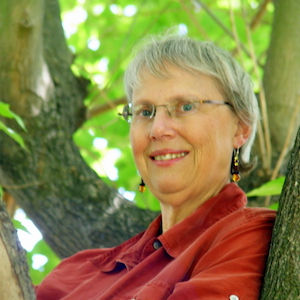 Heather Rose Jones is the author of the Alpennia historic fantasy series: an alternate-Regency-era Ruritanian adventure revolving around women’s lives woven through with magic, alchemy, and intrigue. Her short fiction has appeared in The Chronicles of the Holy Grail, Sword and Sorceress, Lace and Blade, and at Podcastle.org. Heather blogs about research into lesbian-relevant motifs in history and literature at the Lesbian Historic Motif Project and has a podcast covering the field of lesbian historical fiction which has recently expanded into publishing audio fiction. She reviews books at The Lesbian Review as well as on her blog. She works as an industrial failure investigator in biotech pharmaceuticals. When Mallory caught up with Heather, she was just about to take a trip east to visit family in Maine.

Q: What is something people would never guess about you?

Ooh, I both love and dread this sort of question because it depends on the audience. People at my day job are startled by the most ordinary of things–like, that I once turned in a homework assignment written in cuneiform on a clay tablet. Most people in SFF fandom don’t know much about my day job as an industrial failure analyst. And I can usually befuddle those who see me as a stuffy amateur historian by mentioning that I once had the police called on me for participating in a dog fight…as one of the dogs. (This story is best heard in person as performance art.) Once people start getting to know me, it’s hard to stump them because then they’re willing to believe almost anything!

Q: You often post photos of your desk rose on twitter. How did that start? Do you have a green thumb?

I have a brown thumb. I kill houseplants. I killed an aloe vera once, and that’s hard. But I live in California and have an automatic watering system, so it’s hard to fail too badly at growing things. For obvious reasons, roses are a meaningful flower for me. (Heather would be too, but it’s harder to grow here and not nearly as picturesque.) I have somewhere around 30-40 different roses growing in my yard but I don’t get to spend as much time enjoying them as I’d like. That’s why I started the habit of bringing a rose (or two) from my garden to put on my desk at work every week. That, and the insufferable smugness of being able to do so practically year round. I do a major pruning around January or February every year and take a break from the desk roses, but the rest of the year they come through. There’s a third, more philosophical reason for the desk roses. I pledged to myself that I’d never wait for anyone else to bring me roses–I’d not only give them to myself, but I’d plant an entire rose garden to make sure.

Q: Who and/or what has influenced your writing the most?

Another hard question. My influences and inspirations tend to get thrown into the mulch pile of my back-brain. By the time they’ve composted enough to fertilize story seeds, it’s hard to identify individual influences. I’ve read so many books from so many different–very different–authors. It’s easier to identify the abstract influences. One is a sense of the fantastic possibilities around every corner in everyday life. Not that I actually believe in fantastic things, but the stories that most inspired me usually involved an ordinary world with strange things happening. I still remember reading Mary Norton’s The Borrowers when I was ten years old and choosing to believe that every old house had colonies of tiny people living in the interstices. Every time I’ve lived in a house with a basement, my imagination has populated that space with monsters and secrets. My second most important influence was the lack of media representation I felt growing up. It was impossible to find characters I could identify with thoroughly. The closest I came were the “lost child from a different plane of reality” like Alexander Key’s The Forgotten Door. I started writing stories so that I could populate them with characters who made me feel less alone.