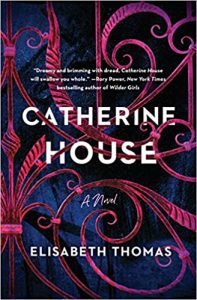 I loved this book. I loved it so much that I immediately binned the other review I had planned for this month, even though I do not have the slightest idea of how to properly describe and criticize this book. I know a lot of people hated Catherine House, so I wanted to make this clear from the get go—I loved this book.

I tend to love experimental works of fiction and Catherine House is very much that. It mixes gothic horror and the campus novel genre to tell a story better suited for a thriller, and it does so by using a structure that is unashamedly literary, heavy in atmosphere and imagery that drips with details and repetition of motifs.

There is still plenty of plot, even some elements that put the book in the speculative fiction category, but Catherine House is the story of a young college girl still in the grip of depression and guilt for falling with the wrong crowd and spiraling through a couple of neglected years that led to trauma and self-loathing, and you will get exactly that from the narration.

Ines is depressed and at times (and for long stretches of time at that), the book follows her depression, her inability to pull herself out of her fog, to follow up on her curiosity, to even be alarmed at the sinister undercurrent that seems surround this place to which she has just committed three years of her life. And that is a hefty commitment.

Because Catherine House is not just any fictional elite college, it is a place that demands its students distance themselves from everyone in their lives, including their past selves. Like a cult, Catherine House demands that each student gives themselves to the school completely, and we start a story with the new class of students that has done just that arriving at their new, secretive home.

Some of them are already a bit cautious, but for the most part, students are seduced into this free, top-tier institution that promises them success in life, if they surrender every part of themselves to it.

Even to me, it felt seductive. I tend to avoid any media that has elements of horror, because I struggle with insomnia as it is. I was reluctant to pick this up, but the beautiful prose lured me in, and soon I was moving deeper and deeper into the house with Ines, wondering with her what ‘plasm’ was and why it had so many of her classmates so obsessed, getting horrified with her by the creepy meditations the school imposed. But like Ines, I also felt drawn to School Director Viktória, even as I could tell from the start that she was evil.

Viktória might have actually been the most seductive part of all. Ines is bisexual and that is established early on in the narrative, so her obsession with the beautiful, mysterious older woman who runs Catherine House felt sexual at first. Ines did not yearn for Viktória quite that way, but her eyes still follow Viktória whenever she is around, keeping herself apart from everything and overly involved with everyone at the same time. In a room full of people, Ines only ever has eyes for Viktória, for every minute detail of her appearance and demeanor.

It is not romantic, but Ines’ gaze feels desire. She can’t stop drinking in Viktória, basking in her presence.

Viktória, for her part, seems all too happy to cast herself as nurturing and maternal, but also seems to display a predatory interest for Ines, never crossing the line, but often making sure she gets Ines alone and disarms her with long talks, probing questions into her interests, lingering touches.

At the end, I couldn’t help but feel more than allured by the school, Ines was allured by Viktória, and that the horror of the book lies primarily with this deeply dysfunctional relationship.

While Ines has a long-term relationship with one of male characters, Theo, even that felt like tethered to Viktória—Viktória tells her to be social, to immerse herself in the school, to make deep ties that anchor her to Catherine and Ines does.

No matter how sinister the school got, I found it impossible to pull away and I think the main reason for that were all those entangled, complicated relationships between women (and mostly women of color at that).

I was so entranced by the relationships in the story that it didn’t bother me very much that the aspects of the book that tended a bit towards science fiction were never fleshed out or that a lot of the later reveals in the book are a bit predictable. I also imagine some people might have had problems with the pace of the story, but like I said before, I expected literary, experimental, with small touches of horror, and Catherine House delivers on that.

If you want a satisfactory plot with clear resolutions, this might not be the book for you, but if you are craving something moody, with lots of description of winter in rural Pennsylvania and complex (and sometimes infuriating) female characters, I think you will like this. 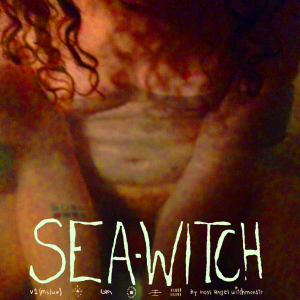 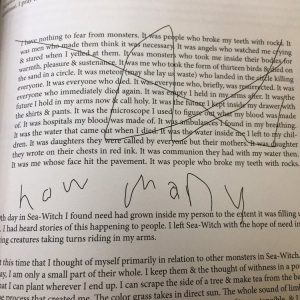 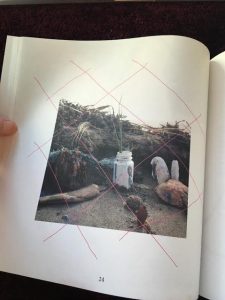