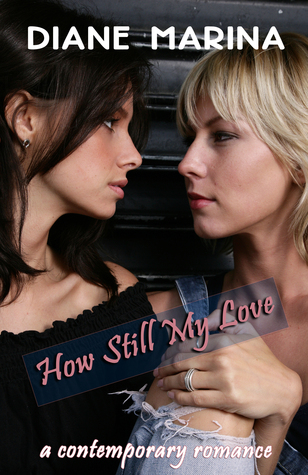 Familiar with Diane Marina’s work, I expected quite the good read as I delved into How Still My Love; however, I did not anticipate that I would be thrust into a world of characters who could so effortlessly elicit an emotional investment beyond what I am willing to contribute to my own experience. Navigating the mundane aspects of my day-to-day life while between chapters, I’d find myself swept away by everything from desire and intimate surrender to desperation and heartbreak. Time and time again, I’d have to remind myself that I was indeed not in the throes of passion or crisis; yet, upon setting the book down for the night, this more vivid world inhabited my dreams.

Having sustained a broken heart in a physically and emotionally abusive relationship several years before, Beth Anders pours her passion into her graphic design studio. Sure, she’s had a few casual encounters, but she has no interest in risking further hurt. That doesn’t dissuade her best friend, Laurel, from matchmaking however; and, Beth reluctantly concedes to a dinner with Laurel, her husband, and her co-worker, Toni Vincent, who Laurel believes to be the woman of Beth’s dreams.

Indeed, it’s lust at first sight and love shortly thereafter. Beth and Toni’s feelings for one another grow quickly, and it doesn’t take long for them to begin building a life together; yet, just a way down the road, they find that they may not have fully grasped one another’s visions for the future. Such a conflict of needs tends to have no easy resolution, but the couple’s lack of communication, resentments and fear-based behaviors turn a challenging situation into something that very well may prove downright devastating.

Be they scenes of intimacy, ecstasy or gut-wrenching loss, Marina writes them all with power, clarity and an understated intensity that packs all the more punch for its skillful lack of melodrama. All the while, I found her sense of pacing, character development and plot progression to be flawless. The unfolding of Beth and Toni’s relationship is nothing shy of masterfully executed for I felt so palpably the lusty anticipation of intimacy, the comfort and familiarity a few years in and the mingling of desperation and rage in the face of betrayal. Lest I neglect to mention, her penning of the bedroom scenes is sexy without an ounce of the lewd or ridiculous.

As much as I appreciate Marina’s strengths as an author, it is the impact and resonance of her work that left me in a state akin to afterglow upon turning the final page. In that moment, I experienced an undeniable sense of gratitude that Marina would provide such a lush and poignant experience for her readers. I certainly don’t indulge in emotionality or invest my heart to the extent I did while immersed in the life Beth and Toni shared; and, from one jaded soul to perhaps another, that vicarious surrender is a rare and precious gift.

I was looking for a fluffy contemporary romance when I picked up How Still My Love, and with a few caveats, I think it delivered.

The novel follows Beth, a woman who’s thrown herself into work at her successful graphic design studio after the end of a disastrous (and abusive) relationship several years past. Her best friends set her up on a blind date with Toni, a local schoolteacher, and the romance blooms from there. Through a few time skips – some more successful than others – we follow Beth and Toni through a delightful honeymoon period, buying their dream house together, and then smack into the wall of the overarching conflict. Toni desperately wants a baby and Beth can’t articulate just how terrified that makes her. A roller-coaster of miscommunication and misunderstandings follows –including the use of a classic, if a bit cliché Big Misunderstanding – until finally, several years later, Beth and Toni earn their happy ending.

I will admit, I struggled a lot with the first third of this book. Beth’s whacky-but-loveable friends come off as, well, pushy and kind of terrible. Our first introduction to Laurel, her best friend, involves her carelessly injuring Beth in a way that invokes the specter of Beth’s physically abusive ex-girlfriend, with the implication that, tee-hee, this happens all the time. Her company is so tight-knit that everyone shows up to pressure Beth to go on this blind date she’s really quite opposed to. I eventually warmed up moderately to Laurel and her husband, but they had to combat an awful first impression.

Toni, on the other hand, is lovely once she’s introduced. She seems to be nice, attracted to Beth, and a generally sweet and sensible person. Honestly, for that first chunk of the book, I would have rather been in Toni’s head, not Beth’s. Beth falls head-over-heels in lust with Toni at their first meeting, and head-over-heels in love with her after three days. And during that time period, there’s a great deal of tell, not show, language. Everything Toni does is ‘sexy.’ Her hair twirling, her dimple, the never-identified nail color on her toes. Toni is also written with instant mind-reading powers – she reads Beth like an open book, which juxtaposes oddly with their later communication problems.

Thankfully, after some significant time skips – three weeks, six months for a single chapter, three years later – the novel smooths out. Toni’s significant flaws fill her out as a character, and we see Beth grow up a lot over the intervening time. Without going into any more detail, I will say that Beth and Toni are a brilliant demonstration of the importance of couple’s counseling. Still, I did feel like they deserved their happy ending, and I was glad to see them find it.

Overall, How Still My Love is a decent contemporary lesbian romance. If you don’t mind fairly simple prose and a dash of misunderstandings and family-related angst in your fluffy romance, you’ll probably enjoy it. 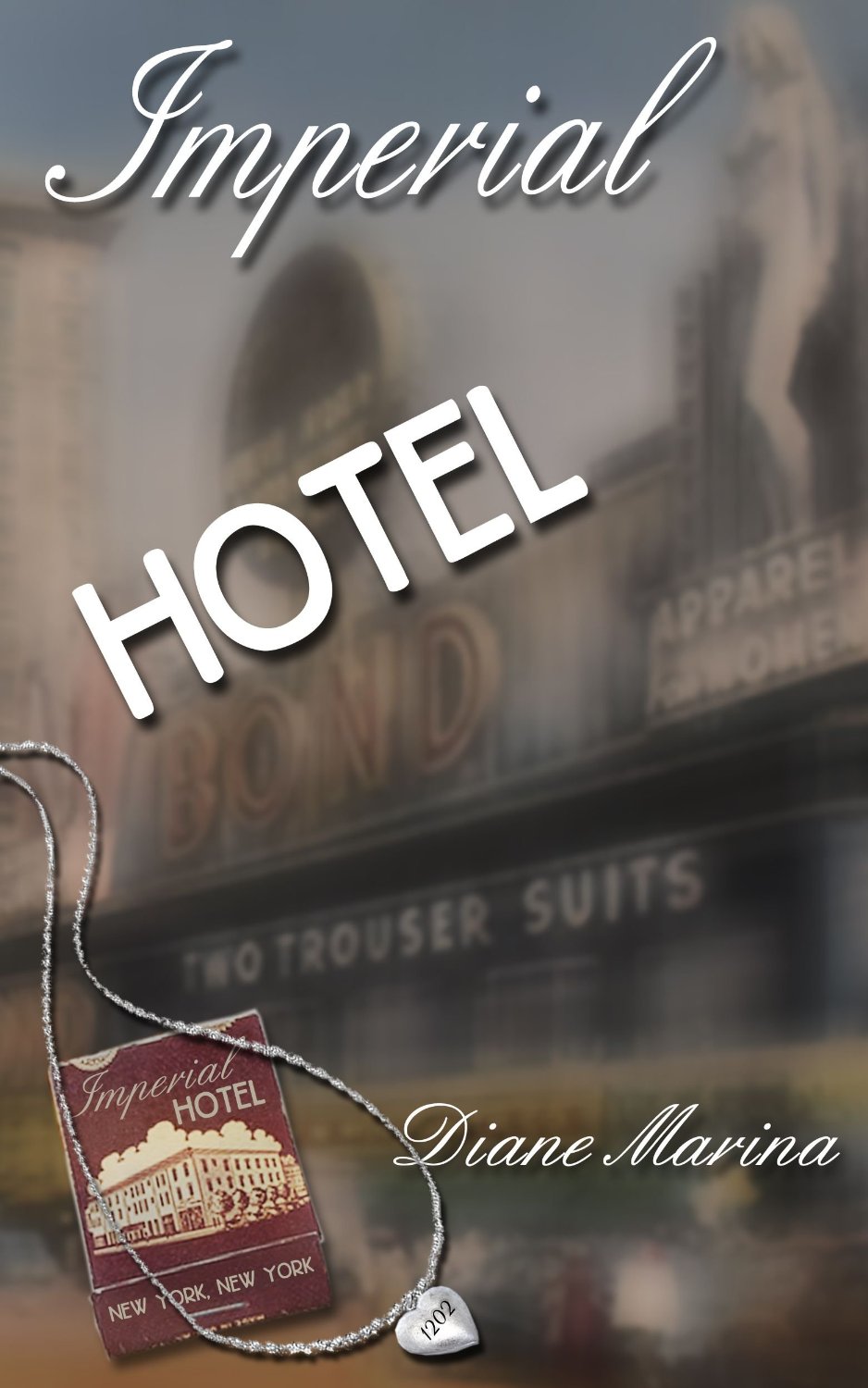 Rare is the romance that speaks to the journey of two lovers as they grow fully into themselves just as they merge into one another; yet, that is precisely what Diane Marina offers within Imperial Hotel, a novelette that takes the reader on the most intimate of journeys, lingering in eternal moments of innocence and passion as well as empowerment and transcendence.

Introduced by their mothers over tea and finger sandwiches at the Imperial Hotel on an unseasonably brisk autumn morning in 1948, Joan Blackstone is instantly drawn to Lily Dandridge, the stunning young socialite who is to assist her in the quest for a proper husband; and, although Lily initially purses her lips and averts her eyes in disinterest, the moment her gaze falls upon Joan, the sense of intrigue grows mutual. As Joan explains, “The expression on her face changed from diffidence to curiosity as she studied my eyes, then the rest of me, before landing back on my eyes, which had never left her face.” As the four share polite conversation and Mrs. Blackstone inquires into Lily’s recent engagement, Joan finds herself inexplicably troubled at the thought of her new friend marrying Andrew, who Lily enthusiastically references as “the most marvelous man who ever walked God’s green earth.”

As their friendship blossoms over cafe lunches, shopping and strolls through Central Park, Joan and Lily become inseparable; and, as a first kiss confirms a love beyond friendship, visits to the Imperial Hotel take on new meaning as the two young ladies enjoy many a discreet intimate encounter within its rooms.

In spite of the genuine love they share, so tender and raw in its innocence and intensity, their relationship is not without its perils. Not only is Lily to be married, but she is also bound by convention in a way that Joan refuses to be. For Lily, not only are there the expectations of family to consider but also appearances and the consequences of two women in love attempting to live openly in New York City’s high-society of the 1940’s. Given the chasm between Lily’s sense of propriety and Joan’s principles, resolution can only be found within the deep recesses of the heart and a commitment to living with authenticity.

The intricacy with which Marina pens the evolution of Joan and Lily’s love affair is most profoundly witnessed as Joan processes each glance, word and caress exchanged between them, encountering a plethora of feelings she knows not how to name. I couldn’t help but to vicariously experience the breathlessness of their first kiss or the all-consuming mingling of fear and desire which accompanied their first intimate encounter; and, as the story continued to unfold, I found myself increasingly invested, for just when I settled into an idea of what was to come, I found myself swept into another unforeseen and unforgettable moment in time.

The plot itself drives an understanding of Lily’s plight; yet, it is Joan who shows herself as the true heroine of this tale, for her honesty and courage prove beyond what one would expect from a young woman who finds herself utterly smitten, navigating the most tender emotions in a world that has yet to recognize the travesty of societal pressure to live one’s life contrary to one’s truth.

Although the story of Joan and Lily’s exquisite connection could easily fill the pages of a full-length novel, there is something so very perfect in the telling just as it is. After all, at its core, it’s the precious history shared across an ornately decorated table within the Imperial Hotel that underscores the most profound moments of these two women’s lives.