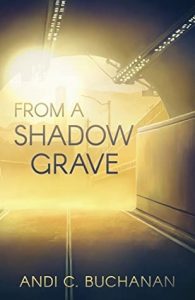 The Labyrinth’s Archivist, the first in the Broken Cities series, follows Azulea, the daughter of the Head Archivist and granddaughter of the former Head Archivist. The Labyrinth contains winding paths and hallways with gates to other worlds, and the Residence, where the Archive is housed, is a safe way station for passing travelers and traders. But when Azulea’s Amma dies unexpectedly, she suspects foul play. It’s up to Azulea and her friends to solve the murder mystery before more Archivists are lost to the killer.

Al-Mohamed creates a rich and diverse world with her multi-species cast of characters and delightful sci-fi setting. It’s never stated whether or not this world is set on the Earth as we know it, but enough clues make it sound like it’s off planet. The bustling marketplace life with its many beings from different planets and worlds will make the story strongly resonate with fans of the Star Wars franchise.

Though that is the case, it is clear that Middle Eastern culture heavily influences the makeup of this world. The marketplace, where a majority of the story takes place, is referred to as the souq, giving readers just enough detail to know this world is inspired by an Arabic or Middle Eastern society and culture. Details abound about the food people eat, like aish, and the use of spices like cumin and cardamom, common in South Asian and Arabic cuisine, indicate these cultures as the foundation for the Residence’s world.

My favorite aspect of the whole story is Azulea’s character. She is a queer woman of color with a disability; she is blind. In the Archivist tradition, individuals should be self-sufficient and able to complete the tasks the job entails without assistance. Azulea challenges those traditions though by enlisting the help of her best friend and cousin, Peny, who is coded as having a learning disability. Together, they can be Archivists. While Azulea is the mind that processes and analyzes information quickly, Peny is the eyes that can see and draw the maps Azulea describes.

The Archivist society’s views of people with disabilities can be interpreted as a commentary on how our own real-world society treats the differently-abled. Azulea proves that, given the proper tools and resources to even the playing field, she is just as capable of getting the job done as an able-bodied person.

But Azulea isn’t the only one proving this. Peny also defies expectations by supplying the main character with the skills she lacks, as well as by learning the trade despite her learning disabilities. Another character named Handsome Dan is portrayed as an amputee with a symbiotic tentacle as his “prosthetic” leg. The novella is rife with people with disabilities, and they are all full, complex characters, capable, competent, intelligent, and independent spirits. The fact that they need assistance doesn’t make them any less so.

Azulea’s mother is stubborn and rooted in the old ways, but her Amma always believed she could follow in their footsteps. That’s why when her grandmother dies under suspicious circumstances, Azulea charges forward with the task of finding her killer, despite the doubts coming from her community and even her own mother. It’s this persistence to succeed in a world that favors the able-bodied that makes Azulea such a great character to root for.

The queer romance did not dominate the story, but it added another element to the sci-fi murder mystery arc. Azulea and Melehti have a history, and as events unfold, that chemistry returns and can’t be ignored. It’s stated that their relationship didn’t work out because Azulea felt that accepting Melehti’s help made her dependent, and as a blind woman, she didn’t want to lean on anyone’s help for too long.

This aspect of the story brings another layer to Azulea’s characterization, as it shows that even she suffers from her society’s mentality of disabilities. In a world that deems the disabled as incapable, Azulea has put herself through so many hoops to prove she isn’t, often to her detriment.

Overall, the biggest weakness of the novella is just that: it’s a novella. There were so many places that felt like they needed a deeper dive and more room to breathe, which could have been accomplished if the story had been written as a full-length novel.

Even the Labyrinth that’s in the title barely gets explored throughout the story. It never details where the Labyrinth came from, how a city came to be built around it, and the role it plays in their world. Much time is spent on its Archivists and how they interact with it, but apart from the Residence, not much is known about the Labyrinth itself, which makes the story feel like it’s missing something, considering the novella’s title.

That being said, it is still an excellent read and highly recommended. I know I want to read the rest of the series.