Oaktown Girls by Suzanne Falter is a four volume romance series following several lesbians and one non-binary character in Oakland as they explore and deepen their relationships. While the first volume focuses mainly on Kate and Lizzy, there are more point of view characters added as the series progresses, eventually having 8 main point of view characters. 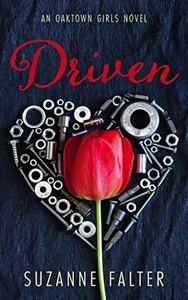 One of the strengths of Oaktown Girls is this sense of a strong lesbian community. Lizzy and Temika run a garage together, and it becomes a hub. All the main characters are connected in some way, and you get the sense of them forming an always-expanding family. They are different ages and at different points in their relationships, which makes the community feel vibrant. Even the peripheral characters–customers, employers, the villain of the series–are lesbians. I also appreciated that Temika, Delilah, and Lizzy are middle-aged: a demographic that doesn’t always get represented in romance novels.

The characters are all multi-faceted and flawed, which can sometimes prove frustrating: I lost sympathy for Kate in the first book, while Lizzy’s attitude in the second volume rubbed me the wrong way. As I continued reading, though, I realized that this wasn’t a matter of them not being written well, but that the characters themselves made bad decisions: they weren’t always the people I wanted them to be. And I respect that, especially when each character’s flaws and strengths are completely different from each other. 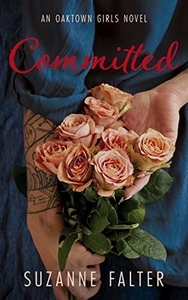 One ongoing theme in this series had to do with self-help and spirituality. It began with statements like “This is the thing about the human race, Lizzy. We always get what we need in this life.” and “If it truly meant to be, it would simply happen. That’s just how the Universe worked.” I’ll be honest, this isn’t a philosophy that appeals to me. I’m also surprised to have that sentiment co-existing with some of the truly horrific things that happen over the course of the series (check out the trigger warnings section for details). Once I finished the first volume, I saw in the author’s biography that she has published self-help books, which explains the tone.

From the second book onward, the series becomes more spiritual, not just general self-help sentiments. Sally is introduced, who is a psychic character whose visions are confirmed by the text. She speaks to angels and believes in goddesses. By the end of the series, it seems like everyone believes in goddesses, hears voices occasionally, and are constantly getting sudden epiphanies about what they must do right now–which can seem very convenient to the plot. 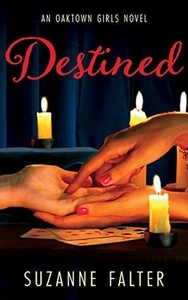 Overall, although the spiritual aspect wasn’t something I connect with, I really enjoyed this series. It’s fun and surprising. The first book is about two rival lesbian garages, including a cartoonishly evil villain, with a romance blossoming across these rival camps. Who can resist that? A psychic character was definitely a curveball, but so was the corporate espionage subplot in the third book. I never knew what would happen next. Sometimes it’s about a developing romance, sometimes it’s about the threat of deportation and having to live in a sanctuary church and the isolation that causes. The last book really wrapped up the series, giving each relationship a relevant milestone, and I appreciated the family that had formed between them.

Unfortunately, I did have some issues with the series, including some things I think are worth having content warnings for. Firstly, although it was fun to have a villain to rail against in the first book, Mindy’s rage and single-mindedness is ascribed to her brain injury, which I didn’t feel great about. We did have a few chapters from her perspective, and because she really seems to be driven entirely by spite, with no positive qualities, it wasn’t particularly compelling to read from her perspective. 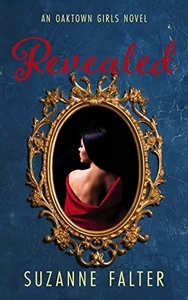 Later in the series, we get the point of view of a non-binary character. I appreciate this addition, and I believe this was done with the best of intentions, but the representation here fell short. Monroe’s gender identity is sometimes fetishized: “Monroe’s wan countenance was maddeningly, alluringly non-gender-specific” and “Non-binary. Not choosing male or female. Monroe was somewhere deliciously in between. Instantly, Rosalind began to blush crimson with the alarming realization that she’d been instantly aroused.” Awkwardly, Monroe is also referred to in-text and by characters as “a ‘they'” constantly. As in: “she’s not a she— she’s a ‘they’” and “She’d never even considered being with a non-binary person. A ‘they.’” Similarly: “Can I really bring home a non-binary?”

Monroe is also constantly misgendered by people, and their gender is often discussed as being somewhat tragic: doomed to always be misgendered, and as undesirable. The text establishes that Monroe is being read as a woman by seemingly everyone around them. It also includes their birth name. Their mother is determined to misgender them, saying “You were born a girl, and you’ll always be a girl, Sarah. As if I should have to remind you.” As I mentioned, I really believe that this was meant to be a positive depiction, but it missteps frequently, including lines like: “Just like Cher refused to call Chastity Chaz back in the day.” At a different point, a sex worker is referred to as a “transvestite.” I’m disappointed, because I think Monroe could have been a really great addition to this story, with a little reworking. I think it would have helped if there were any other trans characters, even minor characters, so that Monroe wouldn’t have to be the only representation of trans or non-binary people.

Oaktown Girls is a series that never failed to surprise me. I became emotionally invested in the growing cast of characters, and I appreciated seeing them become a chosen family. Like the characters it portrays, this series is flawed, but it is also compelling and enjoyable. Just be prepared to roll with the punches, because you never know where it will go next.