I think everyone can agree that even as an increasing number of books are published about queer women, and written by queer women, we can always use more. In addition to being a writer and avid reader, I’m also a huge fan of movies and TV—the different media highlights different things about characters and world, and I love consuming both. Recently, I’ve been a writer for Tremontaine, a serial story from Serial Box Publishing based on Ellen Kushner’s very queer Riverside series. Because we work and publish on a TV model with a writers’ room, with show runners and a schedule where new episodes go live once a week, I’ve been thinking a lot more about the intersections of story-telling between novels and TV in particular.

As we’ve seen with properties like the Lord of the Rings movies and A Game of Thrones, when big fantasy projects are made into amazing movies and shows people start to pay attention to the genre and even more books are bought and sold. Of course, those two examples have T-E-R-R-I-B-L-E queer representation. My optimistic side thinks that one or two hugely successful movies or shows with queer ladies at the helm, telling queer stories, would go a long way to normalizing such things.

With that in mind, here are five queer books I’d LOVE to see made into movies or TV shows. All of them have queer ladies as main characters or the world itself is queered, and most are by queer authors. (And they’re all fantastic books—you should go right out and read all of them.) 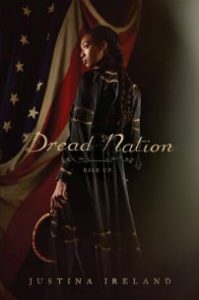 This book is amazing—it takes place in an alternate USA about seventeen years after the Civil War was disrupted by the dead rising from their graves! Jane, our bisexual heroine, is being trained at Miss Preston’s School of Combat for Negro Girls to learn to kill the undead and serve as an Attendant to some rich white family. The story travels from war-and-zombie-ravaged east coast out west, and Jane is always getting into trouble. In a world like this, zombies are sometimes the least of her concerns. The scope of the story, the wild west horror, and Jane’s entertaining style would make this a fantastic movie. 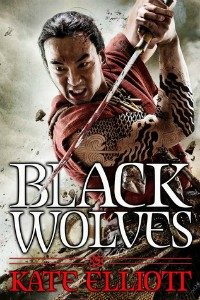 I’ve long wanted one—any!—of Kate Elliott’s series to be made into a sweeping TV series. She is one of the best epic fantasy writers alive, and they all include queer people to various degrees. Her worlds are intricate, her characters and their conflicts layered and intriguing. Black Wolves has everything Game of Thrones has, but better, including a bisexual protagonist. In fact, if HBO wanted to start with the Crossroads trilogy to which this is a companion series, they’d have years of quality programming with 100% less rape, racism, and homophobia. 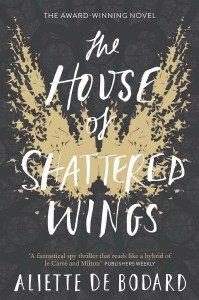 The House of Shattered Wings by Aliette de Bodard

The imagery of this book (and its sequel) is so haunting I was already imagining it as a movie the first time I read it. It takes place in a Paris that never was, where fallen angels struggle against each other for power. The dark nostalgia and intense atmosphere of post-war love, suffering, and community-building would make this a fascinating movie that I think would really linger in viewers’ minds. 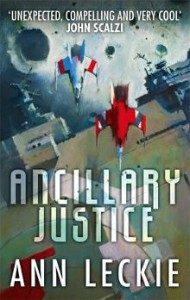 This hard-core space opera is one of my favorite queer reads, because the queerness—while also present in every layer of culture and world—is inherently a part of the language with which Leckie tells the story. Every character is linguistically gendered female, regardless of how they’re coded in other ways (which run the gamut of gender, not just male/female), which is both a fascinating experiment as well as indicative of the colonial themes in the novel. It would be very difficult to capture in film or television for the reasons I mentioned above: they’re such different media from books. But I’d love to see an ambitious filmmaker try it. And the story itself is thrilling enough to pull viewers along with the experiment. 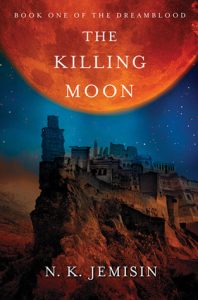 The Killing Moon by N.K. Jemisin
While all Jemisin’s book stick with me because of their incredible characters, worlds, and intense emotional arcs, this first book in her Dreamblood Duology is the one that reads most cinematically to me. Not only is it a murder mystery and thriller, but the characters are so tightly written, and the setting is absolutely alive. It takes place entirely within the city-state of Gujaareh, and these neighborhoods are drawn so vividly, their political flavors so clear, that I felt like I’d visited it myself. There is queer love at the heart of it, and aside from being well written, the main characters are just so cool. It is easy to image them rushing along the shadowy rooftops, like the silent assassins they are. (Jemisin’s The Broken Earth trilogy HAS been optioned for TV, which is super exciting). 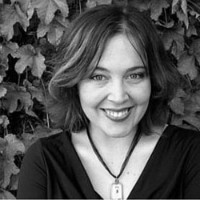 Tessa Gratton is the author of the Blood Journals Series and Gods of New Asgard Series, co-author of YA writing books The Curiosities and The Anatomy of Curiosity, as well as dozens of short stories available in anthologies and on merryfates.com. Though she’s lived all over the world, she’s finally returned to her prairie roots in Kansas with her wife. Her current projects include Tremontaine at Serial Box Publishing, her 2018 YA fantasy Strange Grace from McElderry, and her adult fantasy debut, The Queens of Innis Lear, coming in 2018 from Tor. She is the associate director of Madcap Retreats. Visit her at tessagratton.com 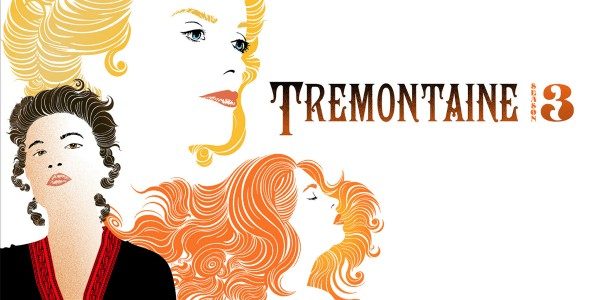 Tremontaine season 3 is out now from Serial Box.