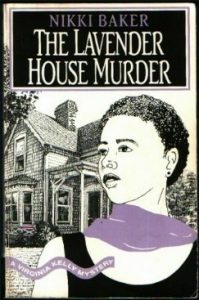 The second installment of the Virginia Kelly mystery series finds Ginny and her friend Naomi vacationing in Provincetown. Both are having girlfriend problems and simply need a break from their daily grind. But soon after they arrive, a famous lesbian journalist is killed in an alley. Seems that the woman was a gay rights advocate who believed that outing other LGBT folk—especially white-collar ones—was for their own good and the good of the cause. Now who would want to murder her? Well, the list is a long one.

The list should also be long for people who should read this book. Like In the Game, it has adventure, romance, and some of the best internal dialogue anywhere. Virginia Kelly, financial analyst by day and cruising lesbian by night, waxes poetic about her failing relationship with her lover Em. “There seems to be an irresistible force that causes all my relationships to self-destruct after a prescribed number of years. A kind of siren song that makes me want to hurl myself over the precipice into infidelities and deceit. And “What I wanted was a woman as flexible as builder’s putty to fill in the empty spaces in my life. I wanted a woman as large as a circus tent to wrap around me and keep me safe . . . to make a home for me in the ugly world. ” I can go on and on about Baker’s writing skills. Here’s a description of one of the suspects: “Her face had taken too much sun on its way to middle age, and her eye makeup was pastel blue. It was a school of beauty that had lost out in recent years to realism.” Ginny is sardonic, almost jaded—interesting but odd traits for a woman under 30. Through her introspection, The Lavender House Murders becomes not so much a question of finding a murderer, but of finding out about the world and solving questions in her own life.

While staying within Ginny’s point of view, the first half of the novel flashes back and forth between her and Naomi’s arrival in Provincetown, and Ginny’s discovery of the body a day or so later. It is tricky writing, but she pulls it off grandly. Baker’s cast of characters—all lesbians except for the obligatory gruff police officers—are varied and well-drawn, although a little clichéd at times. Ginny and Naomi are unique and thoroughly engaging, as is the lifestyle the author pictures with fine detail.

A similar book—one about a lesbian Bed & Breakfast in a coastal vacation spot—Death at Lavender Bay, was probably influenced by The Lavender House Murder. Even the titles are similar. This one is way better. In fact, this book was better than the excellent first novel in the series. Stay tuned for my review of the third next month at this time.