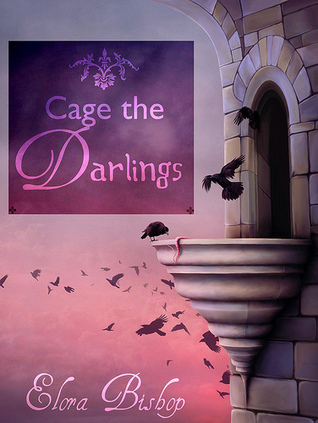 I love fairytales, especially those with a queer twist so I had to pick this book up! The story is about Envy, a thief working as a servant for a scheme she came up with and Merle, the blackbird princess who visits Envy once she gets locked up in Bran Tower. It is a romantic story but with a lot of personal changes and adventures. It is 104 pages in which Bishop weaves mysteries and magic.

The blurb of the book, which I did not read before reading the book, gives most of the story away. However, there are still a lot of elements and story building to be discovered.

In the beginning as we see the story from Envy’s point of view, you really get the impression that it is told from a classic, boastful and slightly evil voice. It is quite fun. Envy and Belinda both come from a family of thieves who grew up in Vice Quarters and both have good instincts which are useful for their adventures.

Envy starts out with having really good luck, in fact, she brags about it to her ever loyal friend Belinda who followed her in the castle working as a servant. As the story unfolds however, her fortunes change. We get the impression as she later realized that her bad fortune was her greatest fortune after all. Envy’s greatest fault is probably pride since she is always trying to prove herself, which lends her in some trouble towards the middle of the story where she gets banished to Bran Tower. In the time at the tower, it feels both like time is moving fast thanks to the jump cuts and inactivity but it also feels lethargic.

Interestingly I found the theme of freedom vs. time in a moment in the tower very realistic. Sometimes we are willing to do nearly everything to have a moment of ‘total freedom’ but when we are presented with the opportunity, it almost feels like we are not ready, that we want more time with non-freedom.

Bishop has this intricate way of weaving things in threes either through ideas, mentioning of the number three or thrice or by repeating conjunctions three times. Three here is really a magic number; after all, Envy found love in the third woman that we see her get close to, although it is much gentler and with more feelings than the previous two. Bishop also has a way with adjectives; she uses the seemingly perfect words to describe things.

There are short stories within the main story; stories of childhood and past and fairytales which Envy had heard or read. No story however, is said without purpose.

Envy changes as the story moves forward. She faces regrets, guilt and insecurity, she misses her friends and she falls in love. The romance is quite sweet and although there are some trust issues, both Merle and Envy eventually work through that.

There were sweet characters who we and the protagonist thought would be evil, there were funny characters, average characters and evil characters.

Overall, I found this fairytale quite interesting, however, I think I would enjoy some other writings by Elora Bishop more. Although a towards the end there was a twist, most of the things were predictable but it still is a sweet and light read.