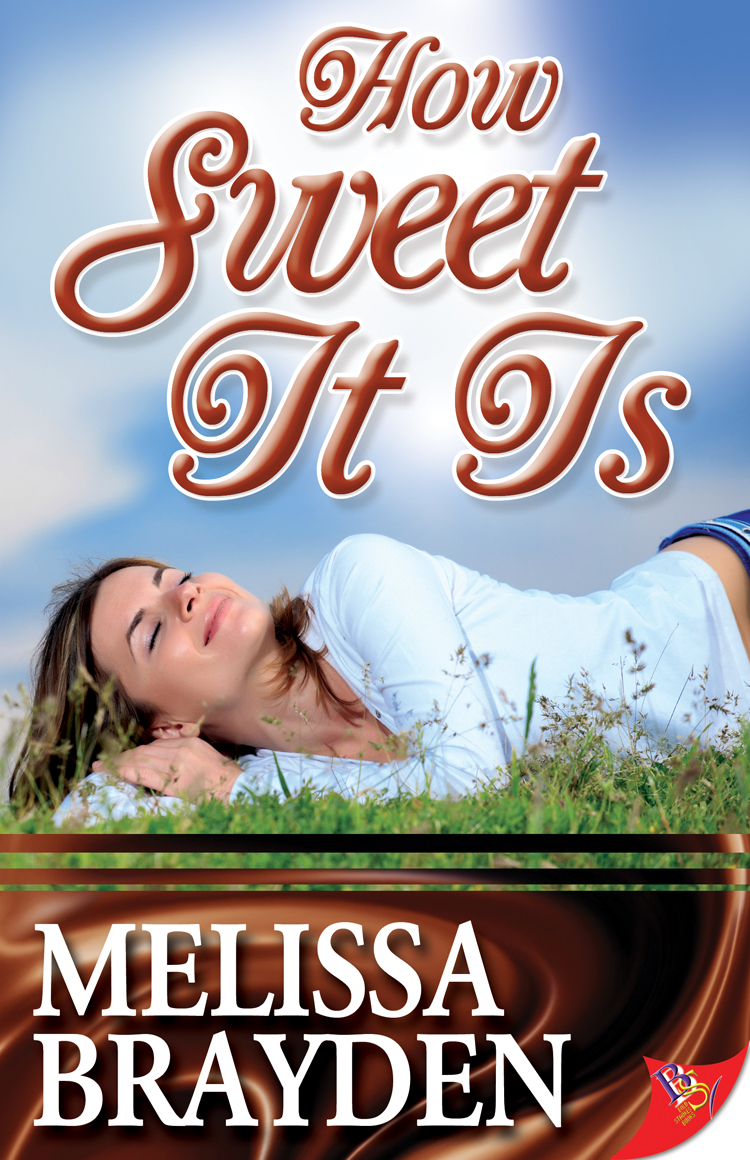 Molly O’Brien runs a bakeshop, Flour Child, in her impossibly charming hometown of Applewood. She’s never left Applewood, and why would she? Applewood is the sort of small town that exists in fiction, a real community where people all know and care about each other, where nothing terrible really ever happens. Plus, it’s only several hours’ drive from Chicago, conveniently close other adorable towns with delightful little restaurants, and you can get to a twenty-four Walmart in less than twenty minutes. Molly has spent her adult life with her high school sweetheart, Cassie Tuscana, whose parents are both local doctors. As young women, Molly took over her father’s bakeshop, Cassie went to work in administration in her parents’ medical practice, and the couple bought a darling old house and planned to live happily ever after. Then Cassie was killed in a plane crash.

The book opens four years after Cassie’s death, with Molly still running the bakeshop, still living in the darling house (that needs repair), and definitely not moving on romantically. Her in-laws, the Tuscanas, remain an important part of her life. When Cassie’s younger sister Jordan, a hotshot L.A. film producer, returns to Applewood for the first time since Cassie’s death, it makes sense that Jordan and Molly would reconnect. After all, they’ve known each other since Molly was a teenager and Jordan was a tween. But Molly’s surprised when spending time with Jordan awakens feelings she thought died with her late partner. Molly dips her toes into the world of dating again by being set up by friends, yet can’t stop feeling a spark with Jordan. Jordan feels it too, but neither woman is sure how to navigate this very unexpected mutual attraction.

How Sweet It Is is a pretty fluffy romance, despite the grief that everyone feels for Cassie. Each character has their own relationship with Cassie, and I liked that their feelings about her were not easily pushed aside. She was Molly’s only romantic relationship. It’s understandable why Molly is hesitant to start dating for the first time as an adult, particularly as she worries that doing so might upset her close relationship with her in-laws. Jordan loved and admired her sister, even though she spent most of her life in Cassie’s shadow–even Jordan coming out was brushed off by people as “Jordan trying to be like Cassie.”  While the grief about Cassie was still present for the characters, it in no way overwhelmed the sweetness of the romance or the cuteness of the town. At first I wasn’t sure about the whole falling-for-your-late-partner’s-sister thing, but it was done very respectfully and organically. Setting the story a few years after Cassie’s death helped with this, I think.

The other thing that helped was Brayden’s writing. The characters talked and bantered in a way that was genuinely fun to read. Even some of the things in this book that I initially side-eyed ended up working pretty nicely. For example, I found Molly’s business model unworkable. Her bakeshop has three employees besides Molly–one just doing deliveries–but no money to buy an espresso machine and therefore retain customers who wanted a latte with their cinnamon roll. Pretty early in the book, it’s revealed that Flour Child is actually in a terrible position financially and is on the verge of closing. Molly doesn’t tell her employees (or, it’s implied, consider laying any of them off) because Molly’s nice and wants to make people happy. She also runs away from conflict, which is shown as a part of Molly’s character consistently in many aspects of her life. It was well-done and the secondary plot of Molly trying to figure out how to save her bakeshop ended up being emotionally engaging and one of the best parts of the book.

Unfortunately, Jordan wasn’t a well-developed a character as Molly. She was still a complete character, but she wasn’t as rounded out. We’re told she’s stunning and her looks and clothes are described pretty frequently, but I wanted to know more about Jordan’s inner world than her outer appearance. Her career as a producer didn’t get as much attention as Molly’s profession, even though it could be incredibly interesting. I once dated somebody whose parents were television producers and it’s a weird job! I got an iPod from Drew Carey because of it, and heard occasional celebrity gossip, and that was just television production. Film production could add so much flavor. The demands of Molly’s career as a baker and owner of a small business are so different from the demands of Jordan’s career. What would Jordan’s late and irregular hours mean for Molly, who has to get up early? Jordan’s job either forces her to be away on location regularly or to be where there’s a market for film producers, which is probably not small town Illinois where Molly’s tied to a business. This could have been a rich source of tension, but Jordan’s non-Applewood past and her career seemed like an afterthought. Jordan returned to Applewood in part because she’d just lost her job because she was being sexually harassed, something that’s mentioned early and then never brought up again or resolved. Jordan also comes home to start a production company with a L.A. friend willing to relocate, with a business model I found even more unlikely than Molly’s, but doesn’t seem to encounter any difficulty at all. Early on, it’s implied that Jordan has never wanted to settle down and maybe had a lot of flings with women in the past, but this isn’t explored much either.

However, Jordan is much more a real person than many lesbian romance leads. She has quirks and charm, and so does Molly. Applewood is pleasantly free of homophobia, both the main characters are out, and the impediments to the romance make sense without being out of insurmountable. Those things alone make it worth the read for lesbian romance fans. I’m going to check out some of Brayden’s other books. Her writing is fun, which is something I always want more of when I’m reading romance.