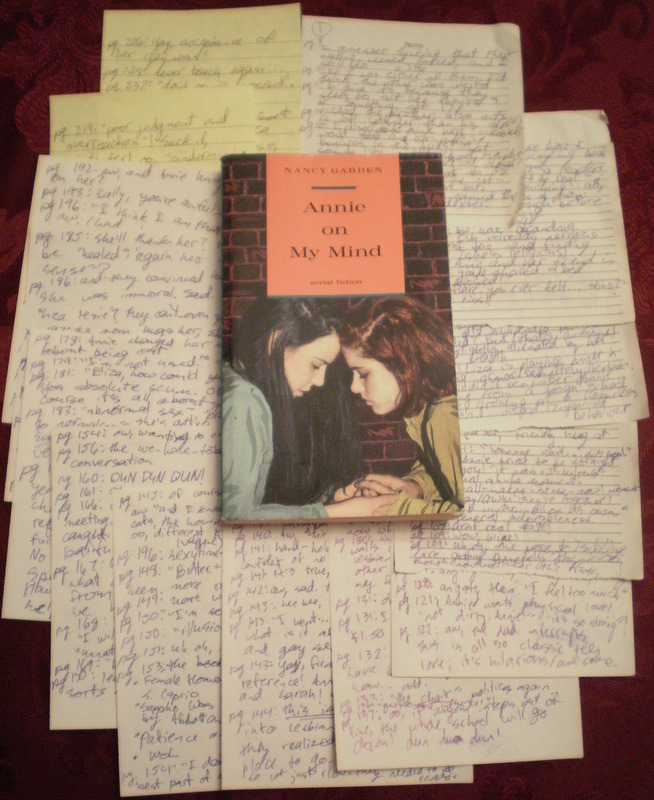 I’ll try not to repeat myself too much, but look at the diligent notes I took! I had to do them justice! But I don’t think I have enough to do  coherent review that wasn’t already covered in the discussion Anna and I had. So instead, I’ll just post the thoughts I didn’t already express. These random snippets will be full of spoilers, so I’m not going to bother making you highlight for them. Consider yourself warned.

Have you read Annie On My Mind? What did you think of it?

3 Replies to “Annie On My Mind by Nancy Garden”