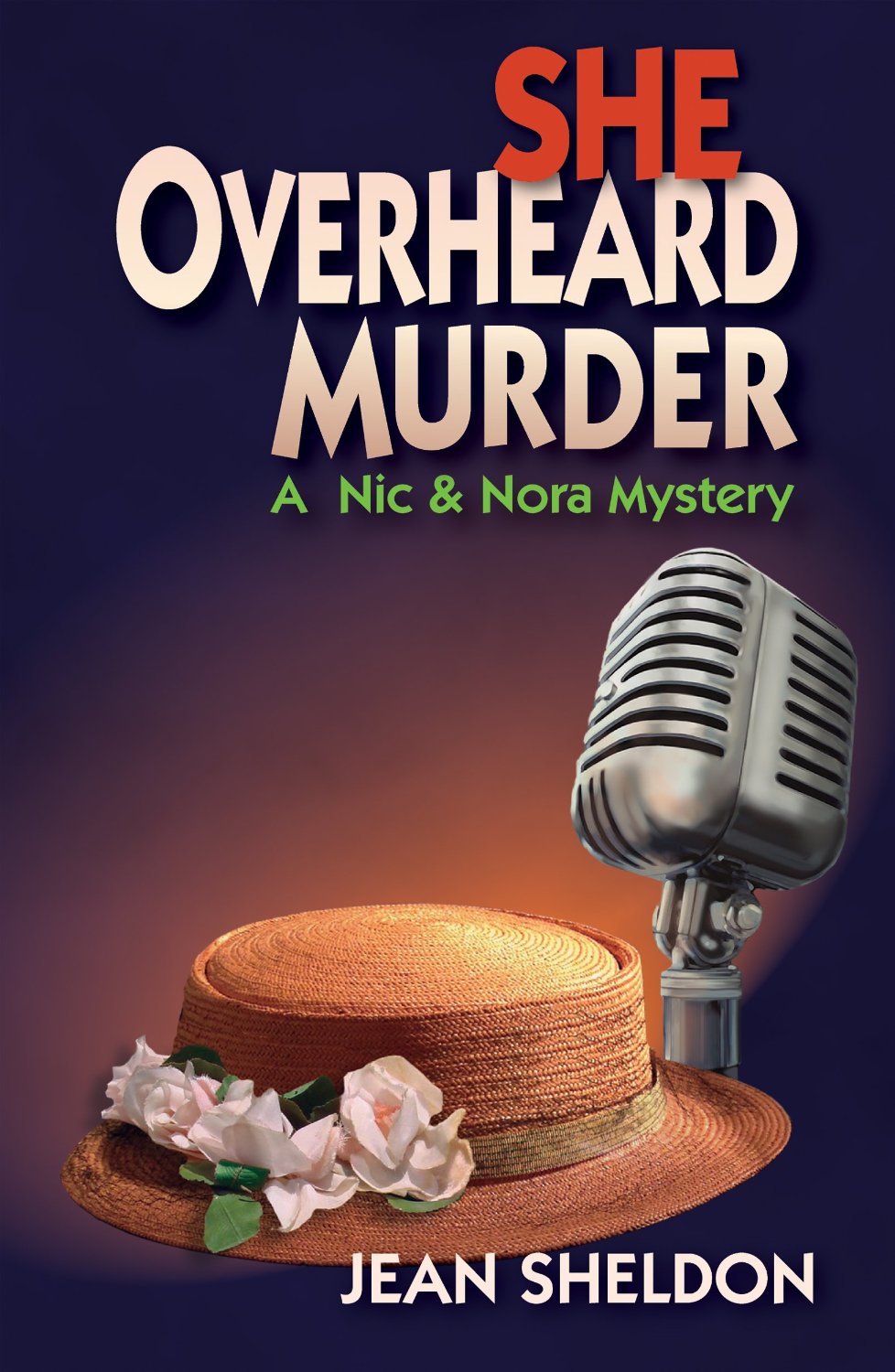 I never thought to wonder why, but Chicago is the best place for a mystery, and that’s a fact.

Lately I have been craving a mystery to read, so I decided to check out She Overheard Murder, by Jean Sheldon. This LAMBDA-nominated story is set in Chicago after the end of WWII and is the first in the new Nic & Nora series of mystery novels. The heroine of the story has just found a job voicing a female private eye for a radio program. A dark cloud hangs over her new job, however, for the voice actress she replaced in the cast has been murdered. When police suspicion falls on her, she is motivated to find out who the real killer is.

When I started reading, I thought the length of the book, at just over 450 pages, was daunting. However I was pleased to discover that the pacing was so good that I was able to breeze through the book in a matter of a couple days. The writing style is fresh and uncomplicated, making the focus fall on the characters. Our heroine Nic Owen investigates alongside Nora, who was the girlfriend of the deceased actress and the police’s number-one suspect. Nic is convinced that Nora did not kill her partner, and Nora is equally certain Nic did not murder her to further her career, so the two band together to prove the police wrong about both of them. Joining and practically heading up the amateur sleuthing is Nic’s Aunt Anna, a middle-aged woman who voraciously reads mystery novels and idolizes Agatha Christie’s Miss Marple.

The setting of a radio station is interesting and evocative of the past, and I wish the author had gone into some more detail to get a real noir atmosphere. I suppose, however, considering the many problematic practices and mindsets of the 1940s, I shouldn’t complain that the narrative’s perspective seemed somewhat modernized. Even so, it felt as though the setting of big, bold, dark, magical, mysterious Chicago was under-utilized in the overall story. Chicago should feel larger than life but it came off as diminished, just a place to have the characters live, rather than a living, breathing, aesthetic influence in and of itself.

The plot is simple and direct. Unlike some mystery novels there was no mind-blowing twist ending. It is in the style of the classic whodunnit where the clues are all there for the reader to solve the mystery alongside the detective characters.

Overall the charm of this book lies in the characters themselves, and their growth as people. Each of the characters is recovering in their own way from the war. In addition, Nora has to deal with her lovers’ death and the danger she is in during the investigation. Nic is acclimating to her new job and new thoughts and feelings she learns from her new co-workers and friends. Aunt Anna shares some of her past, things she has never told her niece until now, and is given an opportunity to pass on some wisdom she had learned from difficult times she went through. The entire main cast of characters are lovely women and their adventures are enjoyable.

One Reply to “Abigail reviews She Overheard Murder by Jean Sheldon”