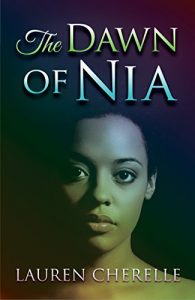 Nia’s life and self have been shaped by her friendship with her mentor Pat and is grief stricken when she dies. At the funeral, she meets a mysterious woman who turns out to be none other than Pat’s estranged daughter, Deidra. Nia is left feeling confused and betrayed–why did Pat keep this secret from her, when Nia had shared everything? Her life and feelings about Pat are further complicated when she enters a relationship with Deidra. Can they weather this storm of complicated feelings surrounding a woman who was so complicated herself, and let go of past trauma?

Both Nia and Deidra are characters who have been through a lot of trauma and a lot of demons in their pasts. It was interesting to see how they deal with the challenges and obstacles that rose from this baggage. Both of them make good and bad decisions, which helped make the story and their characters more realistic and believable. Sometimes the best people make the worst decisions, and they have to deal with the consequences of that.

You didn’t get to meet Pat, Nia’s dead mentor who was so very close to her, and Deidra’s dead mother, who she was so very distant from. But you get an intimate picture of her character from both women’s perspectives and through them see what a complex person she was. Sometimes people are bad parents, but very good in other roles of life, and you get to see how Deidra and Nia both have to grapple with how each other see someone who has had such a tremendous impact on both their lives.

In L. Cherelle’s Goodreads author page, she describes this book as being about “transformative love”, which is the best way to put it (she would know, being the author). A lot of romance stories focus on the lead up, the rising tension, the hot scenes, and the will-they won’t-they. And there is a lot of that here (with some wonderfully hot scenes), but it doesn’t detract from that transformative love theme. You don’t just get to see two characters grow and develop in separate narratives. Nia and Deidra’s character arcs are tightly wound together.

Another thing I loved about this book was how realistic all the characters were, not just Nia and Deidra. There’s a large ensemble cast of characters and they each get a moment to shine and show their true colors–for better or worse. A lot of the dialogue felt very real and lifelike, as if I was a fly on the wall in the characters’ homes.

Adding more to the realistic theme of the book is how it ends. I won’t give anything away, but the way different story threads are wrapped up felt true to life while still being a satisfactory fiction element. Chapters of your life don’t always end with a bang, but sometimes with just a whisper. You don’t always get a big scene of drama: sometimes you just have a conversation in your living room and leave it at that. Having said that, this book does have some great scenes of big drama, and where it does, it always feels like it fits the characters involved and the tension that has led to that moment.

Overall, this was both an incredibly fun and fulfilling read that I highly recommend.