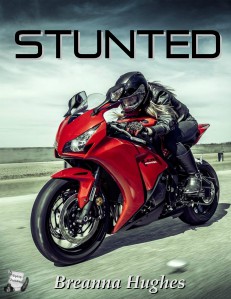 Jessie takes her job as a stuntwoman very seriously and will allow for nothing to distract, not even the stunningly magnetic Elliot Chase. But as the two are forced to work closely together on a new film, Jessie finds it’s impossible to resist. Elliot has always avoided relationships, but Jessie makes her reconsider everything she once believed. But not everything can go as planned. They are secretly recorded, and a tape of them have sex is publicly broadcasted, pushing them and their new relationship to the limit.

This was a really fun read! Jessie and Elliot were easy to become invested in and their romance was very believable. There were many places were I couldn’t put this one down. Their relationship also felt more realistic and believable, especially with how they dealt with problems. My favorite part was that they were always communicating with each other, so there wasn’t the usual detour down Big Misunderstanding Lane. This left space for problems I could easily understand and more easily become invested in.

I also fell in love with the side characters and their own minor story arcs.

The one main problem I had with this book was telling instead of showing. Especially in the beginning, a lot of relationships and characters’ personalities were told to the reader instead of showing them and letting the reader figure it out for themselves. However, once the story got moving, that died away. It did come back a little bit at the end, but at that point I didn’t mind it so much, because I was enjoying the story.

The social media seemed a bit outdated. Elliot has a personal Facebook page that the public finds, and she becomes frustrated with people trying to friend her on it. I don’t think I’ve ever heard of celebrities being known for having Facebook. If they do have a Facebook page,I would have assumed they just used a fake name or used all the privacy settings, so no one could find them. Elliot also had a private Instagram she didn’t want people trying to connect with her on, which I found weird, considering she’s supposed to be a big-time actress.

I also found it weird that there wasn’t a mention of outcry from feminists or the LGBT community when the sex tape is released. At that time Jessie and Elliot are avoiding the internet, so it’s possible it happened and they didn’t see it, but since the publicity of it all was brought it up, it just seemed natural that the other side of that would be mentioned too.

Those are all really minor nitpicks and don’t affect the overall story, which was great. I would definitely recommend this to anybody who enjoys Hollywood romances.