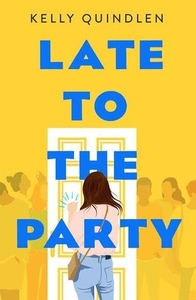 Codi is in a rut. She has two best friends, Maritza and JaKory, and they’ve been doing the same things since they became friends in the 6th grade. Now she’s 17, and she’s sick of sitting in the basement and watching movies. All three of them are determined to make a change this summer, and maybe get their first kisses (Codi is a lesbian, Martiza is bi, and JaKory is gay). The only problem is that Maritza and JaKory seem to still see the shy, homebody Codi that she was as a kid, and don’t seem to believe that she can be anyone different. When Maritza calls Codi, drunk, and begs her to pick her up from a party, Codi reluctantly agrees. She doesn’t expect to run into one of the “cool kids” kissing another guy in the shadows outside. Ricky asks Codi to not tell anyone about the kiss, and she is drawn into his friend group–including Lydia, who she immediately crushes on. Now Codi is having a whole different summer, with partying, drinking, and skinny-dipping–and not telling her best friends anything about it.

I had a bit of a conflicted relationship with this book. I love that it’s a queer YA book about friendship, including having a bunch of different queer friends. I don’t think we see enough stories where queer people are friends and not just love interests. Codi’s attitude is completely understandable: she feels trapped by her best friends’ expectations of her, so she breaks out of them and doesn’t let them in. At the same time, though, Maritza and JaKory both encourage her to break out of her rut and she refuses, but then she gets angry at them for thinking that she’s in a rut.

She also judges herself for not partying, being a “real” teenager. Maybe me being a 30 year old teacher hurt my enjoyment of this book, but I was frustrated by the idea that the only right way to be a teenager is to act out a teen movie. Maybe I’m defensive because I’ve never been a drinking or partying type. This isn’t a flaw in the writing: it is acknowledged later in the book that there is no one right way to be a teenager, and that you shouldn’t feel like you have to act out some image of being a teenager.

Mostly, I just found it painful to watch Codi make these long, drawn-out mistakes. Her motivation is understandable, and it’s believable, but watching her sabotage some of her most important and long-lasting relationships wasn’t fun, especially when they could be solved with a few conversations. Codi and her friends are all complex and flawed characters, which means that they do hurt each other and make mistakes. I just didn’t find it personally enjoyable to go through chapter after chapter of Codi lying (or lying by omission) to her best friends.

My favourite part was the romance. Codi and Lydia become closer as friends, and then we see that dance around each other of not knowing if the other is interested or even if they’re straight. It felt real to me, seeing the slow, nervous progression of their relationship, including misunderstandings. Codi’s flustered reactions are all-too-relatable. They also have sweet, meaningful conversations–just the kind of exchanges I’d expect from the beginnings of a flirtation between two teenage girls. Their romance was definitely what I enjoyed the most.

The ending felt a little neat to me, especially considering how messy and drawn-out the tensions were between so many characters. There’s a bit of a time jump to explain this, but even still, I would have liked to see this honest conversation earlier so that we had more time to deal with the fallout. I understand why lots of people enjoy this one: it’s a great friendship book, it has a sweet romance, and it looks at the expectations and social pressures of being a teenager. Unfortunately, that plot element of Codi continually choosing to mislead her best friends soured the reading experience for me.