Holt is a good writer, though; way better than the average, and 1222 is an exciting and suspenseful novel that fits squarely into the class of Scandinavian writers like Jo Nesbo, Stieg Larsson, and Hennng Mankell. I generally read the first book in a series first, but for some reason, 1222 was the only one that was affordable. This may have helped this review, because I suspect that the protagonist, Hanne Wilhelmsen, has changed greatly since her inception over twenty years previous. This Hanne has left her active years as a police detective behind and is now a wheelchair user due to a crippling injury she received on the job. This Hanne is someone who wants to be left alone with her disability and not have people staring at her or offering sympathy.

She is on a train trip to see a specialist in a northern city in Norway when her train derails during a fierce storm and all the passengers are forced to wait for help in a nearby hotel. Then the storm turns into an actual hurricane, threatening thee hotel itself. Then someone is killed. Although Hanne has no desire to participate in finding the killer, she seems to be the only one who can.

The mystery is actually set up as a veritable whodunit—with the reader getting clues at the same time Hanne gets them. And I suspect tat when she gets the final clue, the reader will guess the murderer at the same time Hanne does. This spoils nothing. The setting—a hundred-year-old resort hotel, the varied and well-drawn characters, and the dangerous story, would be worth reading about even if there were no mystery at all. The truth is, I felt like I had been put through a ringer—a very cold one—before I had even finished half of this entertaining novel.

Although Hanne identifies as a lesbian—and there is a wannabe lesbian teenage suspect—there is no sex in this book, nor is there any attempt to feature a gay lifestyle in any of the characters or even in Hanne’s inner thoughts. I suspect I will have to read some of the initial offerings in this series to learn more about this side of Hanne’s life.

Quibbles aside, I would give this book high marks (if I gave marks at all) and I am anxious to go through the rest of the books in this awesome series, several of which have yet to be translated into English. Holt is a superior writer and deserves to be on anyone’s Top-25 list of Lesbian Mystery writers. It is to be hoped that her publisher will in the future be aware that this genre is an important one and not try to fool potential readers into thinking that it is something else. 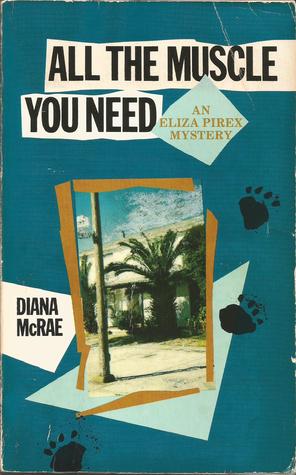 This, the only novel featuring Eliza Pirex, is surprisingly good. And for a surprising number of reasons. The writing is good, the mystery engaging, and the characters interesting. But that’s just for starters. The best part may be that it is the most realistic description of being a private investigator that I can remember. Eliza, who speaks to us in the first person present, tells us about the criteria for becoming a PI in California, explains how her office is run, and lets us in on not only the primary case, but all her other cases as well. It is, in fact, a book about being a private eye. And at around 130,000 words, it has the length to tell several stories at once and to do it well. Published in 1988, it is a part of the first wave of lesbian mysteries.

On the surface, the book is about one woman’s search for her college chum, who mysteriously disappeared six years before the book begins. But someone, it seems, doesn’t want Eliza to find her. Eliza’s other cases are just as interesting: moonlighting with a cleaning service at a local college to find the person who has been molesting women students, and investigating the acquaintances of another client, all of whom seem to take advantage of the gullible woman.

Eliza’s love life, too, is interesting and fairly unique. She lives with a woman named Honor Sutton, who is a commercial designer, and Honor’s two children, ages 7 and 12 from her previous marriage. Honor is cut from nifty cloth, not from the cardboard that seems to be the makeup of many of the love interests we read about. Her relationship with her odd family and her general daffiness give life to the book and even give reason not to dislike the odd book title, which is a phrase from Honor’s promo campaign for Eliza’s business.

Eliza is one of the only lesbian detectives I have read about to live with kids (Cherry Hartman’s Morgan McRain and Tonya Muir’s Lacey Montgomery are two others). Claire McNab’s Carol Ashton has a young son who visits her, but who lives with his dad. Eliza seems like a real mother to her adopted ones. Her feelings for them are sensitive and believable (while Ashton’s are often unrealistically gushy or mechanical rather than spontaneous) and her kids make up an important part of the interest of the book (while, again, Ashton’s son just seems to be there taking up space.)
Eliza, however, can’t seem to keep her hands off an old girlfriend, and when Honor finds out, there is hell to pay. As Eliza tells us,

“Women tend to be more monogamous than men. So in a relationship between two women, the odds that it is monogamous are good. I don’t know why I stray against the odds every so once in a while. Probably because I’m a detective and we detectives have a yen for romance and adventure . . . ”

Like most books, All the Muscle You Need has a few problems; one or two of the plot devices seem a little too hard to believe and Eliza Pirex is probably the worst-named character in lesbian fiction. On the whole, though, it works. A goodly number of stars for a early lesbian mystery that few people—even aficionados—have ever heard of.

For other reviews by Megan Casey, see her website at https://sites.google.com/site/theartofthelesbianmysterynovel/  or join her Goodreads Lesbian Mystery group at https://www.goodreads.com/group/show/116660-lesbian-mysteries