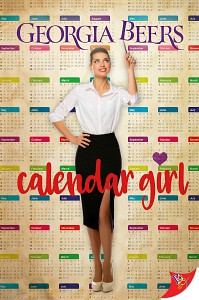 Addison is a complete workaholic, and in trying in earnest to prove to her mother she can take over the company, she ends up pushing herself into a stomach ulcer and being rushed to the hospital. Her mother forces her to hire a personal assistant to try to make work easier. Katie Cooper is rapidly loosing her father to dementia and is in need of money to help her mother with the bills. But Addison resents having to let Katie into her space and do her work. Meanwhile, Katie is determined to do her job and get past Addison’s cold, detached demeanor.

As someone who is a type A personality herself, as well as who is a little too familiar with Katie’s struggles with her ailing father, this book had a lot to relate to. The author clearly had done her research, and I greatly appreciated that. These parts of the book jumped off the page and really helped engage me.

I enjoyed how Addison was honestly portrayed in a way that made sense for how her employees didn’t like her, but at the same time we could understand where she was coming from. In the first chapter she has to fire two employees for acting inappropriately in the office. I could understand why they would be upset, but also understand why Addison had to do it. Sometimes when authors try to create “ice queen” characters, they either go too far to try to make them mean, or do too much to make them understandable. The author here does a great job of finding a balance.

Katie Cooper was relatable in terms of her struggles with her father, and trying to find a job that was in her major. She was very sweet and kind, but was also willing to confront Addison and call her out on her mistakes. I liked that she was able to take control of her narrative.

The kiss and sex scenes were very steamy and fun. However, the romance between the two could have been a bit more organic. There were some scenes where I was definitely rooting for them, but then some where I couldn’t find the same energy for the narrative.

However, my main problem was in how the conflict was resolved. Throughout the novel it felt like Addison’s mother was the antagonist to her goals. I didn’t feel like that conflict was satisfyingly dealt with. At the end I was left crying out, “But what about that? Aren’t we going to confront that person?” This also meant that Addison’s whole narrative felt unsatisfying. I like to feel triumphant at the end of a story through the character’s arcs. Addison does have character development, but she doesn’t seem to receive much reward for it.

Overall, this was a fun romance I would recommend to someone looking for a light and quick read.