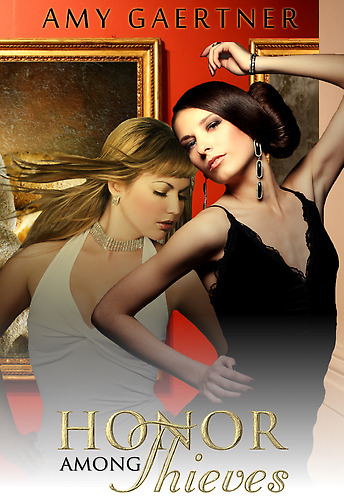 I went into this book pretty blind except for a brief blurb about the plot, describing it as a heist novel. From the blurb I had kind of high expectations, expecting something like a Bond-level plot and lofty, ultra-literary writing. When I opened the book and realized it was some 30 pages, I realized that probably wasn’t going to be the case and adjusted my expectations accordingly. I still wanted it to be good, of course, but I wasn’t expecting a serialized-length spy novel.
This is not a lesbian novel, just to clear that away; it’s a bisexual novel, which features both female-male explicit sex and female-female. One thing I found really refreshing in this novel is that there wasn’t any back-and-forth, there wasn’t any gay or straight panic. Never does the main narrating character question her sexuality or attraction; she has a somewhat confusing relationship with the main male character, but it isn’t based on her sexuality whatsoever. When she’s attracted to a woman, it’s easily accepted in the narration and by the other characters. So if you’re looking for a bisexual novel catering to attraction to both sexes without a freakout, this is a pretty good fit, I would think.
While the writing isn’t particularly lofty or literary like I personally prefer, it is engaging and interesting. There’s definitely more telling than showing, but again, seeing that the book was only 30 some pages I didn’t expect much different. I appreciated that the character descriptions weren’t overarching and purple prose inclined; you get enough to get an accurate picture of the character but you don’t know the brand of every article of clothing they’re wearing plus the exact Loreal shade of hair they have. The focus in this novel is enjoyably on the plot and the romance between “Sabrina” and Liz, and neither take away from the other. The characters are written pretty well, I think; they’re not so in depth that the novel would need to be longer to allow for complete character arcs, but within the constraints I found them to be realistic.
My one complaint is that, maybe without realizing it, this story still centers on men. Without even appearing, Henshaw is a prominent figure, and the primary “villain.” The “voice of reason” in Dani’s life is Jay, her male friend-with-benefits. During the heist, all the logistics and planning are left to the male characters, whereas Dani is tasked with infiltrating and the social side of the job. That doesn’t necessarily have to be a bad thing, but I think I would have enjoyed it more if more female characters had been involved on back-end levels with things like security systems and physically overtaking their opposition.
All in all it was an enjoyable little read. It was paced well and it was interesting, and the ending was sweet. If you’re after a bisexual heist novel for some light reading, I could recommend this.