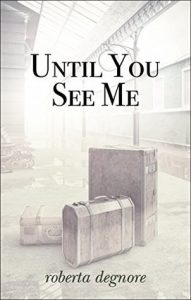 In a Los Angeles train station, a body is found in the trunk of Mrs. Pearl Tild. A body so disfigured, the police cannot even identify its gender. Months earlier, Pearl Tild and her husband Martin are living what seems like wedded bliss. Then, at a dinner party, the mysterious Clare Walsh introduces herself to Pearl as a friend of Martin’s from work. Little does Pearl know that this introduction will irreversibly change the course of not only her marriage, but her entire life.

I’ve struggled with my review for this book almost as much as I struggled with the book itself. The biggest issue I have is the desire to warn about very triggering subject matter within the story, while also not wanting to completely spoil the book for anyone who may want to read it. As a compromise with myself, I have included all the trigger warnings for this book at the end of the review and have done my best to keep the rest of the review spoiler free.

I really wanted to enjoy this book. I’d read positive reviews for it before beginning to read it, and I’m always a sucker for a good murder mystery, especially one that manages to surprise me with some of its twists. This one definitely managed to surprise me, but unfortunately it wasn’t really in a good way.

I found the grammar of the book to be a bit frustrating at times. To be fair to the author, the style invited the use of run-on sentences, but sometimes I couldn’t tell if she was doing it because of the style, or because it was a legitimate mistake. As well, the style itself led to some confusion in terms of where the characters where, and what was happening at any given time. At one point I could have sworn two characters were talking on the phone, and then suddenly they were embracing each other, which was quite jarring. There were several moments that had been thinking, “Wait, what just happened?” and not in a good murder mystery way – more in the “I legitimately feel lost right now” kind of way.

The characters were another thing I found frustration in. This story is largely character driven, with not a lot happening in terms of plot until the very end. I usually adore character driven stories, but that is very dependent on the characters themselves. Here, I didn’t particularly enjoy any of the protagonists of the story (even if, I will admit, I often felt sympathy for the two female protagonists). They all did things I found questionable, all of them used each other in one way or another (some a lot worse than others), and only one character seemed to experience any significant growth throughout the novel. I couldn’t even find it in myself to root for the f/f couple, because both characters acted toward each other in ways that are simply not healthy. Granted, they were the healthiest of all the couples featured in the novel, but I think that says more about how toxic and dysfunctional the other relationships are.

The main thing I enjoyed about the book was the last 50 pages, which I zoomed through and really liked. Unfortunately, I had to slug through about 250 pages of intense internal dialogues and frustrating switches in points of view (for some reason some of Pearl’s sections are told in first person, while the rest of the sections, including some of Pearl’s, are all in third person) to reach those last fifty pages. Even what I liked feels bitter-sweet. And, to top it all off, those wonderful fifty pages ended in a way I never would have expected, and not in a good way. You can look at the trigger warnings below if you’re curious about what happened that turned me off at the end.

I’m sure that there are people who will thoroughly enjoy this book. I’ve read reviews from several of those people. In a way, I almost envy them, because I really, really wanted to like this book. I will say that if you enjoy character driven plots, very morally grey (and some downright evil) characters, and are okay with the triggers listed below, give this book a shot. It might be for you in a way that it wasn’t for me.

Warnings for this book: (MAJOR SPOILERS IN THE WARNINGS) abusive relationships, constant threat of rape, dubious consent, lesbophobia (related to the threat of rape), homophobia, internalized homophobia, mentions of a sexual relationship between an adult woman (over 30) and a 16-year-old girl (justified by the adult woman who shows no remorse in that aspect of the affair), and a dead lesbian (killed in an incredibly cruel and brutal way – off-screen).