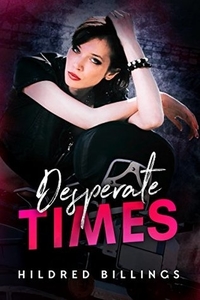 This review contains spoilers. I will state when I am about to go into them, so if you want to read the first few paragraphs to get a general gist of the book, you can do so safely.

Romances between two butch lesbians are hard to come by, so when I found this title I thought I had hit the jackpot.

For many lesbians, living in a small town can be a nightmare for dating opportunities. This is the exact predicament Tess and Sidney find themselves, which inevitably ends in them matching on a dating app and meeting up a local bar. However, each posted some misleading pictures of themselves and both are disappointed to find the other is not femme. For these butches that would usually be a deal breaker, but being the only option for each other they agree to a casual relationship. However, what was supposed to be friends with benefits quickly turns into something more romantic, which becomes a problem in a homophobic, conservative town.

I like a love story with some good, old-fashioned angst, and there was definitely plenty of that here. Tess grew up on a ranch raised by her emotionally distant father and constantly surrounded by men. That plus growing up in a small, conservative town leaves her with a lot of walls and issues to deal with.

Sidney herself is dealing with the frustration of moving from a town with a good-sized LGBT+ community, to this area with absolutely nothing. A place where there is literally just one other lesbian in town. She moved there to take care of a historical building and gives her a set amount of time to stick with it before she’ll allow herself to give up.

This was an interesting premise with a lot of potential and for the first two parts of the book, I felt it lived it up to that. However, in the third part things took a dramatic turn that just did not sit well with me.

There is a big celebration for the fourth of July. Sidney and Tess meet up and then go back to Sidney’s place where they start to make out and then begin to go further. In that moment, they see two of the old, gossipy neighbor ladies are staring at them through the window. At this point they are let into the house for some reason, proceed to rage and throw homophobic insults at them. Tess starts crying at this, and Sidney scoffs at her.

Now, that alone would be bad enough. To see the person that you’re involved with being outed and then crying about it only to scoff and diminish them – that’s bad enough. It portrays Sidney as having no idea the potential danger this puts Sidney and herself in, and also that she doesn’t care about her at all.

Then, Tess’s somewhat-friend Ray comes in and tries to help the situation. So, Tess just goes up and kisses him on the mouth to prove her heterosexuality to the two homophobes.

So, that happens. I can’t really find the words to appropriately explain my feelings about this. I’m going to assume you can imagine them.

After that, Sidney is removed from her position as caretaker of the historical house. Tess pretty much avoids her as rumors swarm over the town about the two of them.

Then, they just up and get back together. There’s a brief and unsatisfying makeup seen. Neither of the characters really grows or changes in the third part. I never really felt like how they were outed and how terribly it affected Tess what was fully dealt with. Tess never really grew out of her emotionally detached state. To be honest, she came off as a jerk most of the time.

It felt like Sidney was looking down on everyone for most of the book in a snobbish, upper-middle class kind of way. Which, considering the conservative homophobia makes sense. But as someone who grew up in and is unfortunately stuck in such a small town, there are beautiful parts to it that I wish could have been portrayed as well.

Like I said, I really enjoyed the first two thirds of this book. However, the final one made it impossible for me to give it a positive review. The author has published more books so I might check those out, because the writing is really well done and the initial premise shows promise for future stories.