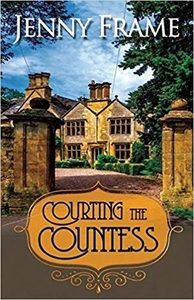 One Reply to “Mary reviews Courting the Countess by Jenny Frame”