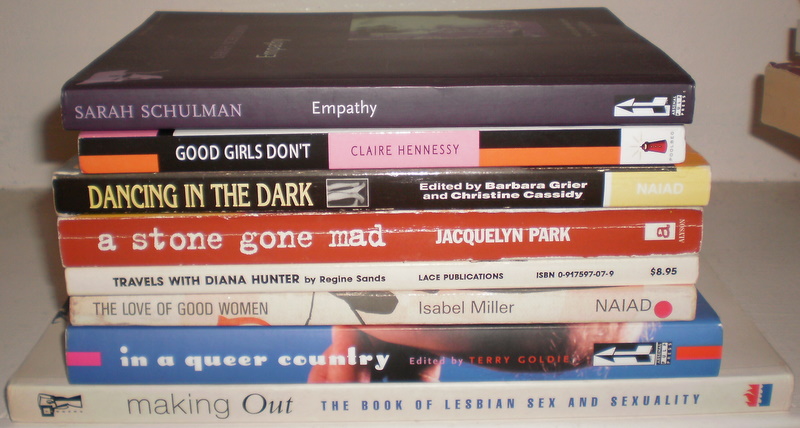 I’ve been collecting lots of new les/etc books I haven’t been updating you on, so here’s the beginning of me catching up! So, here are some of the books I haven’t read yet and why I’m looking forward to reading them. 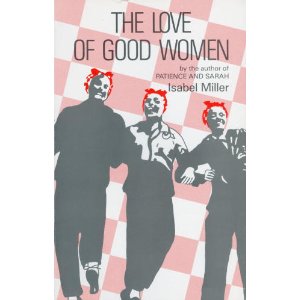 Sarah Schulman is one of the names that’s been filed away in my brain as an Important Lesbian Author. I don’t know how people end up on that list, but it always makes me more eager to read their works. The version I have of Empathy is part of the Little Sister’s Classics collection, Little Sister’s being the lesbian bookstore in Vancouver famous for fighting censorship.

I have an interest in les/etc teen books because I think that’s when a lot of queer people start looking for queer lit. Pretty much everyone is insecure as a teenager, but being queer can make it even worse. Being able to read about other people, especially other teens, going through the same things can be really reassuring. Good Girls Don’t is a bisexual teen book, so it’s obviously on my very long list of books to read.

Dancing In the Dark edited by Barbara Grier and Christine Cassidy is a book from one of the old lesbian publishers, Naiad Press. It’s a collection of short stories, so it will probably be hit and miss, but it includes some authors I’ve heard very good things about, like Karin Kallmaker and Penny Hayes.

A Stone Gone Mad by Jacquelyn Park looks delightfully dramatic! It’s another les/etc teen book, and check out this back blurb: 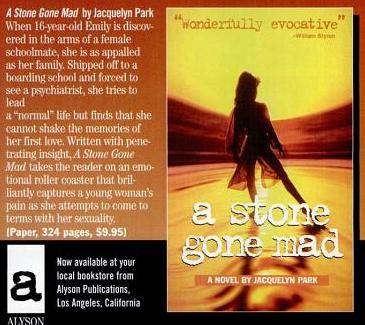 Travels With Diana Hunter looks like it will be a nice, short, sexy romp. All three of the Amazon reviews mention it’s “not PC”, though… What does that mean? I guess I’ll find out.

Did I mention that I liked Patience & Sarah by Isabel Miller? Well, I did. It was sweet, and surprisingly not depressing. 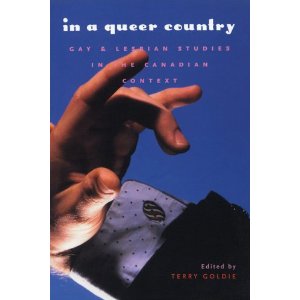 Actually, it’s one of the very books I recommended on this blog. So of course as soon as I saw that she had another lesbian novel, The Love of Good Women, I was more than happy to snap it up.

I don’t think I need to explain why I want to read In A Queer Country. Queer Canada! I’m Canadian! It looks fantastic, plus the back cover mention the Lesbian Rangers. I think my view of the world improved after learning the Lesbian Rangers once existed.

I thought Making Out seemed like it would be an awesome, sexy book, but now I have to say I’ll probably be reading it more for the hilarity factor. This is a book that did not age well. Check out a NSFW sample after the cut. 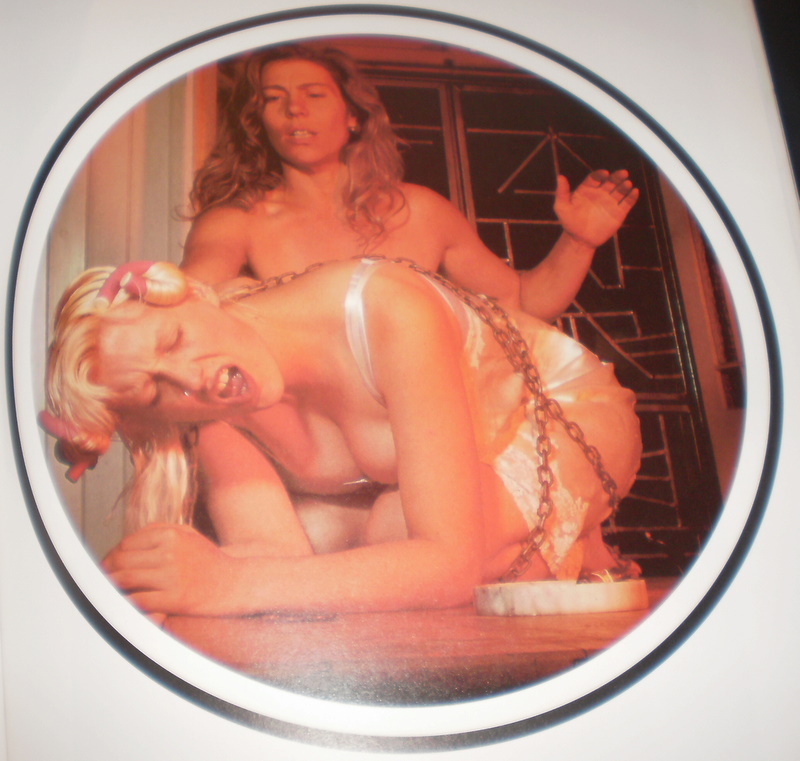